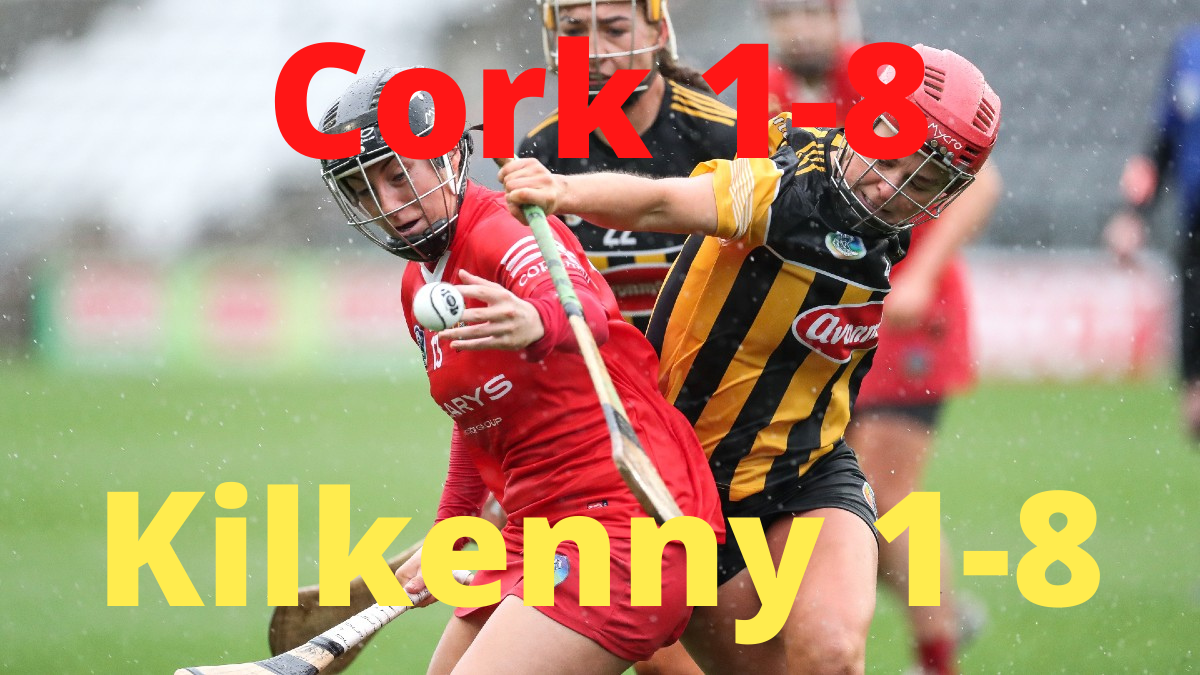 Cork are headed for the Littlewoods Ireland Division One Camogie league final after Chloe Sigerson’s 55-metre free in the fourth minute of stoppage time gave them the draw they needed at the end of a tense and windswept clash with Kilkenny at Páirc Uí Chaoimh yesterday.

Either Tipperary or All-Ireland champions Galway will be Cork’s opposition in the final after a powerful first quarter gave Tipperary enough cushion to withstand a strong second half-showing from Dublin at the Ragg.

It finished 1-12 to 1-8 in favour of the home side, with Dublin scoring first through a wonderful Kerrie Finnegan point before Cáit Devane, Grace O’Brien and Claire Hogan struck back with some excellent points.

A fantastic incisive run from Clodagh McIntyre opened the door for Casey Hennessy to take a pass and crash in the game’s opening goal after 14 minutes to make it 1-4 to 0-1, but Dublin responded brilliantly with three of the next four points of the game, all from the stick of Aisling Maher.

Grace O’Brien and Caoimhe McCarthy restored Tipperary’s six-point lead but Kerrie Finnegan’s goal dragged Dublin back into the game with a goal after 22 minutes.

1-9 to 1-5 at half-time, the scores dried up after the interval, with no flag raised until Cáit Devane fired over a free in the 17th minute. Dublin found some form in the last ten minutes with a well-taken point from Jody Couch and two more frees from Maher, but they left it too late to salvage the win they needed to keep their final chances alive.

At the other end of the table, Down had a heroic effort to come from two points behind at the interval to pick up a 2-11 to 3-6 win over Offaly at Liatroim Fontenoys.

In what was effectively a relegation semi-final given the results that have already happened in the group, 2-4 from Niamh Mallon was the vital contribution for the Mourne County, while Offaly will hope that their fortunes can improve when they welcome back their All-Ireland winning St. Rynagh’s contingent for the relegation decider against Limerick.

It looked for all the world as if it would be Clare who would be condemned to finish bottom of their group and fight it out with the Faithful County when Limerick took an 0-11 to 1-5 win into the final quarter of their game with Clare at the TUS Gaelic Grounds, but a point from Zi Yan Spillane in the 55th minute kickstarted a run of five scores in a row for the Banner girls, who picked up their first win over the season by 1-10 to 0-11.

Áine O’Loughlin found the net for Clare in the first half but Limerick used the wind well and were 0-9 to 1-2 up at the break, with Caoimhe Costello carrying the bulk of their scoring load.

A low-scoring third quarter suggested that Clare weren’t going to be able to reel in their neighbours, but Spillane’s score was followed up by points from Claire Grogan, Eimear Kelly and Chloe Morey to snatch the victory.