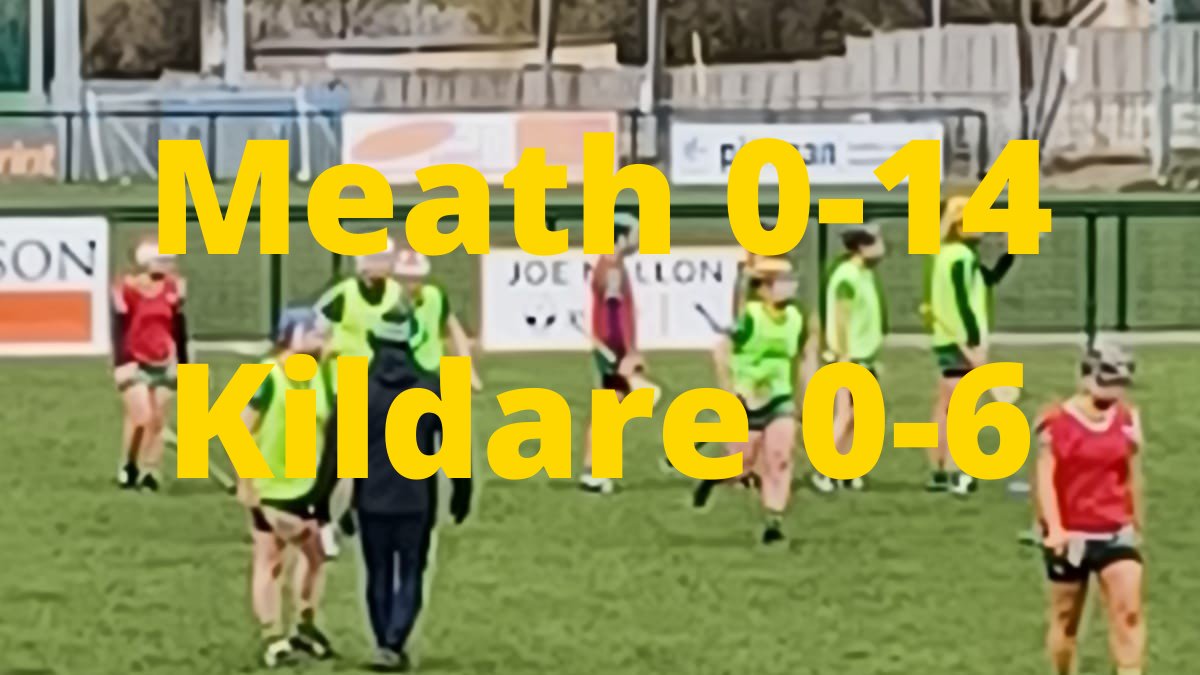 Meath made the short trip to Manguard Plus Hawkfield in Newbridge for this Littlewoods Ireland Division 2 encounter and came away with a comfortable eight point victory over the Lilywhites.

The outstanding Aoife Minogue had the Royals on the scoreboard after just 33 seconds with a lovely effort from 35 metres after winning possession from the throw in.

She extended that lead after three minutes this time off the left hand after Amy Gaffney found her in space.  Grace Coleman came forward from centre back and made full use of the stiff breeze to point  from all of 50 metres.

Kildare were winning plenty of possession but strong defensive work from Maeve Clinch and Sophia Payne in the Meath full back line kept the Lily’s at bay.  Tracy King and Grace Coleman were having similar success in the half back line and they restricted Kildare to just one Leah Sutton free in that opening half.

Sutton did hit four frees wide but in fairness they were from distance and into the strong breeze.

Meath then hit three on the bounce between the 18th and 27th minutes through Kristina Troy, Megan Thynne and Sinéad Hackett to lead 0-8 to 0-1 as half time approached.  Kildare held out in the closing 3 minutes as referee Karol Collins blew for half time.

Joe Quaid’s half time speech had the desired effect and Kildare came out with renewed vigour and determination.  Leah Sutton hit three in a row to close the gap to four after 38 minutes.  The second of those a monster free from 60 metres.

Kildare did have chances to close it even further but apart from two further Sutton frees their effort to get back in the game was shortlived.

Two Amy Gaffney points and a Aoife Minogue free pushed Meath seven ahead again.  It was 0-11 to 0-4 with 15 remaining. Meath pushed for a goal but some excellent defending from Aoife Stynes, Niamh Hegarty and goal keeper Roisin Roche kept the Royals at bay.

Two Megan Thynne points either side of Aoife Minogue’s fifth score of the game was enough to see Meath home to a 0-14 to 0-6 victory.

Meath will have sterner tests ahead, none more so than the visit of Cork next weekend.  They are a fine side with some very strong and skilful hurlers.  In Aoife Minogue they have a class player.

Kildare are a young team who are building for the future and Joe Quaid’s charges will visit Wexford next week as they look to build on the Meath effort.

Special mention to the man in the middle Karol Collins who is new to the game and he certainly wasn’t out of place in this encounter.

Seamus then got the thoughts of Meath manager Brendan Skehan