CAMOGIE: No time for sentiment as returning Power focuses on job at hand 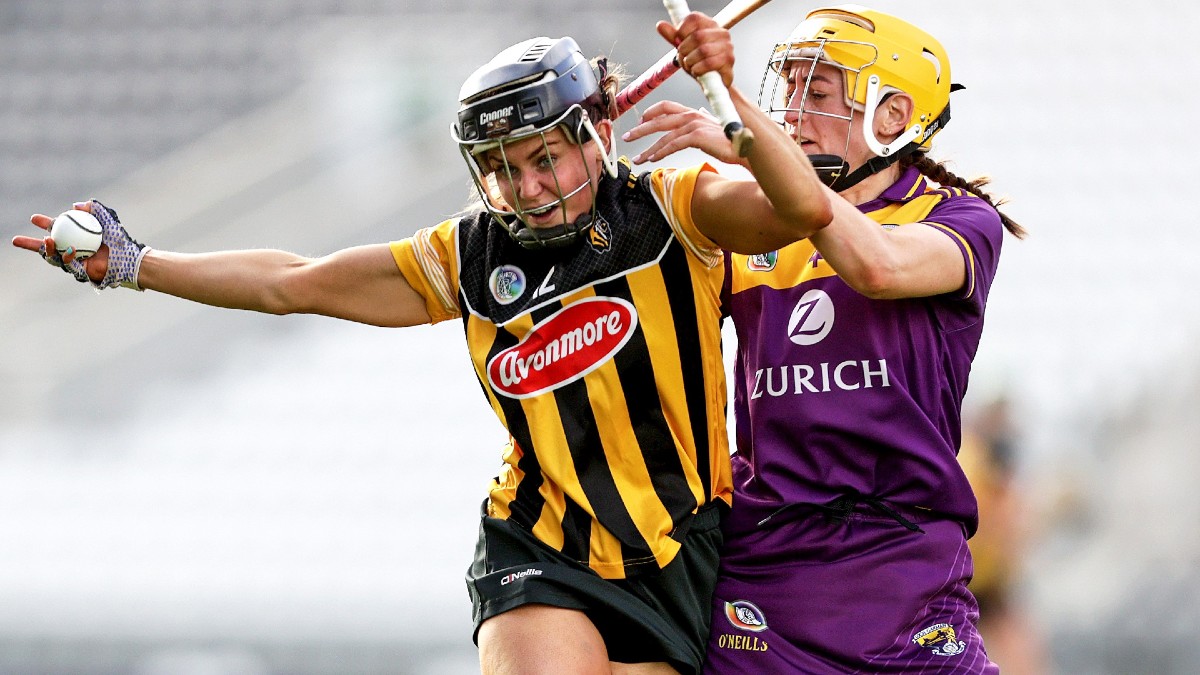 Katie Power has admitted that playing her first full game in almost two years for Kilkenny in last Saturday’s All-Ireland Senior Camogie Championship quarter-final against Wexford was difficult but expects that it will stand to her if she gets the nod for Sunday’s televised semi-final against old rivals Cork (4pm throw-in, RTÉ 2).

“It was tough going,” said Power, who had not started for the Cats since the 2019 All-Ireland final defeat to Galway due to an operation on her finger and then suffering a broken kneecap in training just before her scheduled competitive return.

The Piltown player was introduced towards the end of the League final victory over the Tribeswomen and came on as a sub in each of the three championship group games throughout before finally getting her hands on a starting berth.

“I was like a deer in headlights for most of the match. It was great to be back out there. I’ve waited a long time. The last two years have been tough going so it’s brilliant to be back out with the girls.

“The lads have managed my load unreal. They’ve looked after me. The plan was to try get 60 minutes into me throughout the group games and try kick on for the quarter-finals. I’ve had a good few weeks since the Galway game under the belt and hopefully the full game will bring me on a small bit. I was fairly rusty but I’m just delighted to be back.”

While it is “class” to be looking forward to trotting out onto Croke Park for the competition’s penultimate round, having gone through so much torment, Power insists that her focus is on the group rather than the individual.

She cried bittersweet tears of joy and sadness when the final whistle blew on last year’s All-Ireland final, where Kilkenny ended a series of heartbreaking decider defeats with victory, once again, over Galway, but will be removing emotion from the equation on Sunday.

“It is great but at the end of the day if we don’t win it’s not going to mean anything. It’s not about me, it’s about the team, it’s about the panel and it’s getting back to an All-Ireland final. (I’m) trying to take that sentiment out of things I suppose and the emotion, and just focus on the job at hand. We’ve a big job in hand.”

Her long-time sister-in-arms, Anne Dalton made a dramatic return to the squad three weeks ago after goalkeeper Emma Kavanagh suffered a knee injury. Given her own history, it’s no wonder Power has sympathy for the long-serving netminder, who had won back her place after losing out to Aoife Norris last year.

Having “Queen” Dalton back in the dressing room is always welcome, however.

“It’s under unforeseen circumstances that Emma is injured. She was back in goal for the last few championship games and absolutely hurling out of her skin. Sport is cruel at times and she got a tough injury, so we needed a sub ‘keeper and who else to call on only The Queen herself. All week, (she’s had) a few little words here and there and she’s a great person to have in and around the dressing room.”