CAMOGIE: “Our chain is getting shorter but our links are getting stronger” 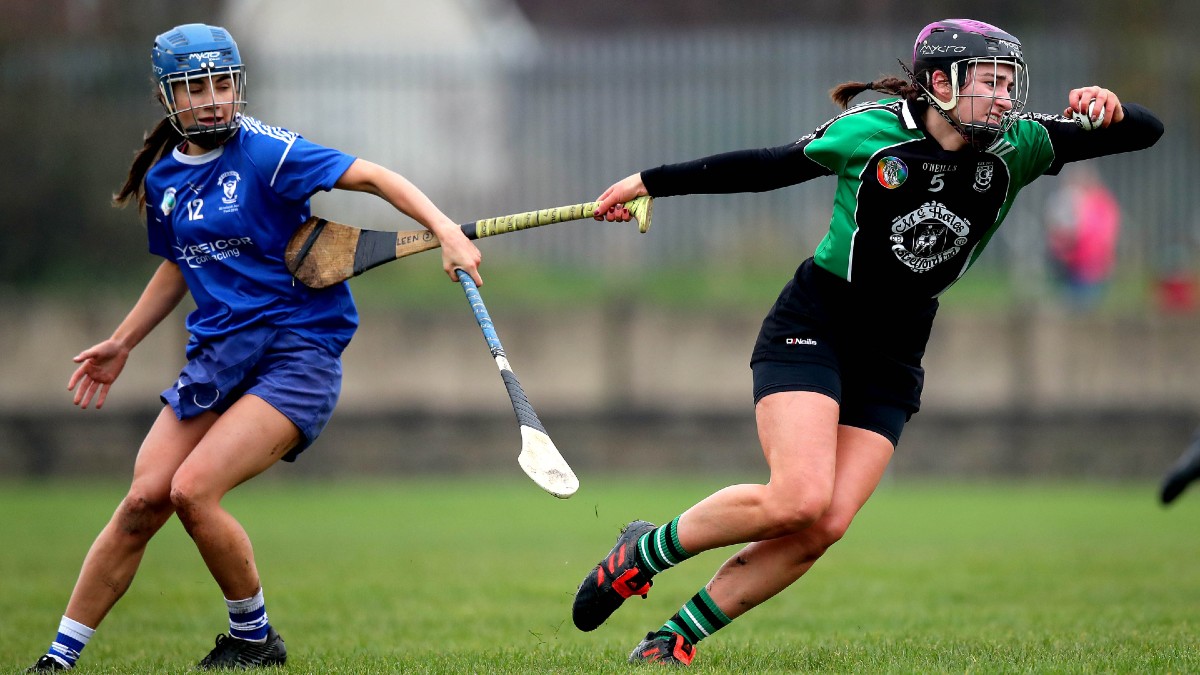 Even by the standards of Clanmaurice and Kerry camogie, the circumstances of their 2020 AIB All-Ireland Junior Club semi-final triumph over Athleague last month were truly bizarre.

They are the same unit at adult level, though the development of two junior clubs and more at underage level points to a much needed increase in depth.

To that end, they are accustomed to overcoming odds, progressing four grades from junior B to intermediate in under a decade in the green and gold, winning the premier junior title at Croke Park in 2019. Just a few months later, the same crop of players finally got over the line in the club championship and they are back in the decider now against the same opposition, Raharney, in Moyne Templetouhy (2pm – Live Stream Camogie Association YouTube), after garnering a fourth consecutive Munster title.

Having their backs up against the wall, as they make the very most of the talent at their disposal from the tiniest pool of players emboldens them. They’re like the old entertainment wrestling legend Hulk Hogan, gaining fuel from a beatdown before delivering the Big Boot followed by the Legdrop of Doom. The victory is inevitable, though it shouldn’t be.

They were tight anyway heading into the semi-final due to the ineligibility of stalwarts Olivia Dineen and Julianne O’Keeffe, who had not participated in the 2020 campaign due to being pregnant and going travelling respectively. They both returned to the fold subsequently and continue to train but are forced to look on from the sidelines, providing another source of motivation.

Then Covid-19 took a swipe the night before. With 2019 skipper Liz Houlihan heavily pregnant – due to give birth in February – there were no alternatives.

Fortunately, camogie rules don’t necessitate a full complement by the start of the second half as they do in GAA. Otherwise, Houlihan would have strapped on a helmet – she was already togged out – and stood in a corner, presumably as far away from the action as ever. Fortunately, she could stand down, not that she did through the entire game and in truth, she had to be shadowed closely enough, just in case she got a notion to run on.

It was and is symptomatic of the group’s DNA, the molecular strength of the bond and what they would do for one another. That has been forged through bad and good, through a shared sense of mission, of place, of belonging, of representation.

So, Clanmaurice just went and won the game quite convincingly and now face a repeat of the 2019 decider, which they won after a replay, with Jessica Fitzell blocking a clearance late on in the drawn game and splitting the posts from 50 metres to secure the second bite.

“I don’t know what, to be honest, I would do without the girls and without camogie,” says inspirational defender Niamh Leen, who climbed the Hogan Stand steps at Croke Park as Kerry captain to receive the Kay Mills Cup in 2019.

“It’s been our lives since we have been so young. Initially I put on a Kerry jersey when I was 11 and I haven’t taken one off since. I have been playing since I was 15 with Clanmaurice and I am 24. So it’s been a journey.

“It was so surreal, 2019, it’s a year none of us will ever forget. But we have had so many ups and downs with this championship season; to win this one would be even more special, I think. The All-Ireland semi-final win just shows the strength of this team and the determination that we have and the fight and the support that we have for one another. If we didn’t have each other’s backs, I don’t think we would have beat 15 girls on the day against 14. It’s unheard of really in any other code.

“We knew we just had the bare 15 and then when we got the text on the Friday night (about the Covid issues), I had a moment, and I’m not going to lie. I was texting and snapping some of the girls and we all had a bit of a moment of feeling sorry for ourselves. And then we were like, ‘Wouldn’t it just be unreal if we were to win with just 14?’

“That was the mentality going up in the car that morning. We met in Kildimo for a cup of coffee and we are all just buzzing, I have never experienced such high emotion around a game. We were just on a high, we were like, ‘This is going to be incredible, we are going to be the team that win an All-Ireland semi-final with 14 girls.’ We just kept repeating it to ourselves and we were obviously messing and joking about it but we were very serious at the same time. It was just unreal to get over the line and now we have Sunday to look forward to, it’s class.”

That mental gymnastics, pirouetting from doubt to certainty, meant Athleague didn’t stand a chance. But it was a less taxing journey for a side used to being short on numbers. Even tomorrow, with Houlihan the only named sub, they cannot afford an injury or a Covid close contact. Raharney have a panel of 30.

“We always said Clanmaurice is about quality over quantity ‘cos we definitely don’t have the quantity. Something Tricky (manager Mike Enright) said a couple of weeks ago, he said our chain is getting shorter but our links are getting stronger. And it’s so true. The respect I have for every single girl on this panel and even the management team. There is just such a buzz at training, there is always a laugh to be had.

“We are the kind of team that when people tell us we can’t we are kind of like, ‘Well, we are going to prove you wrong on that.’ That would be my mindset anyway. I just think, I hate being told that I can’t do something. I hate not being able to do something as it is, so being told I can’t do it is just another level.”

The current numerical situation isn’t sustainable of course as Kerry rise through the ranks but Causeway and Cill Ard will hopefully provide more players to the Kingdom cause in time. Leen herself, as a teacher back in her old secondary school Causeway Comprehensive, does a lot of coaching and is excited about the future.

Unfortunately, the small but fervent North Kerry support will be split and Clanmaurice will be shorn of many who would have made the trip to Tipp by the involvement of Kilmoyley hurlers in the Munster final. Laura Collins’ two brothers, Daniel and Robert – who is also Leen’s boyfriend – will be lining out, as will the Fitzells, Luke and Dougie.

“How many young Kilmoyley girls are going to be going to the Munster final instead of watching us play in an All-Ireland final? We are supposed to be the role models, we are supposed be inspiring and yet, you can’t see, you can’t be.”

The Leen influence is far-reaching, with Niamh’s sister Ann Marie an industrious member of the attack while their father, John is treasurer of the county board.

They know Raharney will have their own fuel, of course, sourced in revenge.

“We are definitely conscious of it but I wouldn’t fear it either. That first day I don’t think we performed in 2019. And then in the replay, I remember being wing-back and I was just in awe at the girls. From midfield on, they just were outstanding, especially in the second half; they just really drove on and they didn’t give Raharney an inch. Hopefully we can bring that again to the table on Sunday and take home the Phil McBride Cup again.”