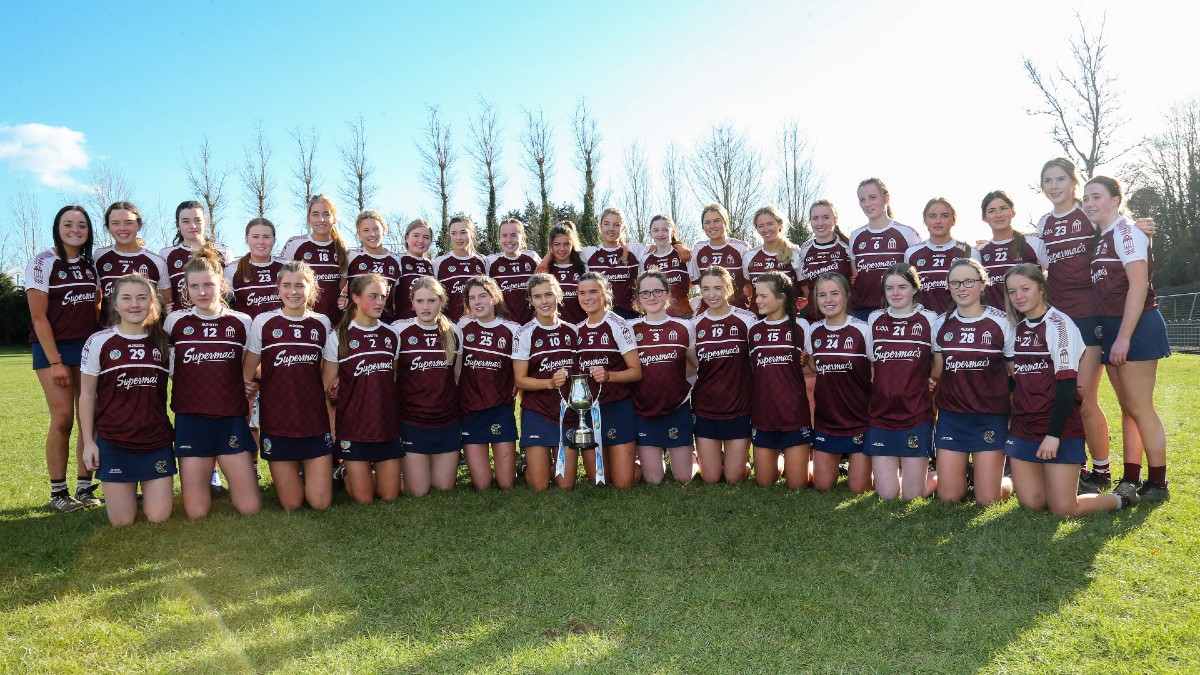 PRESENTATION Athenry bridged a 44 years’ gap to 1978 when they produced a dominant performance to collect Corn Sceilge for the fourth time in sunny Banagher on Saturday afternoon.

Free-taker Sabina Rabitte stood head and shoulders above anyone else in a tough, hard-fought final that got off to a promising start for Cashel when Lisa O’Connor pointed inside the first minute.

However Rabitte equalised a minute later, scoring the first of her 12 points from a 40m free, and that score was quickly followed by a goal from Aisling Connolly. Athenry never lost control from that point with Rabitte accounting for all seven points as they led by 1-7 to 0-3 at the change of ends.

Lisa O’Connor’s frees during the third quarter kept Cashel in touch at 1-10 to 0-7 before Sabina Rabitte and Siobhán Carr let loose during the final ten minutes. Rabitte had collected her 12th point in the 54th minute before Carr fired over two brilliant points from the right wing and topped off a great day for the Galway side with a rather fortunate goal early in injury-time.

Athenry, who survived extra time and a shoot-out from the 45 line in the semi-final win over the holders Loreto Kilkenny three weeks ago, were in control throughout with their defence always on top and Rabitte’s accuracy chipping away at Cashel’s confidence.