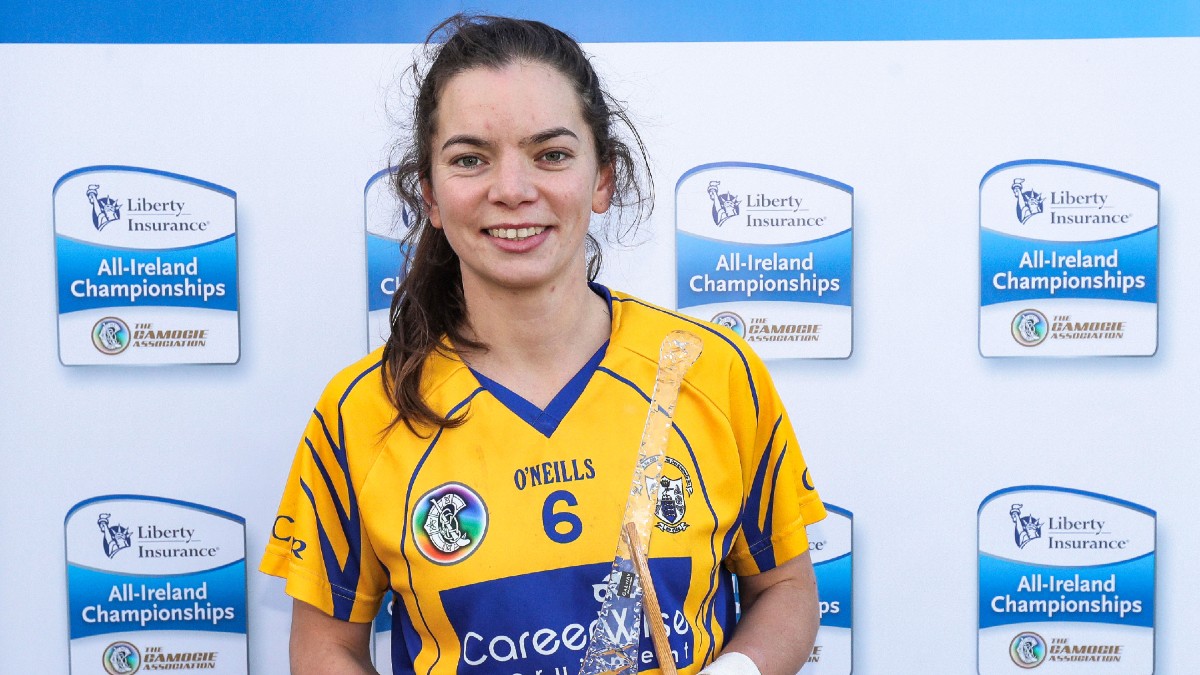 Player of the match, Niamh O’Dea revealed that a desire to show the “real Clare” fuelled a tremendous second-half rally to give Ger O’Connell’s crew a 1-18 to 1-7 triumph over Dublin at Fr McNamara Park on Saturday, and propel them to the Liberty Insurance All-Ireland Senior Camogie Quarter-Finals as Group 3 runners-up.

The Banner women had been beaten by nine points in their opening tie against group winners Tipperary but had plenty to play for in Ennis on Saturday.

“We had a lot to prove after the Tipp game and I think that’s a proper representation of this Clare team”, said O’Dea.

“Rain, hail or snow, we stuck to our game plan. We trusted ourselves, trusted the subs we had and the management.

“The work has gone in since before Covid and after Covid, it’s been massive. But we’ll drive it on now for two weeks’ time in the Quarter-Final and hope we can put up a good show there and show what we’re about.

“It’s our first time in a Quarter-Final in a long time and we’re all just itching for that now and hopefully it goes our way.

“That’s the real Clare side you saw there today. There were a lot of doubts about us in the media during the week. You take that with a pinch of salt as well. We know what we’re about and any side we meet in a Quarter-Final, we’re not going to fear them.”

The home team only lead by 0-6 to 0-4 at the break but Mairéad Scanlan turned the tie on its head with a stupendous point soon after the resumption, followed by a 38th minute goal.

The margin continued to extend and Sinéad Wylde’s late goal for Dublin was of statistical interest only.

Meanwhile, the manager of All-Ireland champions Galway, Cathal Murray labelled next week’s opponents Cork the favourites for this year’s competition after his team’s 3-13 to 0-3 defeat of Offaly at Pearse Stadium yesterday set up a clash with the Rebels, with direct progression to the Semi-Final on offer.

Both sides are already assured of a Quarter-Final spot, Cork having done the necessary by overcoming Wexford, 3-12 to 1-8 on Saturday thanks to a brace of goals from Amy O’Connor and a late major from substitute Saoirse McCarthy.

Niamh Hanniffy found the net twice in the first half for Galway, and Aoife Donohue hit a delightful goal soon after the restart and though the westerners only managed another two points, Murray was disinclined to be critical given the atrocious conditions.

“In the first half, we’re really happy with the way we played”, Murray declared. “2-11 is a great score at half-time. It’s wet and cold out there. The second half went away from us a small bit. We probably tried to take too much out of the ball and walk it into the net but overall we’re happy.

“It’s atrocious conditions. It’s awful hard playing into that breeze and the wind. We came here looking for the victory. There’s plenty to improve on but we’re happy.

“I was listening to (Cork manager) Paudie (Murray) and he was talking about how it wasn’t worth his while coming up but we know how good Cork are. They’ve Gemma O’Connor to come into the team, Saoirse McCarthy came on (against Wexford), Cliona Healy came on.

“They’re favourites for the All-Ireland for a reason. They’ve been there and done that. It’s a huge task for us next week but it’s something we’re looking forward to.

“Where we are and where Cork are, we have two chances to get to a Semi-Final. You either take the chance next week or you go into a Quarter-Final against the likes of Tipperary, Waterford or Clare. That’s a lottery and you get caught there. So there’s a lot at stake and I’m sure it’s gonna be a cracker.”