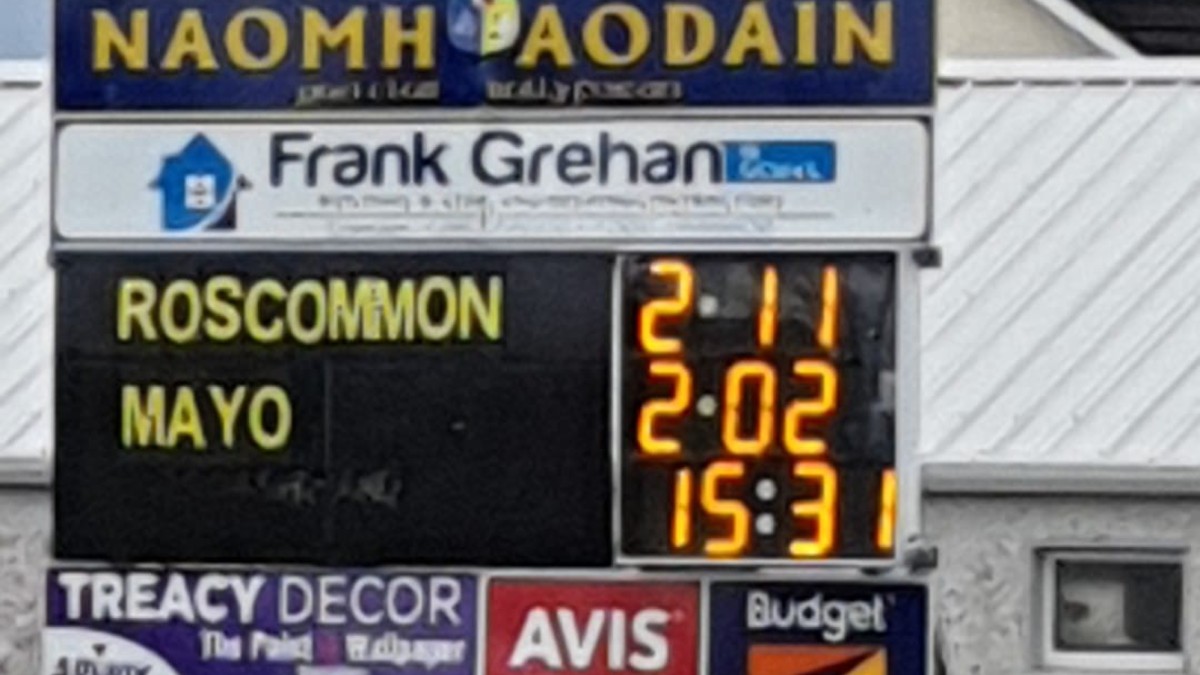 Roscommon’s senior camogie side were singing the blues at the conclusion of this opening round in Division 4 of the National League after weathering a determined Mayo assault.

Calm conditions proceeded an unexpected downpour before throw-in and the newly returned green and red outfit managed an interval advantage thanks to goals from Lisa Scahill and Meabh Delaney.

Needing an adjustment following 30 minutes were they were outplayed, the hosts made one of a number of significant changes as they discarded their primrose colours for more predominantly blue jerseys and never looked back after the restart.

Camogie hadn’t seen competitive action in 22 weeks but for Mayo, the wait at adult level went all the way back to the 1970s but sterling work from volunteers throughout the county finally put them back on the inter county map.

Jimmy Lyons is overseeing a young squad who’d tasted national success through the underage ranks but their credentials were about to receive a stiffer examination.

Who would write their name in history for Mayo’s first score this century took just three minutes to determine.  Mairead Mooney picked out the free Lisa Scahill outside the penalty area and even though she needed a second swipe, the Westport full forward marked their return with a goal.

It was an ideal start for the underdogs and they went four clear following Delaney’s placed ball three minutes later before Kelley Hopkins opened Roscommon’s account on seven minutes.

2020 was a year the primrose and blue would choose to forget with their All-Ireland premier championship campaign ending after defeats to Armagh and Cavan.  But the arrival of new manager Frank Browne appears to have rebooted the county even if they needed time to show it.

Rebecca Brennan picked out Nicola Crean for Roscommon’s second on 10 minutes before they struck a first decisive blow.  Shauna Fallon, like last year’s All-Ireland semi-final against Cavan, sent her long range free into danger territory and it crossed the line for their opening major.

Roscommon were 1-2 to 1-1 ahead but Mayo showed character with their reply.  Erin Murray’s influence was telling, especially during the second quarter, and her raid down the right secured a free Delaney kindly converted.

It was all square at the water break before Fallon restored Roscommon’s advantage.   But another Mayo placed ball on 25 minutes showed the visitors’ intent.  Delaney’s shot had venom and bounced right in front of keeper Michaela Fallon before rattling the net and Lyons’ side were 2-2 to 1-3 ahead.

That that would be Mayo’s last score couldn’t have been envisaged at the time.  Sinead O’Brien reduced Roscommon’s deficit on 31 minutes leaving it 2-2 to 1-4 at half-time in Mayo’s favour.

Browne’s experience at inter county management level in three different codes means decisions on the line are quickly made.  The jersey change during the break was followed by the arrival of substitute Lena Gacquin on 35 minutes.

And it was different Roscommon team that lined up for the second half.  Hopkins and O’Brien are two returning stars along with new captain Niamh Coyle, who was a player of the match contender along with midfielder Niamh Watson.

The duo, supported by Rachel Fitzmaurice, who made the SportsDaz Team of 2020, and Áine O’Meara started to boss proceedings – Roscommon’s experience at a higher level starting to tell on their younger opponents.

It took eight minutes before the umpires were troubled.  O’Meara levelled the teams before 60 seconds later, Watson made it 1-6 to 2-2.

A foul on Brennan allowed Fallon put two between them but on 44 minutes, the Premier Junior side were firmly in front.  The recently introduced Tara Naughton won a ’45 that Fallon sent towards the opposing goal.  The break fell perfectly for Gacquin who finished off the rebound.

When Watson set up Fallon for a white flag on the three quarter mark, Roscommon were 2-8 to 2-2 clear but despite never relenting for the cause, the contest’s pace seeing Mayo fall behind.

They enjoyed more possession during the final 15 minutes but failed to significantly trouble their opponents on the scoreboard.  Watson through a foul which Fallon converted in the final minute of normal time.

Fallon added another before, with her first touch of the game, Tulsk’s Alisha Lenehan wrapped up proceedings and Roscommon’s six month wait for action resulted in a nine-point victory.  Mayo goalie Aoibheann Crawley produced a superb save to deny Naughton at the finish.

Kildare defeated Louth in the other group game in Division 4; while Tyrone and Cavan enjoyed wins in Group 1.  Roscommon head to Darver to meet the Wee County next Saturday (22nd May); while the Lilywhites travel to Tooreen for Mayo’s first home game in nearly half a century.