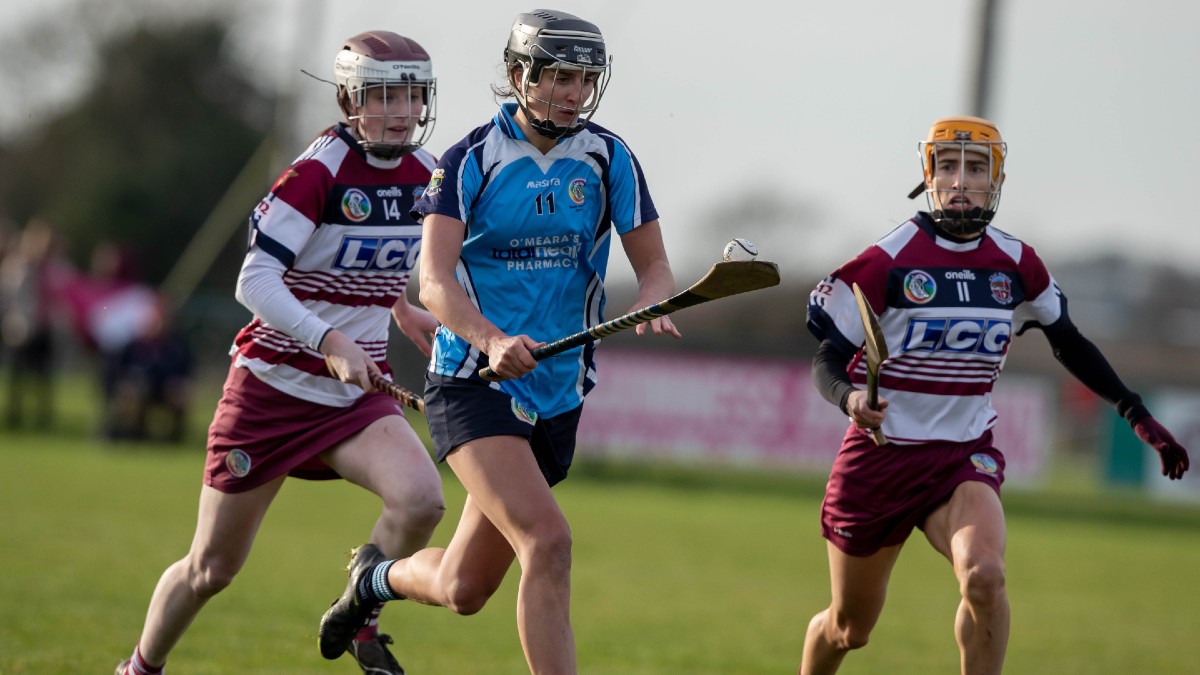 Mairead Scanlan is defending the honour – nay, the personality type – of the accountant, laughing at the bad rap number crunchers get for being dour and boring.

The former Clare camogie stalwart has recently just started working closer to home in Ennis, with Inis Environmental, having previously been commuting to Castletroy. The job spec is similar, but she is enthused by ecological thrust of her new employer.

“Everyone has this stereotype,” she says with a giggle. “I know, it’s hilarious we get such abuse. Well, I’m not like that anyway.”

There isn’t time to delve deeper into Scanlan’s one-woman campaign to prove accountants have all the fun, intriguing though one suspects it might be, but the fact that the words ‘laughing’ and ‘giggle’ have already been typed is a strong opening gambit for sure.

Things have certainly been adding up on the pitch for a number of years, particularly with Scariff Ogonnelloe, who the 32-year-old captains in this weekend’s AIB All-Ireland Senior Club semi-final against champions Oulart-The Ballagh at Clonmel Commercials GAA tomorrow at 1.30pm.

They are in august company, given that the other three semi-finalists have won the last five titles. In contrast, the Banner representatives were playing in a junior final little over five years ago in November 2016, losing by a point to Kildare side Johnstownbridge in Birr. Coming as it did, three years after the defeat to Myshall of Carlow in another decider, it was a bitter pill to swallow.

But far from causing a disintegration of the team, it heralded a new dawn of achievement and when Scanlan plundered a goal in the fourth minute of injury time to snatch a one-point victory over Tipperary kingpins Drom & Inch in Mallow four weeks ago, a second Munster senior title in three seasons had been garnered in the most dramatic of fashions.

“It’s pure fairytale stuff really,” is how Scanlan describes it. “When I was 17 or 18, we won junior in Clare for the first time with Scariff. We went up to intermediate and stayed up there but we would have been struggling for numbers so that’s when we joined Ogonnelloe. So we joined 2009, 2010 but we became a club officially in 2012 and won intermediate. Got to the All-Ireland junior final through that in 2013. Then we’d a couple of years and we were relegated from senior and we have got up there now to senior again since 2016 and just stayed up there. We have been in semis since we got up, finally breaking through in 2019 to win the county title.”

The relegation actually helped breathe new impetus to the progression, providing a gentler introduction to adult fare for some fresh blood, as well as the psychological boost of winning, rather than struggling. They were ready to make an impact when returning to the senior ranks and have done so in no uncertain fashion.

For Scanlan, it is an absolute joy, having been immersed in it as long as she remembers, playing on the lawn with her brothers John and Michael, who both hurl with Scariff now, the latter as captain. And as has happened in many a house in Ireland, there was damage done to the property. The creative and imaginative camog overpowered any pragmatic calculation gene the future accountant may have possessed and the inevitable occurred.

“Even the shed out the back; I would have been aiming for a really tiny window, and I was like, ‘Yes, I hit the window!’ but if you hit the window it’s going to go through it. Good aul craic.”

It honed the skills and tussling with the lads gave her strength. That combination, allied with some excellent work done locally with them as kids by Pat Minogue, the husband of former Irish rugby international Rosie Foley (sister of the late, great Anthony), ensured that Scanlan flourished with club and county, prior to calling it quits with Clare last year.

She remains a key cog for the not-so-moody Blues however, providing a player-of-the-match performance in the recent Munster decider. Physically, she feels really good, crediting ice baths, foam rolling and having to keep up to speed with the youngsters for her enduring fitness.

The improvements in the support services in camogie through the duration of her career have been astonishing, and the benefits are obvious as the standard of play is at an all-time hight.

“The game is huge now. If you’re not fit and strong it’s hard to showcase your skills because you are going to be pushed off the ball by someone who is naturally stronger. Everyone is doing the same work now. If you’re not you will be found out for it. It’s definitely making it much more competitive. It’s better to watch because you have everyone training at a really high level. Skill shines through then when everyone is at the same level of fitness and strength.”

The proliferation of streamed games as a result of Covid lockdowns has helped boost the profile of the game further and the next step, as far as Scanlan is concerned, is for the integration of the Camogie Association, GAA and LGFA to take place.

The merger of the WGPA with the GPA had immediate benefits for female players says Scanlan, who found the regular communication with the players’ body through Covid, as well as the provision of little extras like foam rollers and other essentials, very beneficial.

The GPA has now re-introduced the integration issue to the agenda and having also been championed by Hilda Breslin upon the Kildare woman’s election as President of the Camogie Association, Scanlan hopes that she will see it happening sooner rather than later.

“I think it’s a no-brainer,” she says simply.

The immediate battle must take place on the pitch though. Scanlan understands the challenge of attempting to slay the Oulart-The Ballagh giant but having gotten to within a goal of Slaughtneil, when the Derry side were pursuing a fourth consecutive All-Ireland Championship two seasons ago, Scariff Ogonnelloe are infused with belief.

“I remember when we lost against Slaughtneil in 2019. I was sitting in the dressing room and I was miserable. I was like, ‘I don’t think I’ll get this chance again.’ On a personal level, to get the chance again is motivating. I feel so lucky to be back again and so soon. You just have to take these chances and really enjoy them.

“Since the Munster final has been over, I have been looking forward to this game. We are just so lucky and privileged to go off and play in an All-Ireland semi-final with your club. There is nothing bad to say about it.”

Time to balance the books.