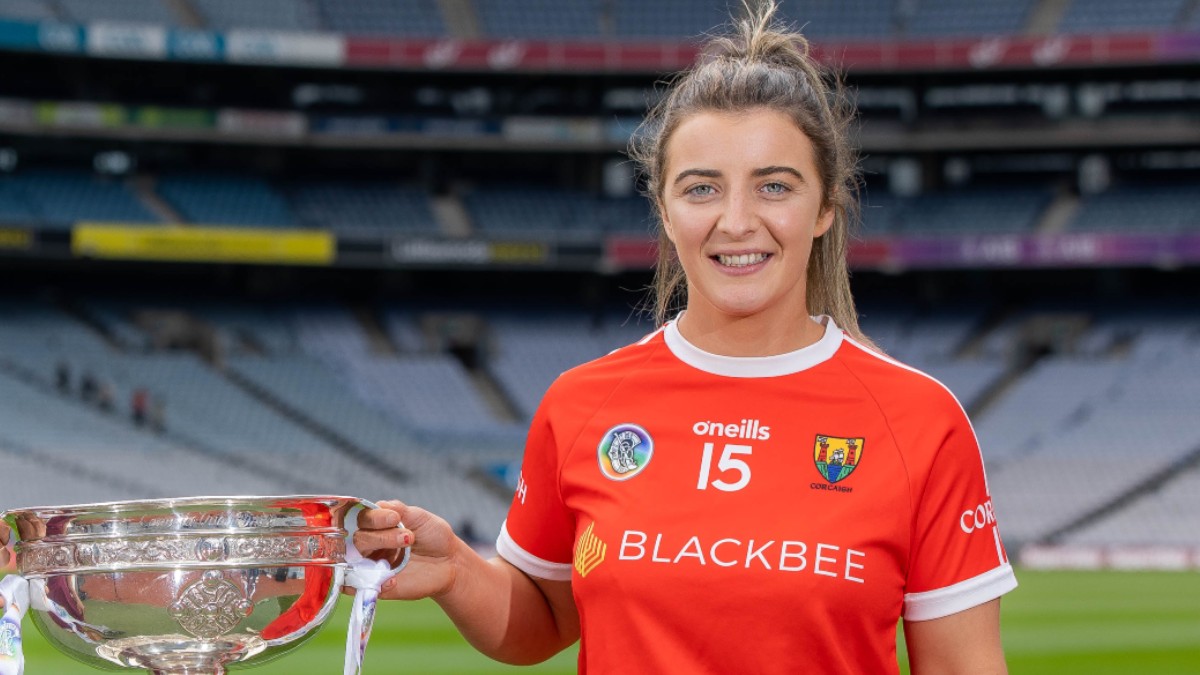 Linda Collins has been named to lead Cork as they bid for a 29th All-Ireland Senior Camogie Championship title against Galway at Croke Park on Sunday (Live RTÉ 2 – 4.15pm).

Collins comes in for four-time All-Ireland winner Orla Cronin, who has had a three-game suspension imposed after being sent off late in the Rebels’ semi-final victory Kilkenny.

The dismissal will be appealed to the Camogie Association’s hearings committee tomorrow night (Friday) however, in a bid to clear the cerebral Enniskeane sharpshooter.

Collins was introduced in the 50th minute of the semi-final to considerable effect, being heavily involved before striking a dramatic injury-time winning point.

Former underage star Cliona Healy is a notable addition to the match-day squad.

There is no change to the Galway team that got over the line against Tipperary, corner-back Dervla Higgins succeeding in having her red card rescinded due to a case of mistaken identity and able to prepare for her maiden senior decider. She is the only debutant in an experienced line-up.

Carrie Dolan, who has not played since suffering a serious knee injury in the opening round victory over Westmeath, has been named among the substitutes but so has long-term cruciate knee ligament victim Heather Cooney, as the Tribeswomen look to add to their three titles and go one step further than last year, when they lost in the decider to Kilkenny.

Antrim look to do likewise in the All-Ireland Intermediate Final (Live RTÉ 2 – 2pm), after losing to Down last year and they make no changes from their excellent victory over Galway.

There are a dozen survivors from last season’s decider with Áine Magill, who played such a key role in that defeat of the Tribeswomen and also scored a vital goal as Antrim drew last weekend’s All-Ireland Minor B final with Offaly, one of the trio coming into the team along with netminder Catrina Graham and Maria Lynn.

Kilkenny stand in the Saffrons’ way of glory and they too go with the same 15 that began against Meath last time out. Sophie O’Dwyer is a real threat from frees and play, while the side is captained by full-back Róisín Phelan, who has the vastly experienced Leann Fennelly, a previous winner at this level and captain when the Cats lost the senior final in 2014, in front of her.

Armagh will be looking to make it two-in-a-row in Sunday’s opener, the All-Ireland Premier Junior Camogie Final (Live RTÉ 2 – 12pm) and they have one alteration to the side that overcame Clare at the penultimate hurdle, Orlaith Murray coming in for Niamh Forker at right corner-forward.

Mattie Lennon has called on six players that were not in action in the victory over Cavan last term: Stephanie Curry, Caella Casey, Gráinne McWilliams, Shelly McArdle, Colette McSorley and Bernie Murray.

The Wexford team indicates one alteration from the unit that began the semi-final, with Kate Devereux listed at right half-forward in place of Megan Cullen.

Devereux was also named to start against Roscommon but Cullen started instead and was very prominent early on with a stunning goal and a point, only making way in the closing minutes, by which stage Devereux had also entered the fray and the game was well and truly in the bag.

Aisling Halligan, Ciara Banville, Ailis Neville and Emma Tompkins will be hoping for better luck as they make a quick return to Croke Park, after lining out for the ladies’ footballers in their intermediate final defeat to Westmeath last Sunday.

All three games will be televised live by RTÉ, with coverage starting at 11.45am.

Tickets are available on ticketmaster.ie.