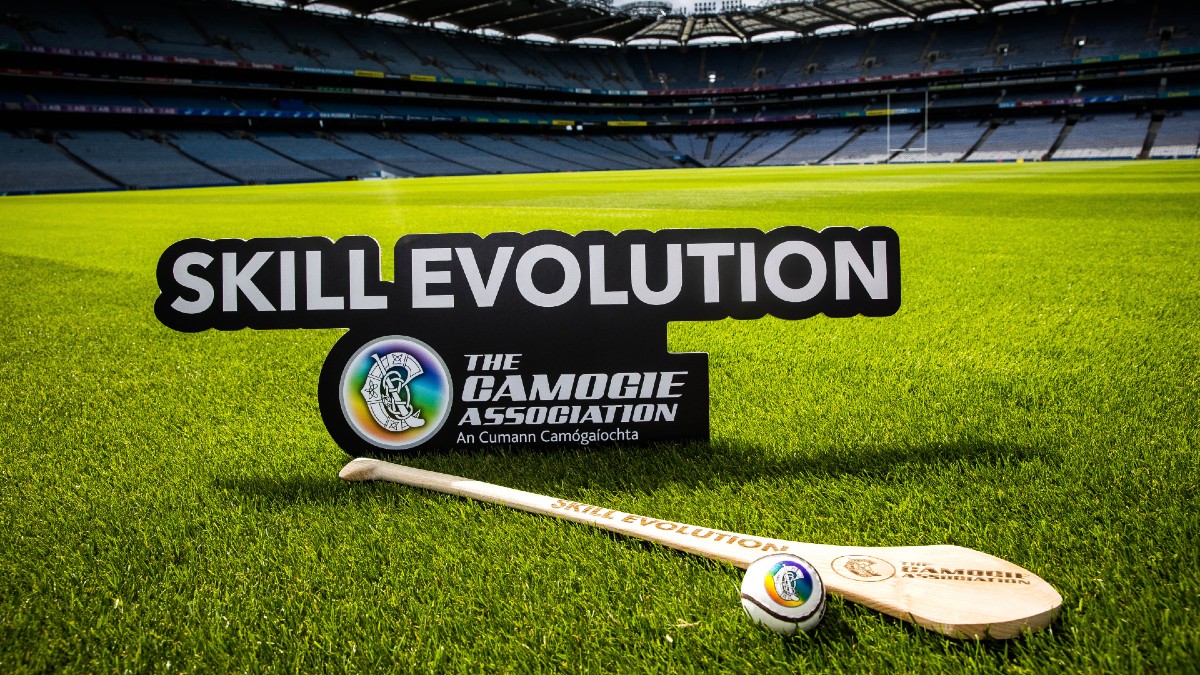 The Camogie Association are delighted to launch Skill Evolution. Skill Evolution is a suite of videos which provides coaches, teachers, parents and players a modern look at the technical skills of the game of Camogie and their progression across the player’s phased development.

This resource provides an easily accessible tool which endeavours to maximise skill practices within Camogie’s youngest players in their formative years, through to the adult player who continues to refine their skillset in preparation for competitive action at club level and beyond.

“The Games Development team looked first at the changing and differing learning needs of the modern coach and player. We wanted to create something which lent itself to the modern player and something that would stimulate a clear vision of where a player/group of players are in their development, where they are going, and give direction in getting there through their practices”, said Liam Clancy of the Camogie Association at this morning’s launch at Croke Park Stadium.

Skill Evolution exhibits fifteen of the technical skills of the game of Camogie. Under 8, Under 12, Under 16 and Adult players act as signposts within the development of each skill providing a visual representation of the skill in action whilst also providing succinct and appropriate coaching cues through the voiceover of Ciara Doyle (Scariff-Ogonelloe Camogie Club).

Louise Conlon (Technical Development and Participation Manager, The Camogie Association) said; “It is our great pleasure to publish such a modern resource for the use of our members going forward. Skill Evolution can be utilised by all our members in a variety of ways, be it volunteering at underage Go Games level, involvement in speed leagues at youth level, or incorporating it as part of our many existing programmes such as the MNA Hurl With Me Programme. Skill Evolution offers viewers a vibrant insight into the modern-day Camogie player, as they progress through the phases of the Gaelic Games Player Pathway”.

Liam Clancy said; “As a team, we wanted to produce something which was easily accessible and  provided the short, sharp information and visual that’s required. Skill Evolution does that and provides an anchor of support to the viewer, be they a player themselves or someone involved in the development of players within the game of Camogie. We looked across various sporting contexts in the search for resources which subtly blend the phases of player development and the coaching of such but had little success. Skill Evolution depicts the smooth transition from phase to phase in the one place, at the one time”.