CAMOGIE: “The game is never won until the final whistle is blown” – Kilkenny’s Mary O’Connell 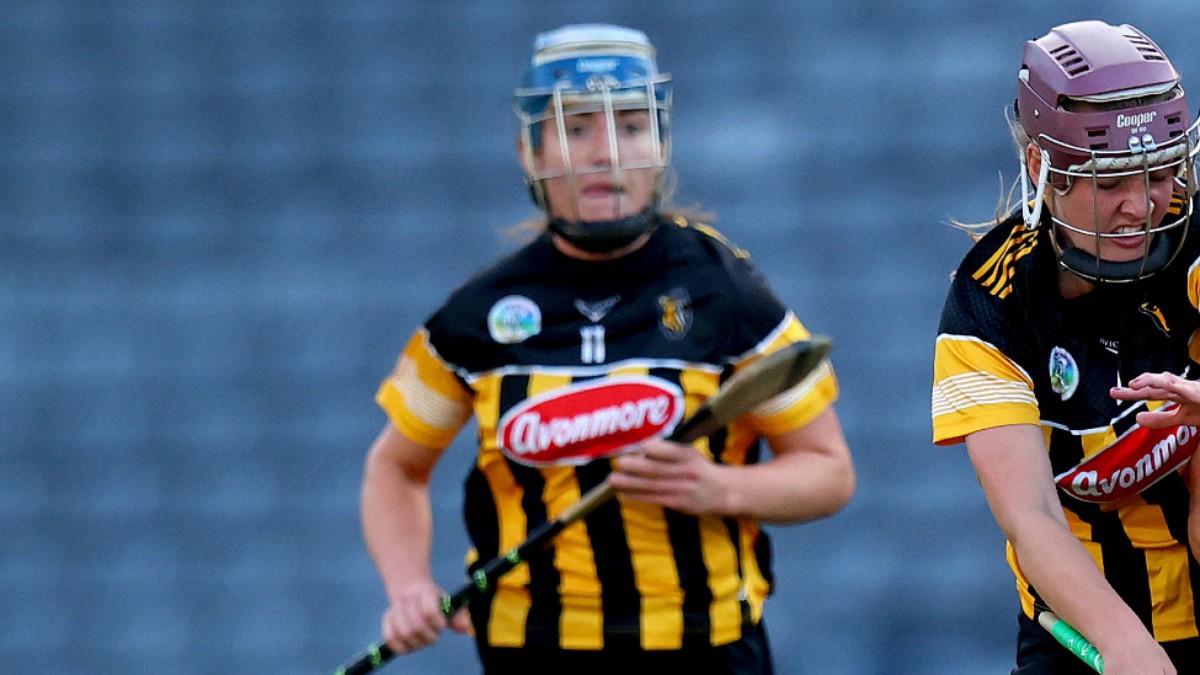 It might not be the double but like the Tiger Slam, maybe it’s a Kilkenny Double, with Brian Dowling’s Cats in possession of camogie’s two primary trophies after repeating their December All-Ireland defeat of Galway in a thrilling Littlewoods Ireland Camogie League Division 1 final.

Once again, the teams were separate by just three points, which just happened to be what Mary O’Connell provided in a scoring sense but she was just one of a number of players who stepped up to the mark after a slumbering first-half performance.

It has been a bit of a feature of their National League campaign, and in particular in the knockout stages, when they had to dig deep to overcome Limerick in the quarter-final and then, rescue what looked a forlorn situation against Tipperary to clear the penultimate hurdle.

It wasn’t looking pretty as they trailed by four just before half-time, Aoife Doyle’s stunning point from a tight angle making it 9-6 at the interval.

When they returned to the Croke Park pitch, they were a different cohort altogether, operating at the required levels of intensity and energy all over the pitch. Doyle drilled a fantastic goal and they Kilkenny hit another five points to turn that three-point deficit into a five-point lead.

According to O’Connell though, the belief buttressed by chiselling out those two wins against Limerick and Tipperary played its part too. They never doubted that they would have the trophy with them heading back towards the Nore.

“Whenever you get to Croke Park and there’s silverware up for grabs, of course you want to win,” noted O’Connell, who has been a revelation since breaking into the team last season. “It’s a great feeling, we’ll enjoy it for a few days, then reset and focus on the championship again.

“The more you can get the better. Sometimes it can be a long time coming. Galway are unbelievable. They were up by three points at half-time. They threw everything at us in the second half as well but fortunately we were on top at the final whistle.”

“Even personally, I was making a few mistakes in the first half and was unsettled. You go in at half-time three points down, all you can do is throw the kitchen sink at it in the second half and hope for the best and that’s what we did. There’s huge hunger. The first ten minutes of the second half we pushed on and the win stemmed from there.

“And it was even just building confidence getting those scores, especially getting scores from play. That’s huge for us. When you see Aoife Doyle hitting that ball into the roof of the net, that gives huge confidence for the team.

“The last two games against Tipperary and Limerick, we only won both games in the last five minutes, so we know we have to play for 60 minutes. The game is never won until the final whistle is blown. That’s what we’ve learned over the years, it’s so important to stay going, don’t panic.”

Some observers painted those latter performances negatively but O’Connell maintains they miss the point of the escalating standards and depth in camogie.

“It’s great to see. Tipperary probably should have beaten us and Limerick were absolutely brilliant as well. I was blown out of the water by how good Limerick were. It will be a good championship.

“Having the League final on TV was great. The more coverage this game gets the better. It’s building and building and hopefully it stays going that way.”

O’Connell retains a great degree of respect and admiration for Galway and the old rivals will resume acquaintances very soon.

“It went down to the wire. We were still level with time almost up and that’s what Galway bring. So we are just delighted to get on top but we have them in championship again in few weeks’ time so we’ll be focusing on that now.”