CAMOGIE: “The older girls learned a lot from the younger girls and they learned hopefully a bit from us” 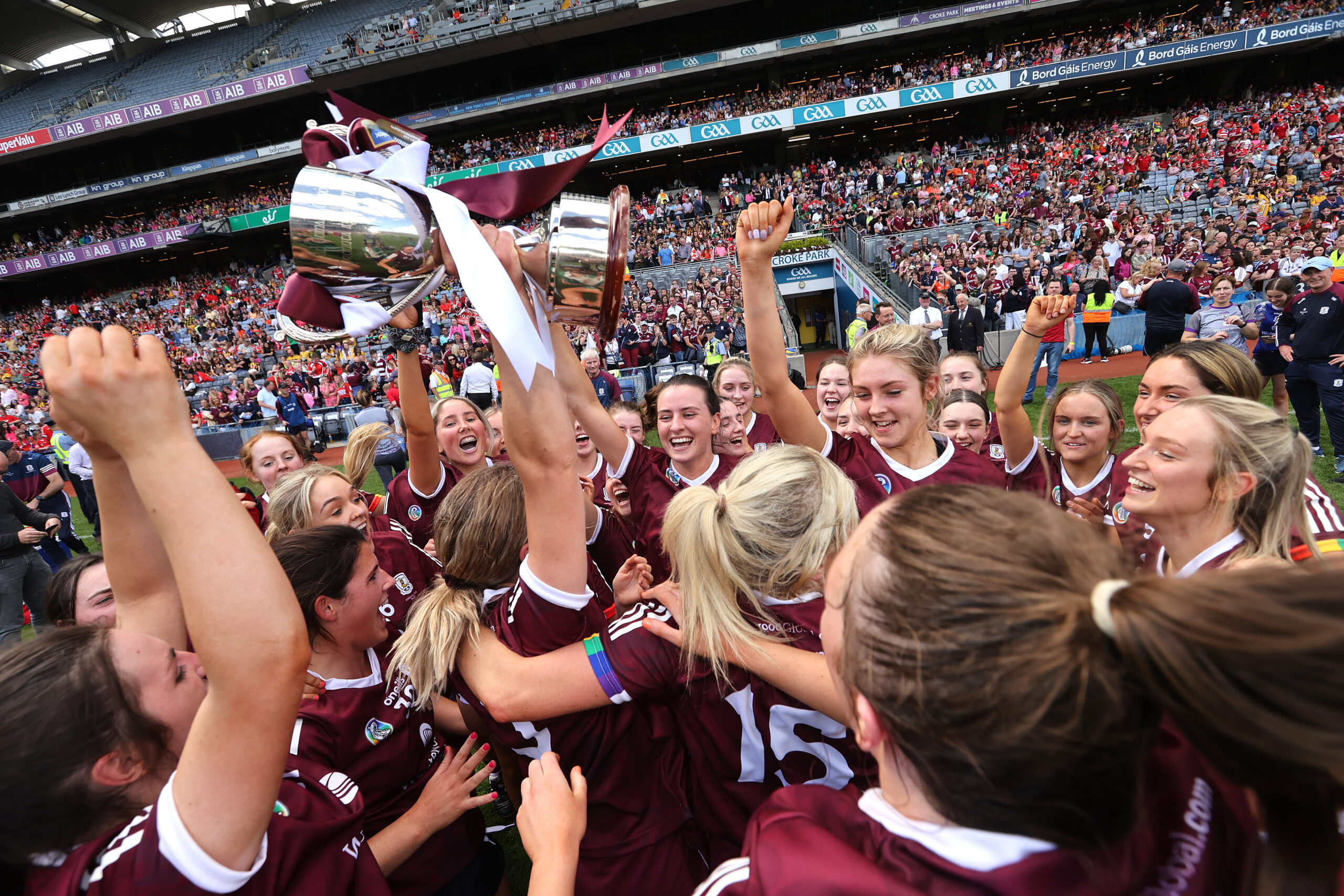 Laura Loughnane is predicting a very bright future for Galway’s next crop of champions, after a young intermediate side chiselled out a two-point victory over Cork in a tight Glen Dimplex All-Ireland Intermediate Camogie final.

For the Eyrecourt attacker, who scored three excellent first-half points, it was sweet redemption after her club had fallen to Cahir at the mecca of Gaelic games in the club intermediate decider of 2016.

But while she enjoyed being on the right side of it, she played down her own role and paid tribute to the slew of young guns who were involved in Cathal Murray’s new-look unit.

“I still can’t believe it. There’s just a lot of emotions but I’m delighted,” said Loughnane

“It’s a completely new team this year. It’s basically made up of 17, 18, 19-year-olds and seven or eight of us bringing up the average age. I’m so proud of them, they’re unbelievable.

“The older girls learned a lot this year from the younger girls and they learned hopefully a bit from us. I’m so glad to have won it with this bunch because they’re unreal.

“It’s a dream to be in Croke Park with your county. We’re Galway’s second team so the support that’s come to see us is unreal. Your only club girls coming up and congratulating you it’s wild.

“Most of the girls are minor girls that are here today. That’s what’s coming through. I can’t wait, when my time is up in a few years, to sit back and watch them coming up. I’ve no doubt most of them girls will be playing senior camogie in the next few years.”

“I’ve floated in and out with the intermediates but I was in Croke Park with the club and we lost it. So it’s good to right the wrongs today. That made up for it. I hit a few bad wides but hopefully it balanced itself out with the ones that went over.”

Galway were reduced to 14 in the 52nd minute when Kate Manning was shown a second yellow card in six minutes, but hard though Cork tried, they never really looked like scoring a goal though Katie Anna Porter did make a goal-line clearance from a Joanne Casey shot late on.

That said, they were a little fortunate when Joanne Casey surprisingly elected to shoot low from a free just outside the 20m line in the 56th minute, with two points between the sides.

Katie Gilchrist shot seven points for the victors, while Casey hit six for Cork in a game in which scores from play were hard to come by.

Loughnane and Cork’s Lauren Homan fared best in that regard, with three each but both teams were guilty of poor deliveries, all too often hitting the ball down the throat of the respective sweepers, Ciara Hickey (Galway) and Ashling Moloney (Cork), who did their jobs supremely well.

It was 0-10 to 0-7 at half-time and became a real dogfight after the interval. Subs Laura Kelly and Rachel O’Shea did well for Galway and Cork respectively but Galway could always keep the Rebels at arm’s length.