CAMOGIE: “This is exactly where we want to be” – Armagh’s Rachael Merry 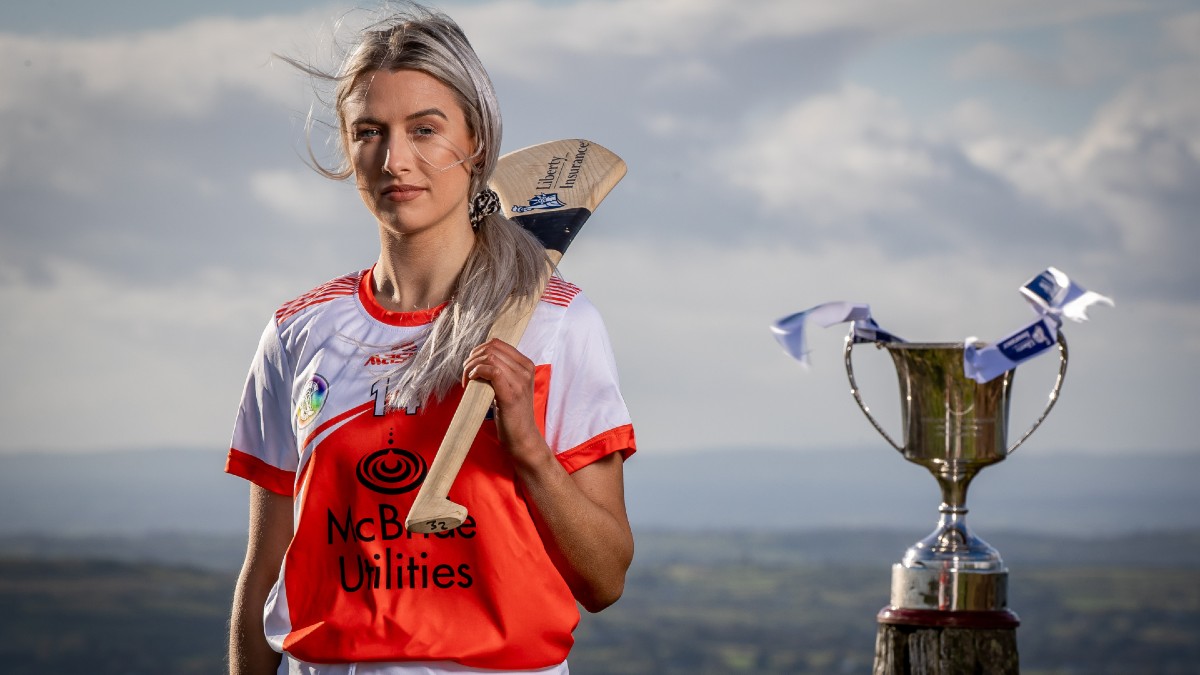 Armagh is viewed predominantly as a football county and Rachael Merry won her first Championship medal with Granemore while kicking the big ball. She was a regular for the county at underage level, playing up to Minor.

By then, she was a supreme Camogie talent, a dual operator in tangerine and white, bagging an All-Ireland Minor C medal in 2011, having fallen short in the previous year’s Final.

Merry’s commitment was being diluted too much for her liking however. A decision had to be made. There was no need for cogitation.

“It was always going to be Camogie for me,” declares the now 26-year-old Armagh joint-captain. “Football was a hobby. Camogie was more serious.

“My mum (Rosemary) would have been very big into Camogie. She would have played for Monaghan and Ulster. She’s from a very strong Camogie background.

“And I was better at Camogie anyway! But I loved it from a very young age; my family was behind me and were very involved in Camogie.”

Merry has enjoyed and endured plenty of ups and downs in the meanwhile, but never regretted being a Camogie player.

They have been in the doldrums since, with players going abroad to work and travel. That made it less attractive for many of those that stayed behind to remain involved and Armagh became less competitive.

In the meantime though, the Minors that bagged another C title in 2016, and the Under 16s that garnered their equivalent honours in 2017 developed.

Now, some of the stars have returned and the neophytes have mileage under the belt. And Armagh are back in the decider, where they will play Cavan at Kingspan Breffni on Saturday (1.45pm).

“This is exactly where we want to be. It’s where we set out to be at the start of the year. The mood is good and we’re just rearing to go. Can’t wait to get at it.

“The interest hasn’t been there in the last few years. This year, everyone’s really motivated, they’re happy to be there and it shows with the numbers we have in training and the size of our panel. It’s definitely helped us having that bench in matches; it keeps everyone at a high standard.

“In the lead-up to the last All-Ireland in 2016, it was a massive occasion, a massive achievement to be there, probably unexpected for a lot of people. For the next few years after that, we went downhill a wee bit.

“Some girls went travelling, big players in the team, and others lost a bit of interest rather than turning it around. So it does take a few years to rebuild the team again. There’s a lot of younger girls since 2016 that have now come onto the panel and are driving the team on now. So it’s nearly like a brand, new panel since then. There’s only three or four starting now that would have been starting then, about eight from the whole panel. The rest are all younger girls coming up.”

In normal years, the systems engineer at Belfast-based firm Kainos would be preparing for a return to Croke Park but Headquarters was unavailable in the COVID-contracted campaign. She isn’t bothered either about having to travel into the heart of enemy territory in pursuit of the Kay Mills Cup.

“To be honest, there was a stage there we thought there would be no Championship. So we’re just happy it went ahead. An All-Ireland Final is an All-Ireland Final at the end of the day, no matter where it is. Of course it’s a bit disappointing not to be in Croke Park. It’s a big occasion. A lot of the girls have not played in Croke Park and would love to have that chance but hopefully it will be back to normal next year.

“I suppose a home advantage is always an advantage. If it was in the Athletic Grounds we’d be very happy with that! But at the end of the day for us, it’s just another pitch. We don’t care where we’re playing, as long as the Finals are going ahead. We just want to play the game.”

And while there will not be any supporters in attendance, that this game and the Intermediate decider between Antrim and Down will be televised on the RTÉ News Channel, RTÉ Player and the BBC iPlayer, is a tremendous boost. Indeed, more eyes have been on Camogie than ever before due to the unprecedented streaming coverage, at all levels.

“I think it’s really helping with the public awareness of Camogie. For people that might not have left the house to go watch a game even if they could, they’re tuning in because it’s readily available to them. They’re starting to take an interest and getting behind the county, being more supportive than they would have been.

“And then the likes of your granny and granddad, they’re able to watch it when they wouldn’t normally be going to matches in the cold weather. And with Twitter and all, you can see the massive buzz around Camogie and ladies’ football, whereas they wouldn’t have even known about it in other years.”

Armagh showed considerable character when recovering from the concession of three first-half goals to nudge aside Tyrone in the Semi-Final, Merry splitting four points between scores from play and frees, while Eimear Smyth’s two second-half goals were vital.

Cavan, who are cock-a-hoop having won the Nancy Murray Cup and defeated Roscommon in the other Semi-Final, will provide stern opposition.

“I think it’s going to be a very hard, physical game. Cavan are on the back of a winning streak so they’re going to be very up for it. They’re probably thinking they’re favourites at home. We’re expecting a tough battle but hopefully we’ll be able to come out on the right side of it.”