CAMOGIE: “This is serious. If I want to be involved, I have to be serious and I have to put it as a priority” – Sorcha McCartan 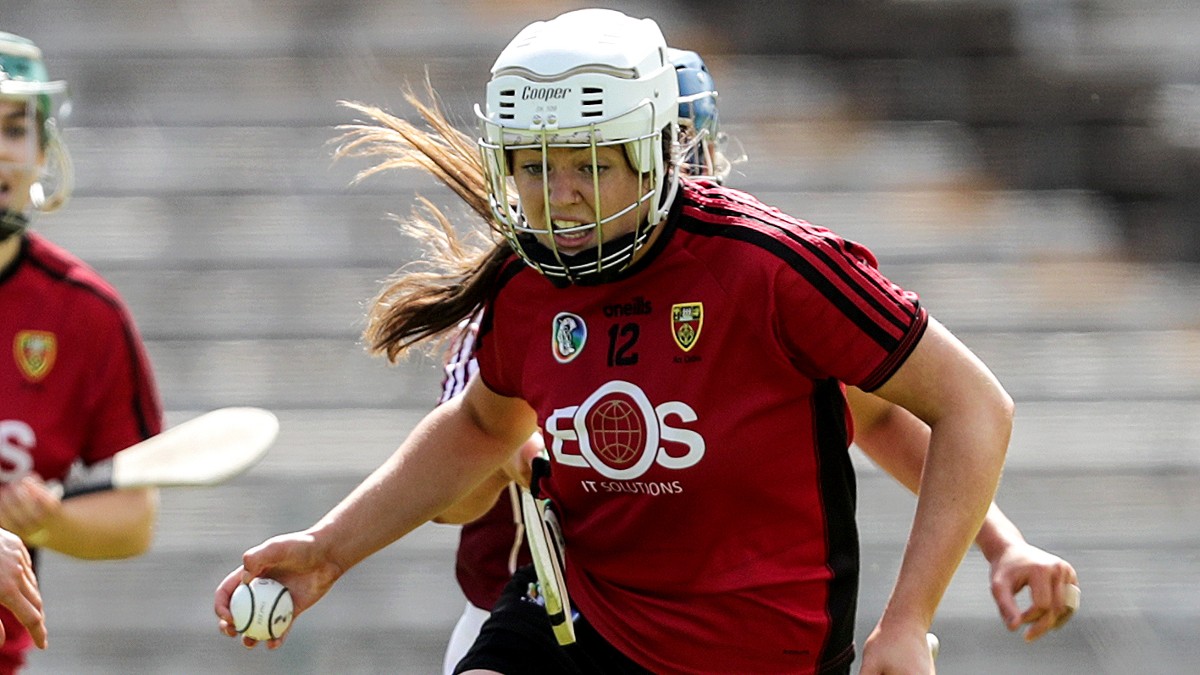 Ending an absence of more than two decades in the All-Ireland Senior Camogie Championship brings such a level of import that Down would have gladly travelled to the moon for the throw-in.

That said, being drawn away to Waterford for today’s 2pm start at Walsh Park, which will be streamed live by the Camogie Association, makes for some significant logistical and financial challenges.

To that end, Derek Dunne and his backroom staff organised for his squad to travel as far as Tipperary yesterday evening, leaving a less arduous journey this morning.

Being based in Cork, Sorcha McCartan has been spared the big haul but will actually make the second leg of the trip, having linked up with her colleagues after work last night.

The Castlewellan colossus is on a year’s work experience as a co-op engineer at Stryker, an internship that will last until September.

Stryker’s HQ is in Kalamazoo, a city in Michigan known to many only by The Black Keys song, Gotta Get Away. In that same catchy ditty, Dan Auerbach laments that “all the good women are gone”.

That’s how it felt in Down for a long while, as progress was inevitably stunted by the unavailability of their best players. It is the stuff of legend now how Martina Rooney took over a team in disarray before a National League relegation play-off in 2018, and after bringing Derek Dunne on board as coach, led them to League safety, an Ulster title and the All-Ireland Intermediate Championship Final.

Dunne stepped up to the position of joint-manager the following year, when McCartan entered the fold, and has held the managerial position solely since 2020, when Down beat Antrim to garner All-Ireland honours at last.

Now, 22 years from their last appearance at the highest level, the Mournewomen are back and in good form, having come out on top of a tumultuous shootout against Antrim once more to bag the Division 2 League title by three points and prevailed by four against their old rivals in the Ulster final last weekend.

McCartan ended last term as a Soaring Star, but the Ulster University biomedical engineering student first made waves in the red and black with a big ball.

A daughter of former All-Ireland-winning footballer Greg, McCartan inherited her father’s athleticism, ability and workrate – just in two codes. She was an Ulster Colleges’ All-Star in both camogie and ladies’ football as a pupil at St Louis Grammar School.

“I actually started out in Down senior football in 2018. It was going really well in the League and then it just fell apart a bit. The management left and stuff. So then Down Camogie actually got to the All-Ireland final that year. I remember sitting on the sideline and Catherine McGourty was sitting in front of me. And I was thinking, ‘God I would love to be down there’ and I think she was probably thinking the same.

“So the following year I actually got a phone call from Martina to give it a go. At that point football was No 1 still. I went and gave it a go and I just seen the attitude that everyone brought and it just made it, I don’t know, I can’t describe it. I was just like, ‘This is serious. If I want to be involved, I have to be serious and I have to put it as a priority.’ So then I did.”

She hasn’t turned her back on football but right now, particularly with being based in the other end of the country, her entire sporting focus is on camogie.

She trains with famed St Finbarr’s and while the Rebel inter-county stars aren’t around, one of the all-time greats is. Indeed it was through a recently-retired legend that McCartan linked up with the southside giants.

“Gemma O’Connor came to the launch of our club camogie team. It was ten or 12 years ago maybe, or maybe more, maybe 15. Noreen Keown had her number then. I was living in that area so she just contacted her and seen if I could train with them. I got in and it’s been grand, it’s worked out well.

“Gemma does be training a bit like, training away. Jesus she is unbelievable.”

McCartan is at the other end of her odyssey to the nine-time All-Ireland winner and 11-time All-Star recipient, but she has already made an impact, following up last year’s heroics with a player-of-the-match performance in the dramatic late League final triumph, scoring 1-4, the major a ferocious strike after a tremendous space-creating dummy.

The aforementioned McGourty is the only survivor from the last Senior Championship squad, having returned to the fold in 2019 as McCartan made her first steps into the fray, but it is strange not to see Fionnuala Carr around anymore.

Completely, she was a stalwart for Down camogie, and obviously everyone looks up to her. It’s hard not having her for the team talks and all. Even just having her experience in the backline, her calmness as well, she is hugely missed. But Karen McMullan has done brilliantly and Deirbhile Savage has come back into the mix as well. Everyone is doing their part to make up for that loss.”

Waterford were relegated to Division 2 of the League last month but McCartan is aware that they were short three key defenders in the play-off against Dublin. Down are expecting to meet a Déise outfit more akin to the one that reached the last two All-Ireland Quarter-Finals and pushed subsequent champions Galway all the way in 2019.

More than anything though, Waterford are role models for what is possible, the counties having been separated by only a point in the All-Ireland Premier Junior decider a decade ago, Down finally emerging from the third tier as champions three years later.

“They are only up not that long ago from junior camogie… so they are still an up-and-coming team as well. Hopefully we can match them and see how we go. We are all fairly confident we can go in and give them a good game. And hopefully if we work hard and things go right you never know what the end result could be.”