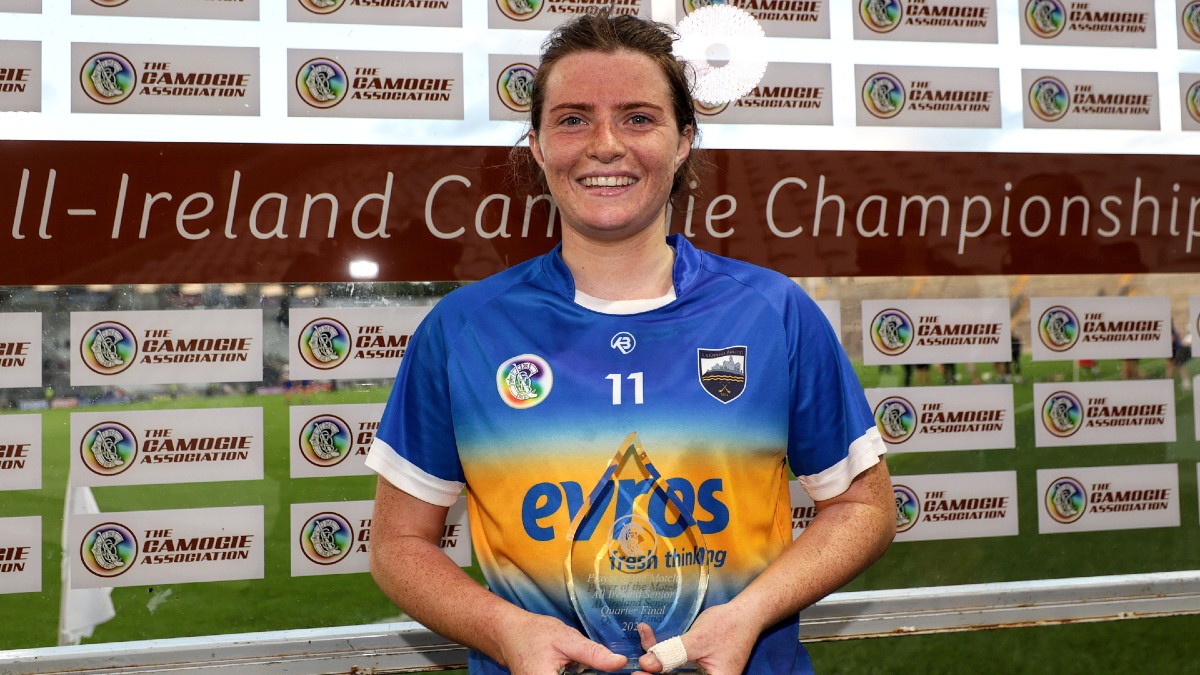 It is a fourth straight defeat for the Déise girls at this stage of the competition and though they were extremely competitive in the first half, albeit playing with the wind, they just could not get their speedy attackers into the play in the latter period.

Of course their hopes received a real blow ever before a sliotar was thrown in when it was announced that their talisman, leading scorer and multiple All-Star Beth Carton would not be togging out due to a hamstring injury, suffered during the warm-up of the final group game against Cork three weeks ago.

Niamh Rockett took over freetaking duties to good effect and had three points in that opening period, including a fantastic score from play, but it was the pace of former underage basketball star that really discomfited the Tipp defence in that period, the De La Salle flier grabbing two points.

Things might have been even better for Waterford but for a sensational block by Mary Ryan, who came from a different post code to deny Shona Curran what seemed a certain goal.

The long-serving Moneygall defender had to depart the fray with an injury early in the first half, and was seen getting treatment on her elbow and a strapping on her upper leg. Tipp will need her in next week’s semi-final.

Cáit Devane converted four of her seven points from frees in that first half but Róisín Howard’s brace from full-forward were crucial in the overall context of the game, Ereena Fryday and Orla O’Dwyer also getting on target in that first half.

One felt that the Premier outfit had more scope for improvement and they found it, stepping up another level, a level Waterford couldn’t match.

Aoife McGrath and Fryday were monumental around the middle third. It is an indication of their progress as a unit that five of the six forwards got on the scoresheet, Emer McGrath and Clodagh McIntyre firing second-half braces.

This used to be an Achilles heel, with Tipp having an over-reliance on Devane but now the Clonoulty-Rossmore colossus can draw defenders and lay ball off, and there is still a positive outcome for her side.

Howard’s workrate when she ventured out the field was phenomenal as Tipp hit five points in a row after a Rockett point from a free had brought the teams level on 0-9 apiece, the highlights being two tremendous points by Fryday and Emer McGrath.

That broke the Waterford resistance and it is Tipp that move forward to the final four.