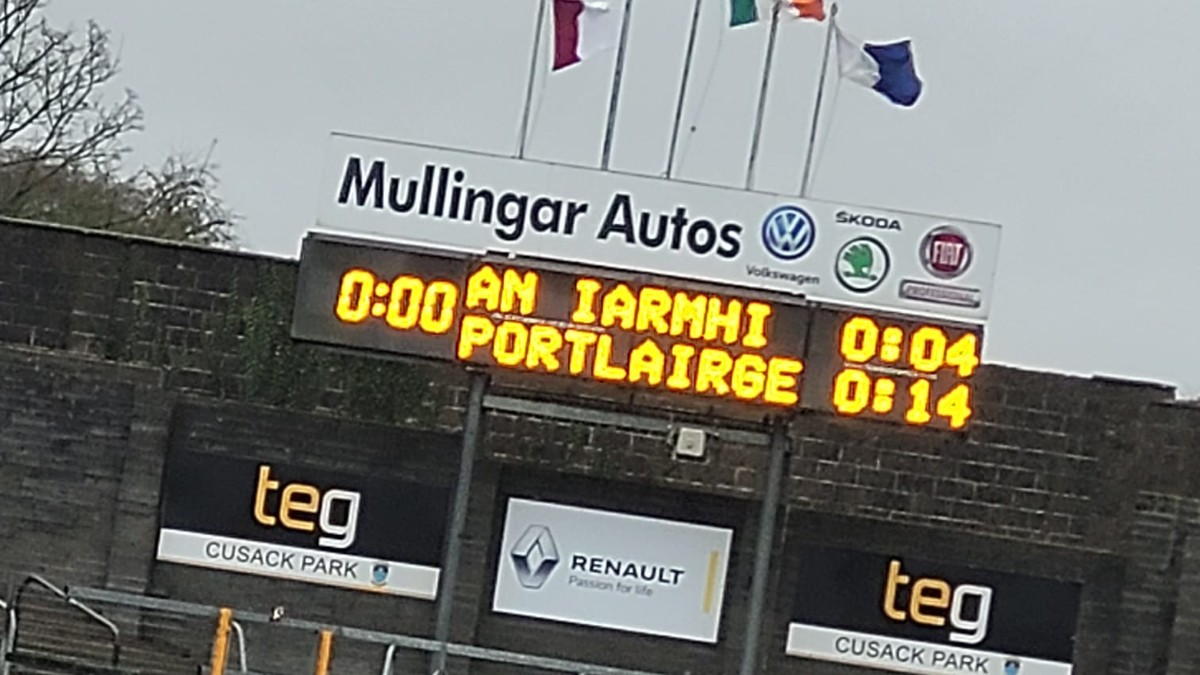 Waterford emerged the convincing and merted winners of this Round 1 fixture in Division 2, Group 2 of the 2022 Littlewoods National Camogie League v Westmeath, played in damp and breezy conditions at Mullingar’s TEG Cusack Park on Saturday afternoon February 15th.

The winners put themselves in match winning situation as a consequence of leading by a margin of four points at half time, having played against a strong breeze in the first half. Holding Westmeath scoreless from open play was another factor in Waterford’s success.

Indeed had Westmeath goalkeeper Fiona Keating not produced a superb individual performance in this fixture, Waterford’s margin of victory would have been prehaps all the greater!

Westmeath, minus their Raharney players, on duty for their club the following day v Tullamore in the 2021 Leinster club camogie Championship final, and with breeze assistance in the first half, opened match scoring with a Louise O’ Connor point. Waterford, minus a number of players themselves, responded with three points, two from Beth Carton (one free) and Lorraine Bray.

Westmeath levelled with a point each from Megan Dowdall (free) and Louise O’Connor (45m award). Waterford, despite playing the breeze controlled much of the second quarter general play, holding Westmeath scoreless, while hitting over four points themselves. Beth Carton (free), and three points from Roisin Kirwan were the Waterford pointscorers.

Indeed great saves by Westmeath goalkeeper Fiona Keating, plus two timely goalmouth clearances by Emily McCabe, prevented Waterford from scoring first half goals, while Westmeath had a first goalscoring attempt from Sheila McGrath well saved by the Waterford goalkeeper at the midway point of the first half.

The pace of play did noticeably drop in the closing quarter of play, Waterford  hitting over two points, both from placed balls, to finish out match scoring.

David then got the thoughts of Waterford manager Derek Lyons