CAMOGIE: “We can do a lot better than we did there but we’re showing character” – Kilkenny’s Michelle Teehan 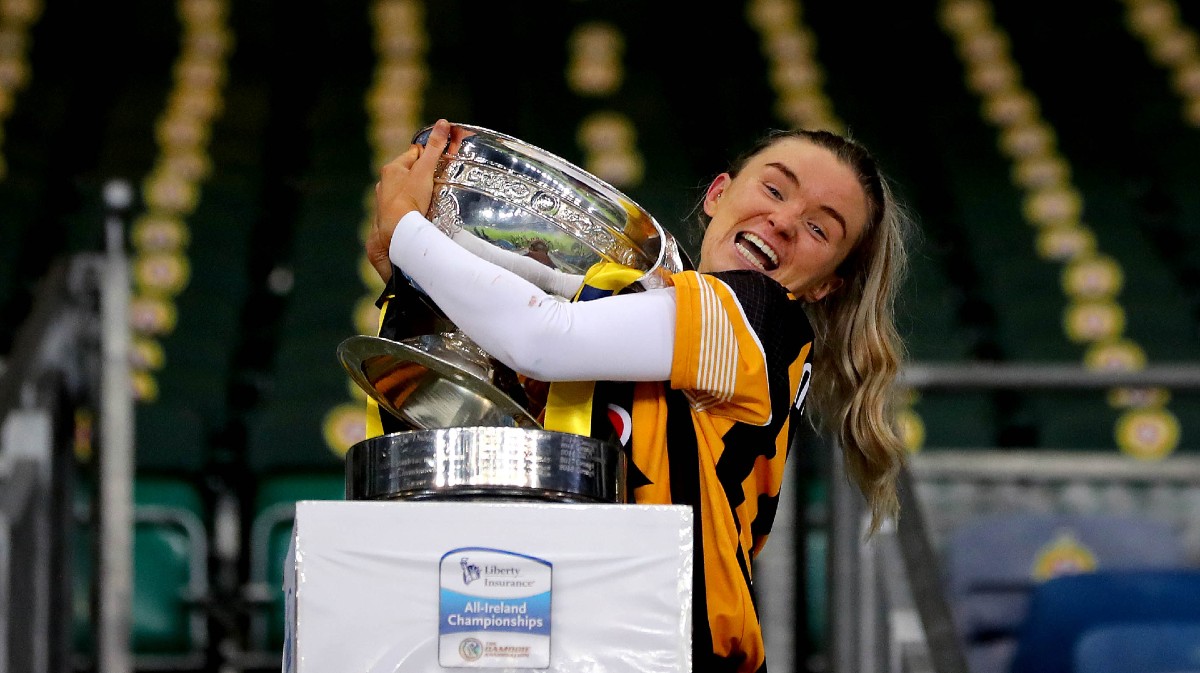 Michelle Teehan chuckles when asked what Brian Dowling, Tommy Shefflin, Philly Larkin or anyone else connected with management might have said to the Kilkenny players at half-time of last Sunday’s Littlewoods Ireland Camogie League Division 1 semi-final.

They were trailing Tipperary by five points and fortunate to be that close. Their rivals had outplayed and outsmarted them. Having had to extricate themselves from a tricky situation in the quarter-final against Limerick, they were in even worse bother now. Tipp were finding oceans of space, outnumbering them over and around the sliotar.

Not even the all-time great defender Davina Tobin can handle Cáit Devane if the supply is as regular and of such high quality as it was for the Clonoulty-Rossmore colossus in that opening period, when the full-forward shot eight of her 11 points, four of them from play.

“I don’t think I’ll be repeating that!” she replies to the query with a broad grin, hamming up the suggestion that Dowling and co tore strips off them, and the UPMC Nowlan Park walls.

The likelihood is that a metaphorical kick in the backside was delivered, but such is the experience in the squad now, that they understood what the issues were and how to resolve them.

“They knew we had so much more in us. They didn’t really have to say much to be honest. It was a lot of players… we had a few things to sort out in the backs, whether we followed players.

“Tipp did put it up to us, there was a few loose players in midfield. Their half-forwards were going right up the field and it was whether we stick with them or not. They had runners coming on when we didn’t stick to them and the overlap is the hardest thing to defend and especially with Cáit Devane and others being able to strike over the bar from the 65 and midfield and that’s what caught us out in the first half… but we all knew that and we sorted it out between ourselves.

“Then the lads came out and just told us to do that and we all agreed that. There was another 30 minutes, it was five points, we had the wind and we knew it was there for us if we stood up and just fought. And that’s what we did.

“We have amazing players, so it was about trusting our players. Man for man, we knew we could win the 50-50 battles and it paid off.”

They certainly slowed the relentless attacking forays of the opposition in the second half and Tobin, in particular, made some outstanding interventions now that there was more pressure being exerted on players in blue and gold further out. Teehan excelled too.

Yet Tipp still held that five-point advantage with just over six minutes of regulation time remaining and were good value for that. Goals from Denise Gaule and Katie Nolan sparked a remarkable turnaround however, and Gaule slotted a couple of high-pressure frees to chisel out a two-point win.

“It was tough. Tipp definitely put it up to us. I suppose the forwards stood up the last six, seven minutes. Denise Gaule sticking her hand up. She won every ball that went down to her and that’s what we needed. The leadership from there was unbelievable. I think that’s what did it.

“It really shows our character I suppose. We have a lot of hurling still to do. We still have so much work to do. We can do a lot better than we did there but we’re showing character.”

A place in the starting team has been hard-earned. Teehan stood out as an underage talent, leaving Loreto with five All-Ireland colleges’ medals, two in senior and an astonishing three at junior level. She was also on Kilkenny’s last All-Ireland minor-winning team in 2015.

For four years, she played a lot of League camogie but there just weren’t any vacancies in one of her sport’s strongest defences.

She finally forced herself into the side last year and shone against a lightning quick Galway attack as the Cats got over the line to claim All-Ireland glory after a catalogue of near-misses from their last success in 2016, Teehan’s first season on the panel.

“I suppose I’ve been knocking on the door. I think this is my sixth year now. Thank God I got a break there last year, just at the right time. Playing in that full-back line – it wouldn’t have been my original position. It took me a while to understand that that’s where I’m playing now because you’d be blessed to play anywhere on the field.

“Girls like Claire Phelan, Davina Tobin, learning from the likes of them. You feel so much more settled, so it is amazing to be playing with them but there’s so much competition on the sideline you haven’t even seen yet, that’s ready to take my place. So there’s nothing settled yet. We’re kept on our toes the whole time. But I’m blessed to be knocking around there playing with the girls.”

These are exciting times for the 22-year-old James Stephens star, having just qualified as a PE and maths teacher and secured a job in Donnybrook’s famed Muckross Park, a hockey equivalent of Loreto College.

“I’m hoping to start a camogie team, we’ll see! They have a few that want to do both but there’s 24 hockey teams, so I don’t know! It’s a big step but it’s great to know what I’m doing for September. A lot of girls don’t yet.

“A few of us travel down together from Dublin when we can for training and hopefully now with the equal government funding, we’ll get a bit of help coming down!”

That is all for the future. The summer is one of hope in many ways, starting with an opportunity to claim a fourth League medal tomorrow night on live television (RTÉ 2, 7.30pm throw-in), in front of crowds for what is a government test event for opening up the country after Covid-19, against Galway again, and best of all, on the hallowed sod.

“Any chance you get to play in Croke Park is very exciting. A crowd will be great. It made some difference against Tipp, to have the crowd behind us. And it’s nice that the final is going to be a trial event.

“We know we have to be better than we were but we’ll be ready.”