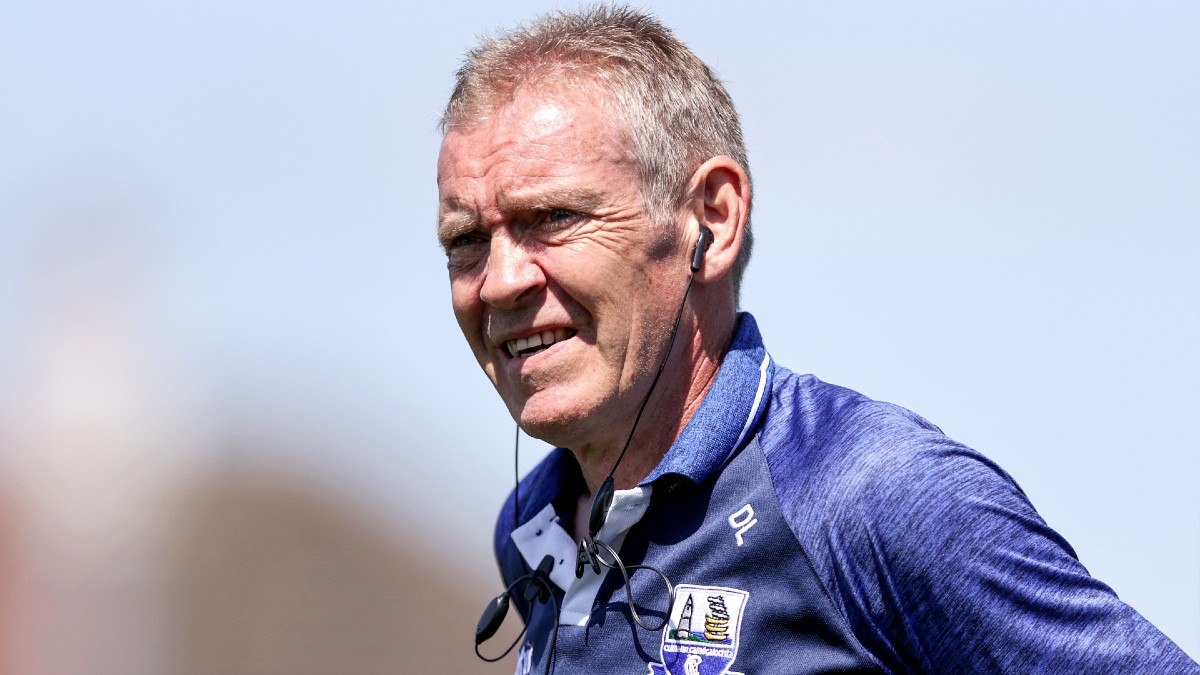 Waterford manager Derek Lyons is hoping that the last-ditch one-point triumph of his team over a Down unit making its county’s first appearance in the All-Ireland Senior Camogie Championship in 22 years, will provide the necessary confidence boost to spark a summer to remember.

It would represent a reversal of fortunes for the Déise girls, who were relegated from Division 1 of the National League in Lyons’ first season at the helm.

They didn’t always get the luck of the draw, not least when being the odd team out of the three in the play-off series and not getting a second bite of the cherry.

They then had to field without three first-choice defenders and still only went down to a late point and Lyons is certain that even his star players’ confidence was shaken to its very core.

With seven minutes of this Group 2 tie remaining at Walsh Park on Saturday, the hosts were trailing by four points, Niamh Mallon having already scored eight of her nine points and Sorcha McCartan after slotting a two-point sideline.

Waterford possess plenty of leadership though, in returning Lorraine Bray and her fellow All-Stars Niamh Rockett and Beth Carton. Rockett finished with six points from play as the Déise girls dragged themselves to the lead, and after Mallon restored parity with a sensational point over her right shoulder while falling to the ground, it was the skipper who was adjudged to have been fouled right in front of the posts.

That gave Beth Carton an easy opportunity and she split the posts for her tenth point to snatch a 0-16 to 0-15 victory. It was devastating for the visitors, who had given so much to the game but in defeat, illustrated their senior credentials.

For Waterford, it was all about the win however.

“This was a new season for us. There’s no denying it, off the back of four defeats, that has an impact on players. Even confident players lose a bit of confidence. We needed a win, whatever way we dug out. The one thing that wasn’t missing was honesty of effort and endeavour. We were poor in general play at times, not good enough at this level and it won’t be good enough against Dublin next week but what was most pleasing was they never gave up.

“We can’t question and won’t question the honesty of the group. Things weren’t going well in terms of their touch and stuff but I’m putting that down to lack of confidence so hopefully the win will put us on the trail we wanted to be in at the start of the year.

“We’d be very disappointed with our scoring return in the first quarter. We’d a lot of possession but that’s where we were the last three or four games, those things going against us.

“But you won’t win matches on honesty alone. You have to have the skills to match it. We’ll look forward to next week now.”

Yesterday, a hat-trick of goals from Orla O’Dwyer, who finished with 3-3, was the highlight in Group 1 as Tipperary put Offaly to the sword by 3-23 to 1-12 at the St Rynagh’s grounds. Cáit Devane slotted nine points while former Tipp forward Mairéad Teehan shot 1-7 for the Faithful.

O’Dwyer struck first after just three minutes and then twice more in the 40th and 41st minutes as Offaly were unable to cope with the AFLW champion’s speed and workrate and with Tipp showing real ruthlessness, the game was over as a contest a long way out.

A sensational second-minute goal from Katrina Mackey after a brilliant run and pass by Hannah Looney sent Cork on their way to a 2-19 to 0-12 success over Dublin at Páirc Uí Rinn. Mackey was on primary free-taking duties with Orla Cronin starting on the bench and finished with a goal and seven points.

Amy O’Connor raised a green flag in the second half and with points coming from all over the field, were too strong for a Dublin side that kept plugging away.

In Saturday’s other games, a 67th minute goal from a penalty by Chloe Foxe gave Wexford a dramatic and hugely significant 2-12 to 1-13 win over Limerick in Newcastle West. A Caoimhe Lyons goal edged the home team ahead at the break, 1-5 to 0-6, and they still held a marginal advantage until Foxe shook the rigging deep in stoppage time.

In Group 3, All-Ireland and League champions Kilkenny were made to sweat by Clare but despite Sixmilebridge star Chloe Morey scoring 11 points on her local pitch, Denise Gaule had ten for the Noresiders, who also had significant contributions from Katie Nolan and Katie Power to prevail by 0-22 to 0-16.

Elsewhere in the group, two goals from Aoife Donohue and one by Noreen Coen were the centrepiece of a 3-16 to 1-5 triumph over Westmeath at Kenny Park.