CAMOGIE: “We had put all our eggs in one basket… What a battle that day was” – Lorraine Bray 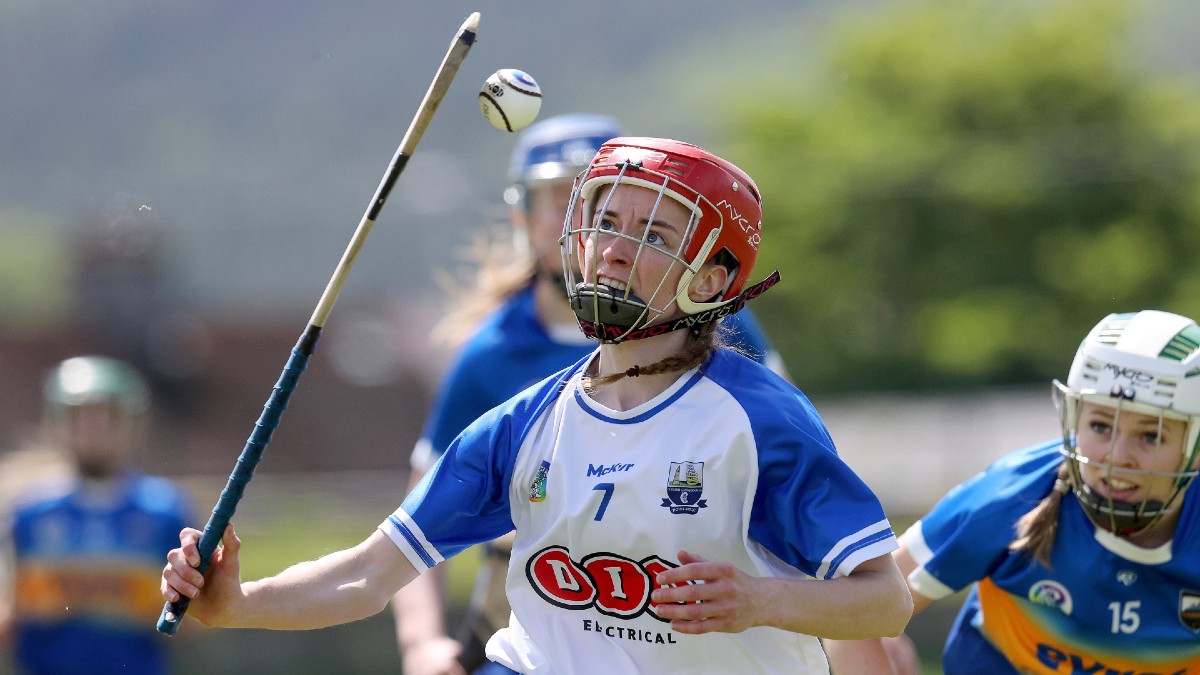 You might not know the singer but you will more than likely recognise the song. What a Difference a Day Makes was popularised by Dinah Washington in 1959, having been written initially in Spanish by Maria Grever a quarter of a century earlier.

“24 hours, brought the sun and the flowers where there used to be rain.”

For Waterford, July 17 was when the clouds parted and the blooming began. They trooped onto Walsh Park with positive intentions but weighed down almost unbearably by the baggage of five consecutive losses in competitive outings.

They had gone into last year’s All-Ireland quarter-final on a high, with many backing them to overturn Tipperary, having given subsequent champions Galway the fright of their lives at the same juncture of the previous championship.

They were the coming team, with a lovely mix of experience, elite talent coming to their peak and neophytes who wouldn’t know anything about fear, along with a new management team with elite inter-county hurling experience in Fergal O’Brien and Dan Shanahan.

Tipp had other ideas, of course, and were worthy victors. The sense, though, is that Waterford never showed up. They failed to land a glove on their opponents.

The management departed after just one season, which meant they were on a third in three as Derek Lyons came in with Covid-19 still doing its worst. The League was a disaster, and whatever about not making the knockout stages, falling to Dublin to be relegated to Division 2 was a shock.

Limerick were too strong in the Munster semi-final and the impact of all this on confidence was very obvious as they fell four points behind with seven minutes remaining to a Down team playing senior championship for the first time in 22 years.

Despite some inaccuracy in delivery and shooting, they displayed oceans of intestinal fortitude to chisel out the win, Niamh Rockett playing a captain’s part with six points from play and Beth Carton slotting the winner with her ninth point deep in injury time.

It was the biggest match of the year.

“Oh yeah, it was, and a tough one at that,” agrees Lorraine Bray. “It was nailbiting stuff towards the end to be honest. We had put all our eggs in one basket. We were going for that game and then we would worry about what was next to come. What a battle that day was and thank God we came out on the winning side of it.

She makes no bones about how harrowing things had become.

“I think even throughout the league it was tough going, getting those beatings. But we did have a tough draw I suppose, though you want to be playing the top teams. So we definitely took learnings from it but it was kind of hard to pick ourselves up again. But thank God we got going again for the start of the championship. We knew we had to pull up our socks and it was do-or-die at that stage.”

They followed up with a rampaging 2-17 to 0-9 victory over Dublin, who had relegated them with a late Kerrie Finnegan point in the League play-off just the previous month. It was a remarkable turnaround by any measurement, coming with an added bonus of securing a place in the last six. The eight-point defeat by Cork had plenty of positives too, although they would like to have been closer at the final whistle.

The upshot of it all is a repeat pairing tomorrow in the All-Ireland quarter-final with Tipperary at the same venue, Páirc Uí Chaoimh (6.45pm).

“We didn’t perform on the day last year and there was definitely more within us, which was kind of harder even to take, that we didn’t turn up on the day. Because we do know that potential is there. Even when we are watching it back after that game, to see that we could have done a lot better. And that was definitely tough to take.”

At one point, Bray’s participation in the championship looked in significant doubt, as she woke up one morning after training with her knee like a balloon. She was on the line for the relegation play-off and with no clarity as to what might be the problem, the prospects were gloomy.

“I genuinely can’t remember getting a belt or anything. It was actually during the night after a training session that it all swelled up. I couldn’t bend it or anything. It was strange. Something must have happened but we don’t take notice sometimes, you just get on with it.”

With no structural damage discovered, she rested and it has improved sufficiently for her to train and play fully. There is still the odd twinge and swelling, so the ice is never too far away but the 24-year-old former All-Star is a leader of the squad now, in her ninth season having joined the panel in 2013, the year after the premier junior title was annexed. Her very presence on the pitch gives strength to her colleagues, ever before she goes about imposing herself on a game.

Bray always enjoyed working with children at various camps and so decided to pursue a career as an early childhood educator. “I am kept on my toes,” she says with a laugh about the pre-schoolers in her care at a creche in Ballyporeen.

There is “a bit of jeering” this week with the big game on the horizon and the Cappoquin defender operating behind enemy lines but it’s all in good fun.

On a more serious note, Bray is adamant that it is time to get one over on Tipp, and to finally clear the quarter-final hurdle, having come a cropper at it three times in succession.

“We are sick of the moral victories at this stage and it is going to be a huge battle but I think we have met Tipp so many times now that we know exactly how they play. We know a lot about Tipp as they do about us. But look, it is going to be a massive challenge and we are just hoping everything comes off on the day. And we are going to give it everything.

“I think performance is the biggest thing. We have done the best preparation we can. We have had three weeks before this game. So we have had two hard weeks and obviously we are easing up this week. We have left no stone unturned so hopefully that just shows on the day.”