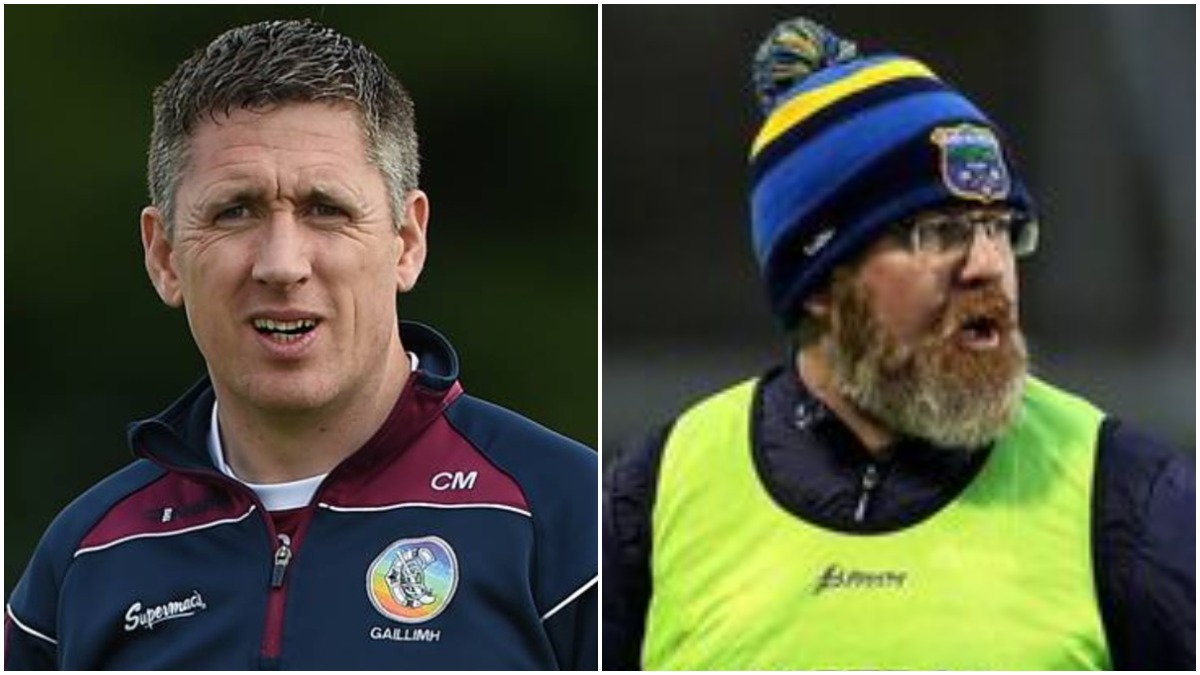 Galway deservedly retained their grip on the O’Duffy Cup but though vanquished, Tipperary’s improvement continues.

There were some frustrations for defeated manager Bill Mullaney but he knows positive strides have been taken.

The victor, Cathal Murray was pleased to have seen off a dogged opponent to return to the Liberty Insurance All-Ireland Senior Camogie Final but the Tribeswomen were not as fluid in attack as we have come to expect – much credit for which should go to the likes of Karen Kennedy, Mary Ryan and Aoife McGrath.

Still, there is improvement in the champions, with skipper and six-time All-Star Sarah Dervan needing to be at her brilliant best in leading a tremendous defensive effort as Tipp threw all they knew at the champions.

Which all meant that Murray was happy to talk up Kilkenny ahead of a repeat of last year’s decider.

“It’s great to be back in an All-Ireland Final,” said Murray. “It’s what the day was about I suppose. I was happy with the performance at times. There are things we need to improve on but we knew it was going to be a battle. Tipperary beat us already in the League and they’d a great win over Waterford in the Quarter-Final so we knew they’d give us a huge test and that’s what they did.

“The goal in the first half was crucial,” he said of Carrie Dolan’s 15th minute major after Tipperary had established an early lead.

“Tipp were probably on top at the time, so ‘twas crucial. We were always that bit ahead (because of it) and I thought the backs were outstanding in the last 15 or 20 minutes the way they held out. But that work rate starts from your half-forward line, your midfield as well. It’s a team effort, the defence.

“The other team is always going to have a purple patch. I thought they were on top in the first 10 minutes but we managed it very well. There’s going to be times in every game when you’re not playing at your best but I think once the work rate’s high and you know you’re managing the game well, that’s all you’re worried about.

“We had a lot of wides when we need to be taking the chances. We probably need to pass the ball more into the forwards but it’s a huge challenge against Kilkenny in two weeks’ time.

“We left chances behind. 1-11 isn’t a great score but conditions are hard to play in. It was very slippy and you have to give credit to Tipperary as well. They’re three years in a Semi-Final and it took a huge battle to beat them.

“The game is going to bring us on. There’s a few sore bodies in the dressing room now so this week is going to be about recovery. It’s certainly going to bring us on but we need to. Kilkenny are a quality side. They didn’t get half enough credit they deserved last year in the All-Ireland Final. They scored 17 points against us. That would have won most of the last five, six or seven All-Irelands.

“We know how good Kilkenny are. Everyone praises Galway for that All-Ireland but there was two points in it at a really crucial stage with five or six minutes to go. We know how good they are and it’s going to take a massive performance to beat them in the Final.”

Bill Mullaney was unhappy with some of the decision-making by referee Ray Kelly but acknowledged that his charges need to develop a bit more guile in attack to claim the scalp of one of the Big Three.

“In fairness, Galway really tied us up in the second half. Did what we did (in the first). We found it hard to break through their half-back line in particular and get that score that we needed.

“Róisín (Howard) had a chance of a goal in the first half, just didn’t convert it but we found it hard to generate chances in the second half… and probably showed a bit of inexperience. We still needed four or five points and we didn’t generate a second score, when we were going for a goal, we didn’t give the pop pass out and take a point, get that scoreboard ticking over. We became one-dimensional.

“That is the experience we must learn. To find the next pop pass, to find the player in space, when you go into the tunnel or the alley when you run out of space, that you find that player and they pop it over the bar. Galway are an experienced team, All-Ireland champions, they closed us down and that’s maybe where our experience was lacking, finding that extra right decision when you’re under so much pressure that Galway brought to us today.

“The players are saying ‘We played well’, and we did play well, we had a savage year and it was a great year. We did show progress again but we need to push through the door and get into that Final and I would be convinced myself if we got to the Final we’d have won it. That’s easy say when you’ve lost but its pure 100 per cent credit to the girls, the backroom team and the management team. I know everyone else is doing it but it’s a huge commitment.”