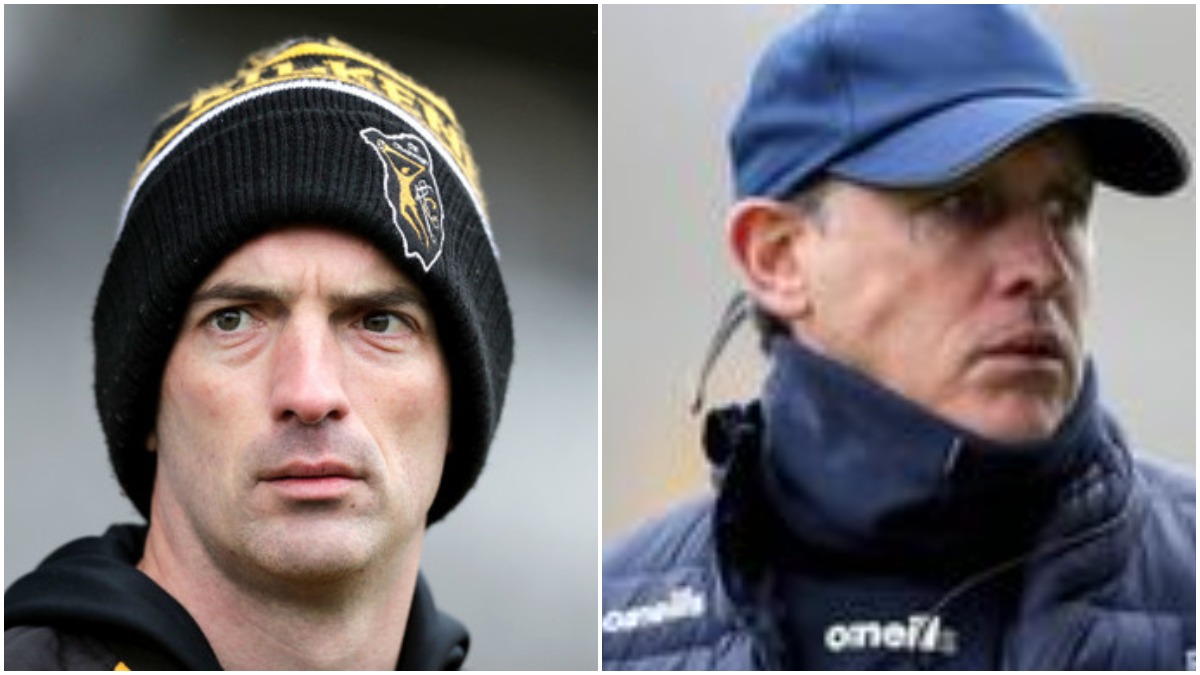 Winners write history and Kilkenny manager Brian Dowling was able to laud his players for staying with their game plan, even when it looked fit for the shredder in the opening quarter, while his Cork counterpart Paudie Murray had to reject criticism of his blueprint, arguing with strong evidence that it proved devastating in that initial period and that a failure to abide by the process might, in fact, have been what cost the Rebels.

Of course the Cats might argue that they had a role in that, and certainly the pressure on Cork’s ball-carriers and those supplying the passes from deep improved beyond measure as the game developed, after Cork romped into a 1-3 to 0-0 lead with 11 minutes elapsed.

The goal from Gemma O’Connor was just one example of the space Cork were finding, as Meighan Farrell stuck to Orla Cronin wherever she moved and Davina Tobin was Amy O’Connor’s permanent shadow.

A couple of brilliant points by Mary O’Connell and an Anne Dalton goal helped Kilkenny lead at the interval by 1-8 to 1-7 and a Miriam Walsh major just over two minutes after the resumption gave the Noresiders a valuable cushion. Cork threw everything at them but wasted some gilt-edged chances, while the Kilkenny defence excelled, with Claire Phelan monumental.

“We had our own job to do,” said Dowling. “We stuck to the game plan. As soon as the draw was made we had a game plan in place. You could see all week the girls were ready for this one. I think there’s a lot of hurt from the last couple of years against Cork in All-Ireland Finals.

“We probably didn’t play as well as we could have played but we got over the line and showed great heart and that’s the main thing.

“You can train all you want and try get that intensity into training but you can’t beat Championship hurling. We did go a long time without a game. We did have a very poor start – I don’t know if it was down to that or something else, a long journey maybe, but the girls turned it around. We missed four or five chances and I think we should have gone in ahead a bit more at half-time.

“That 10 minutes was a bit worrying but we turned it around and it’s something to work it around for the next day.”

Dowling hailed the influence of his coaching staff.

“Sometimes the manager gets all the plaudits but I’ve a brilliant backroom team. We have Tommy Shefflin, Ray Challoner, Philly Larkin and Pat O’Neill came in with us there the last couple of weeks working on the backs. He did a good job as I thought the backs were absolutely tremendous.

“That Cork team have some unbelievable forwards. To be able to shut down Orla Cronin and Amy O’Connor, who people were talking about a as Player of the Year and things like that. We gave Meighan Farrell and Davina Tobin jobs to do today, to sacrifice their own game and I thought they were absolutely immense.

“We went a long time without scoring in the second half – 21 minutes is frightening and is worrying and we won’t be winning All-Irelands doing that. Cork missed a few chances but I felt once we got that goal, we had something to hold onto. If Cork had to have gotten ahead we could have found ourselves in a difficult position.

“But we got over the line and we’re where we want to be now.”

Murray was highly critical of what he labelled “very inconsistent” refereeing but emphasised that the key factor in his side’s defeat was his players’ inability to avail of the point and goal-scoring opportunities, particularly when they had blunted the opposition attack so well after Walsh’s goal.

“The goal after half-time was probably a sucker-punch but even after that, we certainly had our chances to win the game. We missed a couple of frees inside and just didn’t hold onto the ball either inside. Overall, it’s disappointing, but what can we do.

“I think the missed chances was the key. At this level, small margins, one or two scores would have tipped it.”

He was robust in rejecting a suggestion that Cork should have adopted more direct tactics.

“I’m sick of hearing that to be brutally honest with you. There were an awful lot of people during the week shouting about it. It’s when we play our short; running game… the first 15 minutes is an example of that. When we did it, we carved them open. My biggest problem is that we went away from that. Maybe the players were listening to the press too much.”

CAMOGIE: Cats come back from the dead to clinch All-Ireland Final Place