CAMOGIE: “We’re massively privileged, a lot of people haven’t had the opportunity to socialise like we did over the past couple of months” – Down’s Niamh Mallon 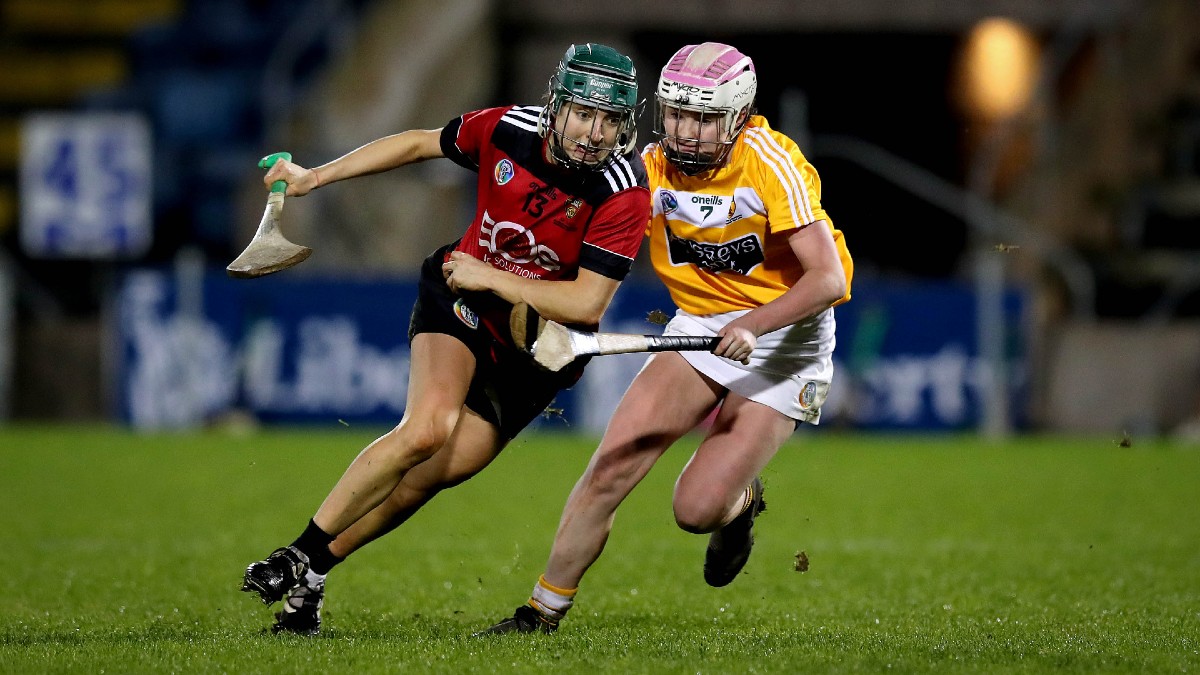 Focusing on the short-term proved the key as Down put a number of recent disappointments behind them to end a six-year wait for Liberty Insurance All-Ireland Camogie Championship silverware by winning the Intermediate title at Kingspan Breffni on Saturday.

So says Player of the Match Niamh Mallon, who was a star of that Junior success in 2014 though her prodigious talent had yet to be unleashed as a mere three-year-old when Down last garnered the Intermediate crown 22 years ago.

“its class, it’s massive,” admits Mallon of finally getting over the line after losing the 2018 decider and then suffering a one-point defeat to subsequent champions Westmeath in last season’s Semi-Final.

Indeed, having joined the squad as a preternaturally gifted 15-year-old in 2010, she had also endured Junior Final reverses in 2011 and 2012, along with a number of her teammates.

“I suppose its relief and elation at the same time. We’ve been knocking on the door. We won the Junior in 2014 and a lot of girls stepped away. We regrouped then in ’17 and ’18 and ever since then it’s been coming, I suppose.

“We changed our approach this year. We didn’t look at the bigger picture. We took it game by game and obviously with the restructure after the pandemic, you had to adapt and go again and we did and we’re just delighted. We’re just delighted.”

The scars of battle are very evident with a cut on the nose but the Portaferry sharpshooter is understandably unconcerned.

She has spent more time in deeper roles this year, making her harder to pick up when drifting inside to often stunning effect.

This was evidenced on Saturday, with 2-1 of her tally of 2-3 from play arriving within six minutes of Maeve Kelly’s magnificent 36th minute major that gave Antrim the lead.

That speaks of a big-game player but Mallon reiterates her manager Derek Dunne’s assertion that this is a truly collective achievement. Modestly, she doesn’t mention herself in her checklist of those the team used to lean too heavily upon.

She also acknowledges the privilege of being allowed to congregate and socialise, as elite sportspeople, in the midst of COVID-19, with many confined to their quarters.

“Down is not reliant anymore on Sara-Louise Carr (Graffin), Fionnuala Carr, Karen McMullan – it’s an overall effort from 1 to 33. I can tell you, from the training ground, that’s where it was won.

“It’s been massively enjoyable. I’ve been based from home since the pandemic struck. From a Camogie playing perspective it’s been great. I’ve just been around home and able to train.

“And we haven’t taken for granted the situation we found ourselves in. We’re massively privileged, a lot of people haven’t had the opportunity to socialise like we did over the past couple of months so to enjoy it as much as we have and get silverware out of it at the end is class.”