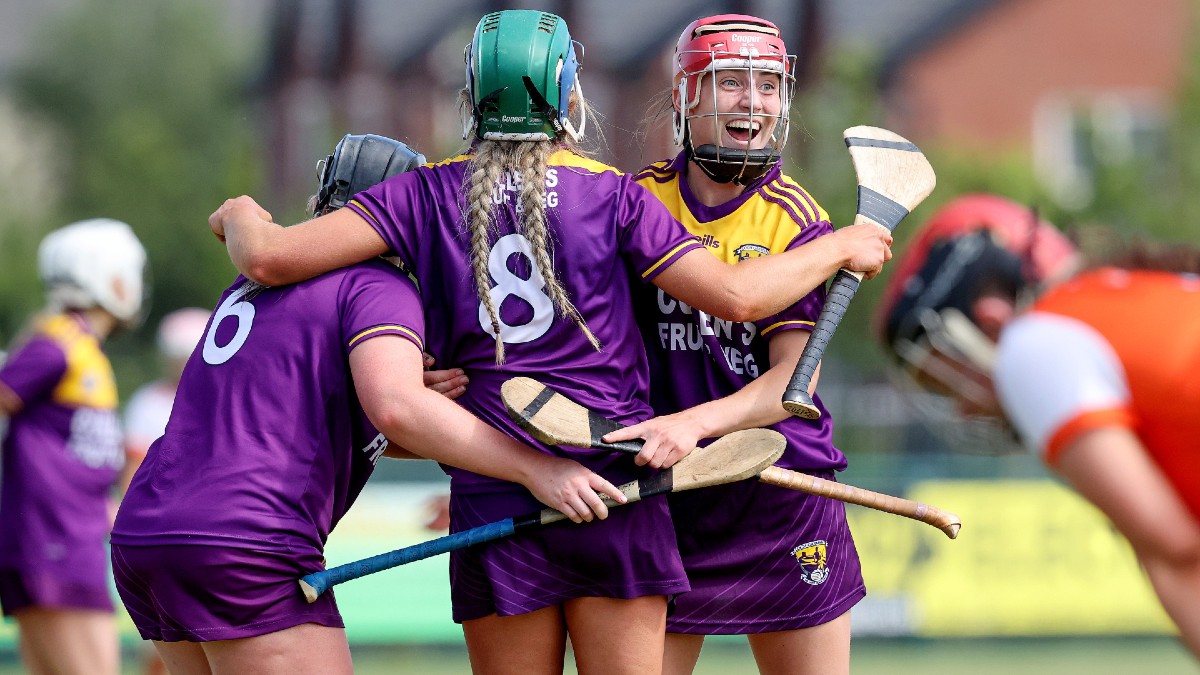 The result was in doubt right to the very end but a run of four consecutive points secured the Littlewoods Ireland Camogie League Division 3 title for Wexford.

They had beaten Armagh by a point in the group stages so it was always likely to be a keenly-contested affair at the Donaghmore Ashbourne GAA complex.

Alan Brennan’s charges held the upper hand throughout but Armagh, who are the reigning All-Ireland premier junior champions, hit the front thanks to a Ciara Donnelly goal,just before the second-half water break that gave the Orchard County supporters tremendous hope.

There was a lot of character about the reaction of the Model County contingent however, and they hit back with three consecutive points to garner the silverware.

Chloe Cashe finished with seven points and it was the Glynn Barntown sharpshooter who restored parity with a neat score from play after the ultra-sharp Armagh netminder Ciarraí Devlin had saved from Emma Codd.

Cashe then did the donkey work for Ciara Banville’s super score to put Wexford in front before Aoife Dunne thundered forward from wing-back to put an exclamation mark on a fantastic personal display with a lovely score and they had done enough.

Playing with more fluidity, Wexford applied the early pressure, Cashe ratcheting up the opening two points. The second arrived in the fourth minute after another good Devlin save.

Armagh were struggling to establish a foothold and that meant the totemic Donnelly was not in the game to the extent anyone connected with the side would like. Her importance was illustrated as she won frees with her first two possessions, and the Eglish star converted them herself.

Cashe had brought her tally to four by the time Donnelly struck her second point but when Collette McSorley drove over a wonderful score, the margin was just one at the water break, 0-5 to 0-4.

The scoring rate slowed in the second quarter, and though Armagh managed to earn a greater share of the possession, with Ciara Hill in particular getting on a lot of ball, and equalised courtesy of a Donnelly free, their deficit increased marginally by the interval, Mattie Lennon’s charges trailing by 0-7 to 0-5 as Cashe (free) and Cullen split the posts for Wexford.

Defences continued to be on top. Among the standout performers were Yellowbellies centre-back Aideen Brennan, a scorer of two goals as a minor star when Oulart-The Ballagh won All-Ireland club title in 2012.

Donnelly hit the first score of the second half from a free but Ailis Neville and Codd added a couple of points in a minute to stretch the gap to three.

But Donnelly was the epitome of economy, producing almost a maximum return from very little possession.

First, she converted a free before somehow emerging from a ruck of players 25m out with possession and soloing into the red zone, before finding the Wexford net and it was Mattie Lennon’s outfit that had gotten their noses in front.

They couldn’t stretch their advantage however, and with Wexford always having the greater share of the play, they just needed to avail of the opportunities. They did that and thus were just about deserved victors.