CAMOGIE: “When the final whistle went, the feeling was savage” – Kilkenny’s Collette Dormer 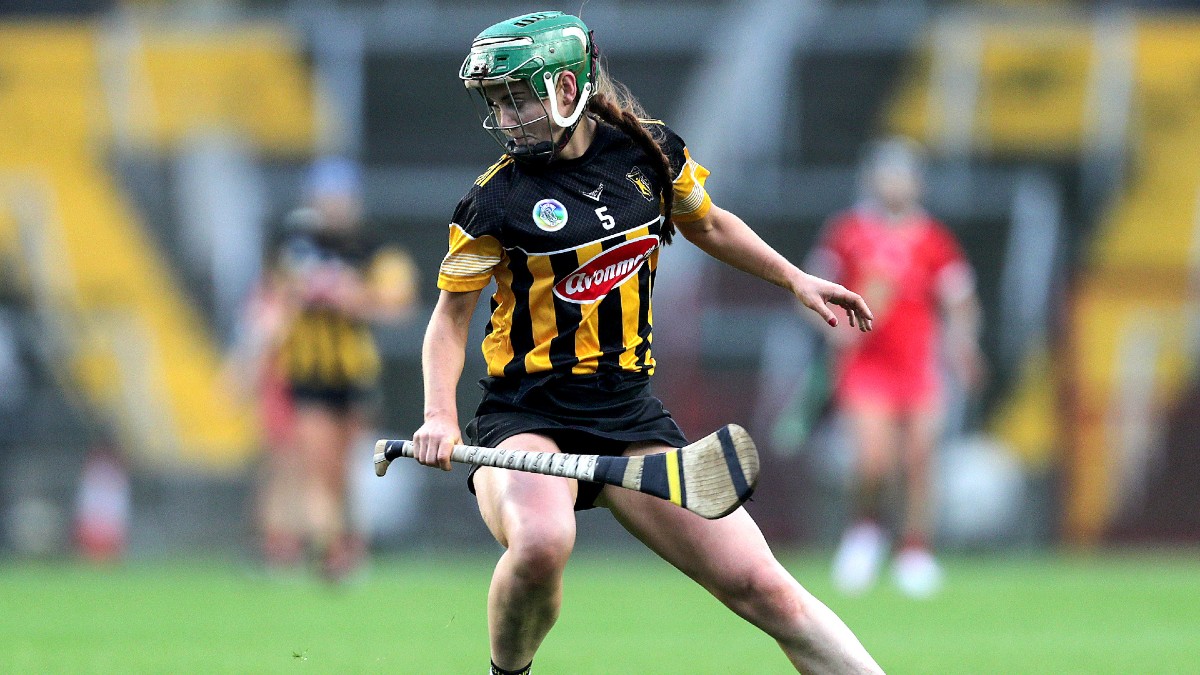 The sirens wailing on the other end of the line as Collette Dormer navigates her way through Waterford city traffic to find a spot to pull in and chat, are mercifully neither to lock her away nor provide urgent medical assistance.

It has been that kind of year, where health and safety are foremost in most people’s minds. With her mother, Ann, having survived a two-year cancer ordeal, her welfare in the midst of a global pandemic was the absolute primary concern.

After that, there was the planned wedding to Liam Barron. Actually, scratch that. The wedding was third, after Camogie.

Postponed nuptials have been part of COVID-19’s collateral damage. Indeed two of the Kilkenny defender’s Galway opponents in tomorrow night’s Liberty Insurance All-Ireland Senior Camogie Championship Final at Croke Park, Sarah Dervan and Niamh Kilkenny, were in a similar boat. So too, Chloe Drain, who lined out for Antrim in last Saturday’s Intermediate decider.

While most of the postponements were due directly to the heavy restrictions in place due to COVID, it was the restructure of the Camogie Championships that forced this rearrangement.

“Our first date was November 20th but we postponed it months ago when we found out the Camogie was going ahead. It’s funny; people think it was COVID that I had to postpone for.” She pauses to giggle. “But technically, it was because of the Camogie.”

A Tullogher-Rosbercon man, Liam gets it. So November 2021 it is.

It is illustrative of the commitment of Dormer and her peers at elite sporting level. The 31-year-old architect technician is putting far more into Camogie now than she did when brought into the senior squad 14 years ago as a superb talent with two Minor and one Under 16 medal already packed away.

The full set was completed with the addition of Intermediate and senior mementos, the latter in 2016 twinned with a second All-Star as the Paulstown ace established herself among the top echelons of backs.

There have been six Senior Final losses too and all along, the levels of preparation came into line with high performance sport and though many of her former colleagues have fallen away for different reasons, she is feeling better than ever.

“We’re not that old now”, she exclaims with a devious cackle. “Myself and (Anne) Dalton are pushing all the young ones! You’re only as young as you feel or as old as you feel. I’m fairly good and happy to stay going. When the body starts breaking down you can start thinking about stepping away but I’m delighted to be still contributing this year.”

Kilkenny had just nine of the team that started last year’s All-Ireland Final defeat by Galway starting against Cork in the Semi-Final at Páirc Uí Chaoimh 13 days ago. That is significant turnover and given that so many less experienced players have come into the fold, it seems, you venture, a considerable feat to have reached another All-Ireland.

“Wellllll….” She draws the word out. It is obvious she doesn’t agree and is too polite to call the idiot inquisitor names. Davina Tobin spoke in an interview in the Sunday Independent of being aware of “the chat” going around that Kilkenny might not be able for the Rebels.

They were, and that was despite giving them a six-point start. Many of the newcomers stood up, including the likes of Mary O’Connell, who stuck two massive points in response to Cork’s lightning start, while Aoife Doyle flourished on what has been her second coming in the black and amber jersey.

“Sure it just goes to show the talent in the panel. I know we’re missing girls that started All-Irelands the last couple of years but the girls have stepped up and are brilliant players, so I don’t think it’s weakened the team at all.”

Tobin insisted that she wasn’t worried by Kilkenny’s poor start and Dormer concurs.

“See you know what the girls can do, so it was just a matter of knuckling down and doing your own job. You’re hoping it goes your way but at the end of the day, you do need the rub of the green sometimes.

“In fairness to Anne (Dalton), she wasn’t relying on luck. She pulled it out of the bag with that goal and Miriam (Walsh)’s goal as well at the start of the second half was huge.”

It was a maelstrom of emotions when Ray Kelly signalled a cessation of action.

“When the final whistle went, the feeling was savage. You’re 14 months trying to get back to Croke Park to try right the wrongs of last year. That game was pure emotional for us.

“Kelly Ann Doyle coming on with 15 minutes to go. Who could have predicted in March, that she would have been playing in an All-Ireland Semi-Final? It was against Cork that she did her cruciate just before Lockdown and to come on in that game was huge.

“It just shows the hard work and dedication that she put in. For her to get back on the field was just deadly. She was back training hard and pushing for a place. At that stage of the game you couldn’t bring someone on as a token. She was brought on to make a difference. She did that. I remember her winning a very dirty ball we needed someone to win for us.”

Afterwards, many of the players made their way to Katie Power, the star attacker who has ruled out by a broken knee cap.

“It was pure mixed emotions. When you’re playing with someone for so long – we’re playing with Katie since we’re 12, 13 years of age – it was just heartbreaking that she wasn’t on the field with us. At the same time she was trying to push us on the best she could. She was all positive. It wasn’t about her it was about the team. That’s the person she is.”

It speaks of a united group and that comes through again, as Dormer discusses her mother first in the current climate, before speaking about the new challenges of playing amid restrictions. She is aware how fortunate they are to be had the chance to tog out. But it is tough mentally and that the full squads will be permitted to attend tomorrow under the relaxed guidelines is a relief. But that family won’t is a disappointment that must be parked.

“You just can’t be too careful with Mam with COVID but she’s the heart of the family. She’s driving us on. It’s heartbreaking for her, and for myself… if you were playing a Mickey Mouse match in the field, she’d be the first one there.

“Even travelling down (to Cork for the Semi-Final), she was offering to drive and you’re like, ‘Sure you’re not going to get in Mam.’ That’s the heartbreaking thing. Your family, your friends, that do want to go to the matches, they can’t.

“We couldn’t even get the full squad in. That was a killer, training hard with girls there and the hard thing for (the manager) Brian (Dowling) was to pick the girls that could tog out. That night in training broke our hearts. That’s the shit part of it.

“We know we’re so fortunate and so lucky to be training and playing at this time of the year, for our lives to be a little bit normal.

A reminder that these players and mentors deserve our gratitude and admiration, whoever gets the O’Duffy Cup.