CAMOGIE: “When you are small, that is all you want to do, play for your county. Offaly is my county” 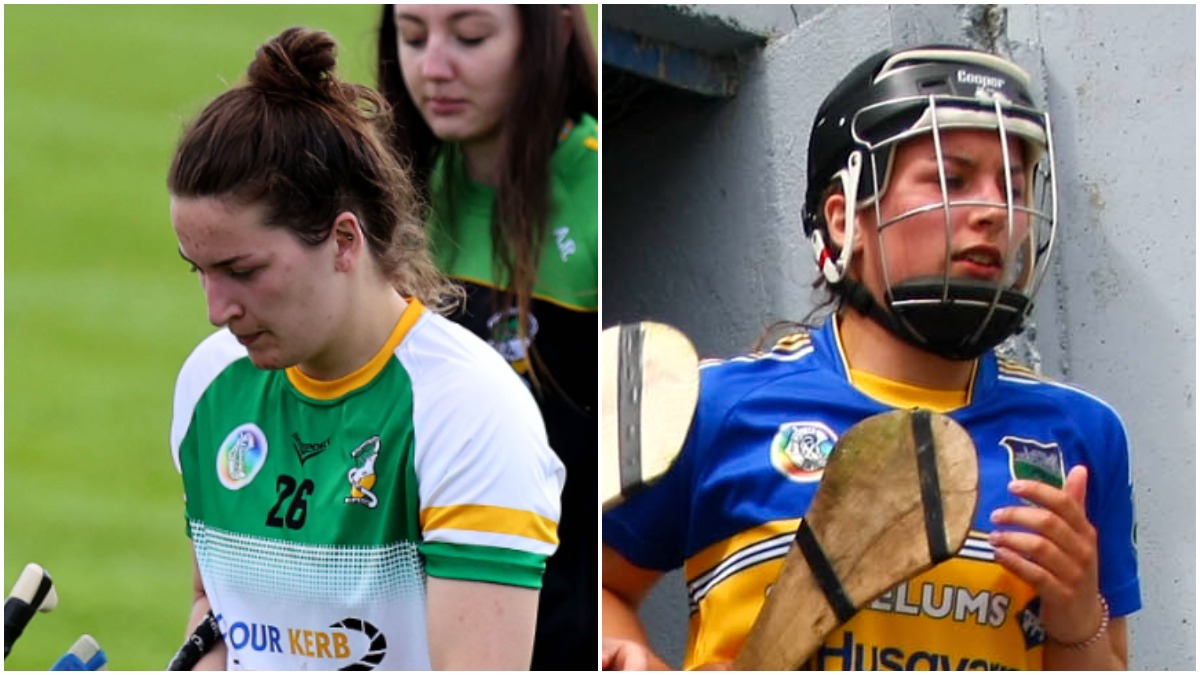 There is a sense of respair around the Offaly Gaelic games community over the last month and camogie is a part of that.

Kilkenny knocked them back on their hocks in no uncertain fashion last weekend but the journey of improvement is rarely without a setback.

It will be strange in a number of ways for Mairéad Teehan. For a start, she isn’t sure if she will be able to contribute due to the damaged medial and lateral ligaments suffered during the first week of training and aggravated upon her return against the All-Ireland champions.

Then there is the fact that she spent a number of years shining in the blue and gold, from U14 to senior, winning All-Irelands at U16 and minor in 2011.

Teehan’s situation is an unusual one. Every molecule of her make-up is Offaly but Moneygall is her club and so it was Tipp selectors that were in a position to note her talent.

Therefore, tomorrow, not just will former teammates from the All-Ireland successes including Julie Ann Bourke, Róisín Howard and Mairéad Eviston be in the opposite corner, along with more recent compadres such as Cáit Devane, Karen Kennedy, Nicole Walsh and Tipp manager Bill Mullaney, but if she is passed fit to play some part, the 24-year-old could well have lifelong clubmate and current All-Star Mary Ryan attempting to neutralise her threat.

The separation from Tipp occurred through burnout, of the mind more than anything, so she opted to take a year out. Current Dublin manager, Adrian O’Sullivan was coaching Offaly at the time and knew Teehan from his time with Mary I, where she did her teacher training. He got in touch but she held firm.

Mike Wall returned to her door the following season. So too did Tipp but for all that she appreciated her time with the Premier County, there was only one possible decision.

“Four years ago, I was playing senior with Tipp and I took a break for a year, just sick of camogie. I had been playing for a long time up along. I wanted a break from the pressure of inter-county camogie. I was approached by the Offaly management if I would be interested in playing with Offaly. I wasn’t expecting it. It is something that when I was asked, I couldn’t really turn it down. When you are small, that is all you want to do, play for your county. Offaly is my county, I didn’t think I would ever get that opportunity with how it lies, that your club plays in a certain county and that is where you are sent for trials. When I got the opportunity, I couldn’t turn it down.”

Teehan is in her third season now and such was her immediate impact in the dressing room that she was appointed joint captain with her Coolderry cousin, Grace last year.

Away from the pitch, she is an impressive individual too, currently completing the second of four years researching in pursuit of a PhD in Athlone IT on physical education in primary schools. Just last week, she launched a survey for primary school principals and teachers to learn more about the provision of PE and to consider what role a specialist PE teacher might play in the delivery of an effective PE programme.

She misses the research vibe that was in the office in Athlone, not to mind the sociability, but she hasn’t been slacking while based at home since the initial coronavirus lockdown in March 2020.

“What I have found so far, Ireland would be quite low for PE performance across Europe and across the world. We only have 37 allocated hours of PE a year in primary schools, compared to France, who have 108 hours per year. They wouldn’t have as many holidays but it’s not different enough to account for that. We are the fourth lowest in Europe for PE allocation. It’s very poor

“On top of that then, what I found from different reports, is that Irish children are only getting on average 46 minutes a week of that allocated hours so they are not even meeting the allocated hours.

“My research now is geared towards having me, a primary teacher with a specialism in PE, going into four or five schools to be teaching either all of PE, or teaching different strands. Or else supporting the teacher. So that is what the survey is doing at the moment. What is the current provision looking like? What hours are they teaching? What different strands are they teaching? What are they having trouble with? What resources and facilities do they have? Which of those options would they prefer in future for a primary teacher with a specialism to go in and help out with PE?”

This is vital work which will hopefully bring out an imperative change in outlook at the department of education. It is a slog though, so playing camogie is an absolute pleasure, a release, emphasising in itself just one of the benefits of PE for younger children.

A win over her mates would be very significant for Offaly under the stewardship of former Galway All-Ireland winner and AIT coach, Susan Earner. The injury is a downer but it isn’t all bad.

“It was frustrating, especially after all the running we were after doing over the lockdown. That was all you could do. Then the minute you can hurl again you hurt it. I was on 20 minutes against Kilkenny when I had to come off again. So I’m just working hard with Nicky, the physio.

“Susan is very good and she has a great team around her. I found as well, we are in The Faithful Fields this year doing our training. You have the hurlers there, you have the footballers. You are in there and everyone is playing for Offaly. It creates a good sense of camaraderie between the different teams. It is great to be in there.

“When I was injured, there was a couple of us carrying injuries. We were able to use the gym while the rest were training. We were there and doing something, you weren’t just standing around looking at them. We had our strength and conditioning coach, Maeve there as well. You know what you are doing when you go training. You are not going to be standing around looking at everyone if you are injured.”

For now though, there is the challenge of the familiar faces.

“Tipp have been flying it for the last few years. They have been building. They have the same core group of girls playing each year which makes a huge difference… That is where you want to be, playing in All-Ireland finals and semi-finals. But I do believe we have a good enough squad with Offaly that we can get there. And you never know, next week we could be a league semi-final which would be brilliant. But I do think we are going in the right direction anyway. Hopefully we will stay going in the right direction.”

* Primary school principals and teachers are invited to participate in Mairéad’s survey at https://www.surveymonkey.com/r/VCB6PNY.