CAMOGIE: “Women were coming in, not only with their own worries about going into labour, but a lot of them were panicking about whether they’d have their partners” – Galway’s Emma Helebert 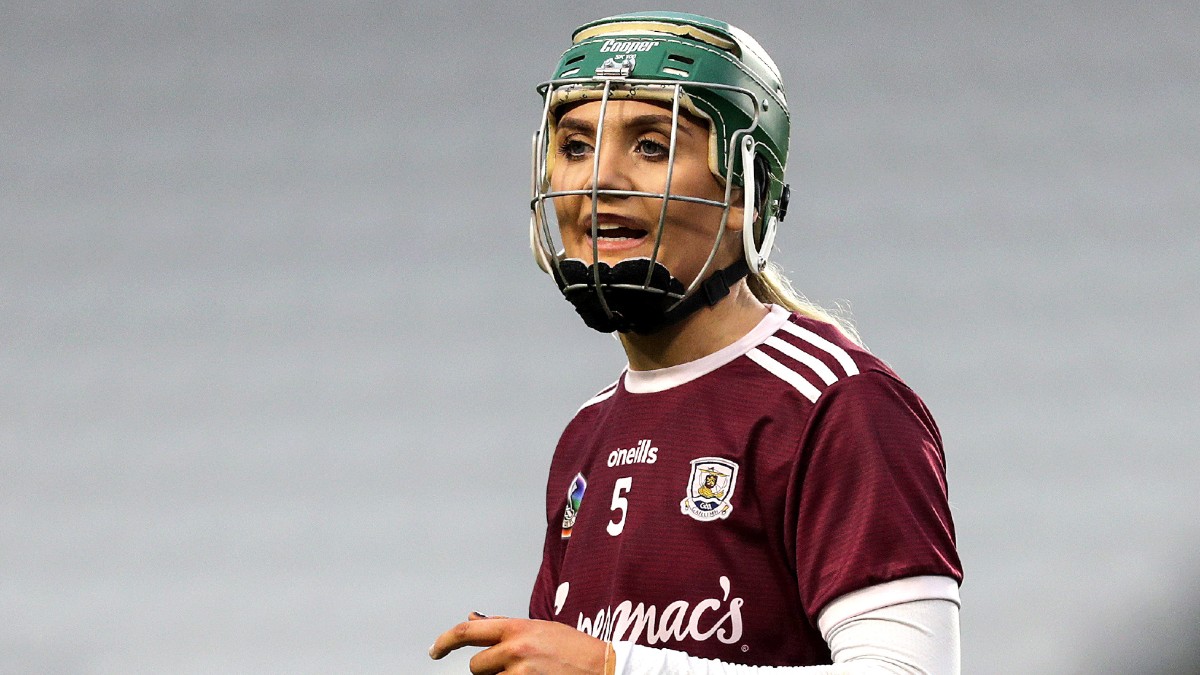 Galway may have only lost by three points to Kilkenny at the final hurdle of a bid to register the county’s first ever All-Ireland two-in-a-row last December, but according to Emma Helebert, they never approached the standards they had set for themselves in 2019.

In that spectacular season, they beat the Cats to become Littlewoods Ireland Camogie League Division 1 champions at Croke Park and repeated the trick in dynamic fashion six months later to claim the O’Duffy Cup for the third time.

This evening, live on television (RTÉ 2, 7.30pm throw-in), they resume acquaintances with their old rivals back on Jones’ Road. As if they hadn’t enough of one another, they have been drawn together in the same group of the Championship too.

But that is for next month. There is silverware on the line tonight and Galway, because the League wasn’t completed last year, are still the titleholders. They are fortunate that this is the case of course, given they had lost to Tipperary, who had secured a final berth when Covid-19 put paid to the competition entirely.

The driving force though is to perform at the bar they have set themselves. The first hint that Helebert maintains they dropped off last year, is when discussing last Sunday’s extra-time semi-final triumph over Cork at UPMC Nowlan Park.

“I think we showed good character in the last few minutes and I think we’re finally starting to click again like we did in 2019,” notes Helebert. “Hopefully we can drive on but we’ve nothing won yet. The proper challenge is against Kilkenny.”

When asked to expand on the point, Helebert references the Covid challenge common to all. Then, she touches on the considerable changes in personnel to the team, with the likes of Lorraine Ryan injured and the McGrath sisters, Orlaith, Siobhán and Niamh returning to the fold. That had to change the dynamic and it is only now, she feels, that they are in tune with one another.

“Just the year for everybody in general was very hard. You’re training in dribs and drabs, training in separate groups for a long time, and playing with no crowd, no real support.

“But I felt last year we didn’t really click. I don’t know what it was. We can’t pinpoint it still. Maybe a few changes, a few new girls coming in, we lost a few girls. But I feel this year we’ve started strong, we’ve set down a marker for ourselves, not anybody else, just our own squad. And I hopefully we can push on.

“We have such a strong bond. We’re a tight-knit team. We are a really strong team and I think the last ten minutes (against Cork) showed our true character that we did have in 2019, that got us where we did get. Hopefully we can use it again this year.”

Helebert knows, through her profession as a midwife, just what impact the coronavirus had on people, with far more serious import than sport. She speaks of camogie’s important in terms of a release, even as a reason to stay fit. Going to work was a godsend too, though it can be very difficult combining the demands of such a profession with being a high-performance athlete. That was multiplied times infinity by the pandemic.

“Camogie is an outlet for me. If I hadn’t it, I don’t know what I would do. I didn’t know I was in lockdown. I was training, I was working, it was great.

“It was tough. Women were coming in, not only with their own worries about going into labour, but a lot of them were panicking about whether they’d have their partners, whether they’d miss it, or get there on time. And sometimes we can’t give them an answer.

“We’re trying to be as calm as we can. They rely on us an awful lot. We have a good relationship with them and all you can do is let them know we are there for them, which we are. We’re their advocate. The majority of them have been excellent and I have to take my hat off to them. It’s not an easy time to have a baby but they’re absolutely super and they’ve done really well.”

Galway just outstayed the Rebels after nearly 90 minutes of action in the searing heat last Sunday, having two points to spare at the end of a ding-dong battle.

One notable tactic deployed by manager Cathal Murray and his brains trust (which includes former Waterford manager Donal O’Rourke and Galway legend Therese Maher, among others) was the switch of Aoife Donohue into the full-forward line.

The little magician from Mullagh established herself in the maroon as an attacker but it was her relocation at midfield alongside Niamh Kilkenny, where her astounding speed, touch, athleticism and bottomless hunger for work could flourish in greater space, that was among Murray’s key tactical adjustments behind the 2019 double.

She had to be patient, prowling around the opposition arc, waiting for supply, but finished with four points from play, won a penalty with a stupendous bit of skill from which a point accrued and was fouled for a few more converted frees by Carrie Dolan, particularly late on. In the defining moments, it was Donohue, more than anyone, whose contribution edged Galway over the line.

“That one will go where she’s told!” says Helebert with a laugh. “You could put her anywhere in the field. Only for her in the last couple of minutes, her fitness, her engine and her workrate, winning frees, popping points. A character like her, you’re always going to want her at the end of the ball. Those last few balls, when everyone else was out on their feet, she was the one pulling it out.”

She’s grinning. It is what it is. They have a shared history and each have their good memories and bad ones. The All-Ireland final will have no bearing on this encounter.

“I don’t think so. As a group, we look back on 2020 and we don’t recognise ourselves. It wasn’t us, it wasn’t our character. We’ve all buried it and put it to bed. We’ve used the League this year to drive on from that, park it, leave it behind us.

“Yeah, Kilkenny again. We’re well used to looking at each other at this stage now, especially on the big days.

“In 2019, we won the League final at Croke Park and we used that as a basis to drive on for the Championship. So it’s great to be back, and at Croke Park again, and I’m looking forward to it.”