CAMOGIE: “Workrate is the only thing that’s going to win it” – Ailish O’Reilly 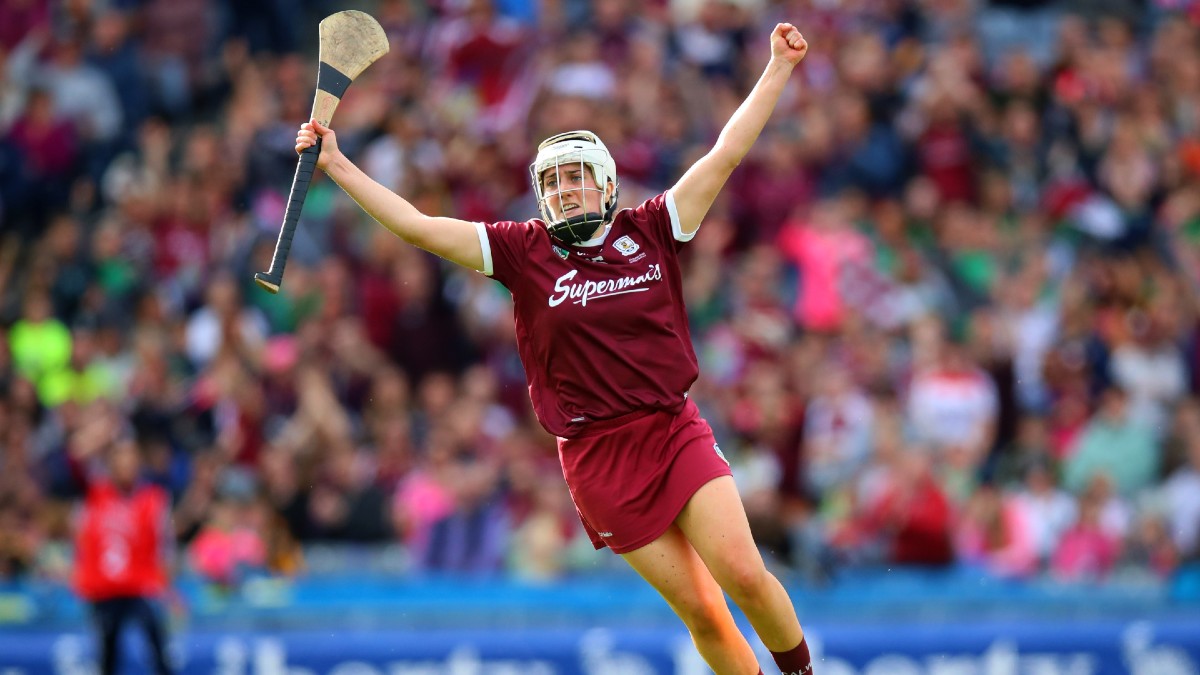 It is often said that you should be careful what you wish for and Ailish O’Reilly smiles when reminded that having bemoaned about the frustration of waiting for supply in the full-forward line, the greater involvement that came from being relocated to the ’40 last year has come at the expense of the goals that were taken as a given when she lined out on the edge of the square.

The two-goal heroine of the 2019 All-Ireland final and scorer of the only goal in Galway’s previous success six years earlier, is likely to alternate between the two positions against Tipperary in the first of today’s All-Ireland senior camogie semi-finals televised on RTÉ 2 (2pm throw-in). She has also taken up the freetaking duties due to the injury suffered by Carrie Dolan in the opening championship outing against Westmeath on July 17.

If you are into your omens, this alchemy of jobs will lead to a fifth All-Star for the Oranmore Maree markswoman, given that she has picked up the end-of-year gong every second season since earning her first in 2013.

Nothing could be further from O’Reilly’s mind of course. With a return to work as a primary school teacher tomorrow, she was relieved to get her second Covid-19 vaccination two weeks ago, “just for a bit of comfort”.

Camogie has been a tremendous distraction throughout the pandemic. Reminded of her musing on the frustration of life as an inside forward, just a matter of months after playing such a big role in Galway’s most recent All-Ireland triumph, she nods and repeats.

“It would test your patience in there at times. But thankfully this year I got to come out a little bit, out to 11. If I am switched in and out, I am happiest, just to try and get into the game. There’s nothing worse than the game passing you by and you feel like you are doing nothing to help.”

The flip side is the reduction in that unparalleled rush of adrenaline and ecstasy, that ephemeral-but-thrilling explosion of endorphin that lifts you to a celestial plane with hitting the back of the net.

“I haven’t scored half as much goals this year as I have previous years. But each game is kind of different. There could be some days I might get loads and the next day I mightn’t touch it. It’s the same if I come out to 11. It totally depends on the day, some days they go for you some days they don’t.

“We have Siobhan (McGrath) inside now as well and Noreen (Coen) and Orlaith (McGrath) and whoever is coming on. It’s a funny one between the two positions. They are completely different roles. I am not even sure if I have got a goal this year yet. I don’t think I have.”

But given the different requirements of the jobs, the expectation isn’t on her to raise green flags.

“Yeah, that’s the least of my worries at the moment. We are still winning and it’s about the team at the end of the day.”

There isn’t a forward line in the country that has such competition for places, with Aoife Donohue’s return to the attacking sextet, albeit that Niamh McGrath has reverted to midfield.

“Absolutely savage, it’s actually unreal. I actually don’t envy the management trying to pick a team. You’ve such versatility in seven, eight, nine, ten places. I would like to be in their positions. I’d play anywhere. Anywhere!”

O’Reilly jokes that she is feeling old now, though she is only 27. She has been around a long time though, winning All-Ireland minor and U16 titles in 2010 and adding a second minor medal two years later, before making an instant impact at senior level in her maiden season.

To date, she has been fortunate with injuries and touching all the wood she can find, suggests that she has been extremely lucky to have had a clear run.

Perhaps her involvement in basketball has helped in some way. An All-Ireland winner at schools’ level with Calasanctius, she played for Ireland at underage level and has won two Basketball Ireland All-Stars lining out for Maree and NUIG Mystics in the National League.

As an indoor sport, basketball has suffered badly through the coronavirus restrictions so she hasn’t played for two years and doesn’t know if there will even be a team in Galway this year.

“I hope I’m not finished with it yet. I am dying to go back,” she declares enthusiastically.

That is for later though. As good as she was shooting hoops, camogie was always number one. Galway losing their title to Kilkenny after a humdinger last December still hurts, but it is the feeling that they never replicated the flow of the previous term that irks most.

“Workrate is the only thing that’s going to win it. And I think that showed the last day against Kilkenny with 14 players (for 45 minutes, after Finnerty was sent off in the final group game, though a successful appeal means she is available this afternoon). Would we have won it with 15? I really don’t know. The workrate out of the 14 was just unbelievable. We beat Cork in 2019 (in the semi-final) and that was pure on workrate as well.

“Nothing in particular was said in the dressing room. We just did it for Finners at the end of the day. None of us seen what happened. But she is not that type of player. So thankfully now we have her ready to go for Sunday.”

That workrate is notable around rucks and keen observers have noted their ability to snaffle possession sharply with a roll lift, or in the case of Niamh Hanniffy, the Cian Lynch jab special.

“It’s funny because we probably would have said we don’t win enough when it comes to the bigger teams,” responds O’Reilly. “It has been something that has been worked on. Possession is so crucial that we need to be winning them rucks.

Having the semi-finals at Croke Park is a significant event from camogie though not before time according to O’Reilly.

“I do think it’s only right to be honest. Central, neutral venue for all teams. The Ladies Football obviously upped it with theirs in Croke Park. Great that we are on par that way with them.”

Tipperary are a strong team however, who have continued to improve in recent years and if workmanlike in overcoming Waterford in the quarter-final at Páirc Uí Chaoimh by six points eight days ago, showed when going so close to beating Kilkenny in the League semi-final that they are ready to put in a gargantuan effort and finally get over the semi-final hurdle at the fourth straight attempt.

It should be remembered too that they defeated Galway to book a place in the National League in March 2020 but that competition was never concluded due to Covid.

“I think they won’t fear us at all. They are probably delighted to be honest. They owe us one. They were very unlucky not to get to Croke Park last year. Very nearly beat us in the All-Ireland semi-final last year. So they are flying it, they are a serious team. We are not going to have it easy, absolutely not.”