CAMOGIE: “You want to be competing with the best” – Ciara Donohue 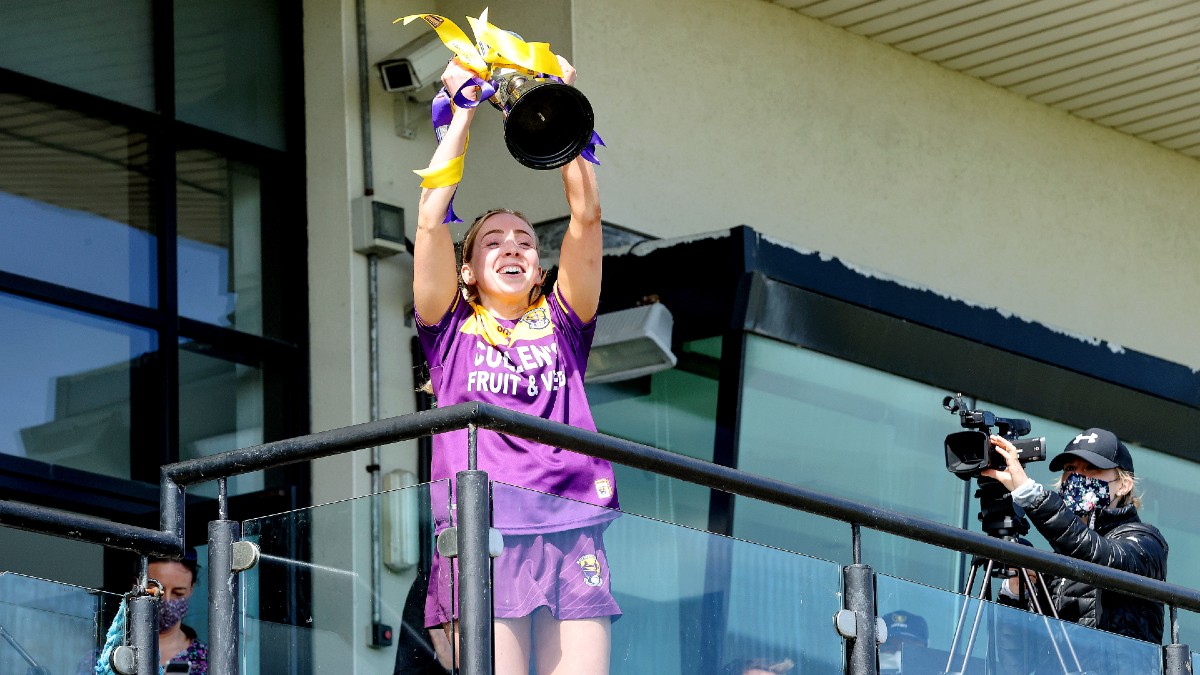 The decline of Wexford camogie was sudden and steep but 2021 has witnessed the growth of optimism’s green shoots.

As captain of the premier junior squad that competes in the first of three All-Ireland Camogie Championship Finals at Croke Park on Sunday, where champions Armagh will provide the opposition (12pm throw-in), Ciara Donohoe is determined to be part of the process that returns the Model County to the elite level.

Having the second squad competing at intermediate level is a key element of that process. With second teams prevented from playing in the 2020 Championships due to the government’s Covid-19 restrictions, this is actually Wexford’s first chance at bouncing back from relegation.

The seniors’ progression to the knockout stages was a considerable boost and giving the next generation an All-Ireland to celebrate would contribute to the positivity being generated within the county.

For Wexford to be truly competitive at the elite level however, having experienced such a spectacular fall from grace after completing a three-in-a-row in 2012, they must have a higher grade for players to be introduced to adult inter-county fare, as is the case with camogie’s three powerbrokers, Cork, Galway and Kilkenny.

“Wexford were at the top in 2010, 2011, 2012, both senior and intermediate teams winning All-Irelands,” recalls Donohoe, who has senior championship experience herself and as a St Ibar’s Shelmaliers product, has had one of the greats of that squad, Kate Kelly as a teammate.

“The last two years have been difficult. The seniors have competed, getting to a quarter-final which was excellent. And us juniors, I suppose two years ago we went down from intermediate and then last year we didn’t get the chance to compete because of Covid.

“So this is the first year that we’re competing in junior but I have to say it’s stiff competition. There’s only a puck of the ball between any of the teams down in junior.”

Wexford have crossed swords with Armagh on three occasions so far this year and come out on top in each, including in the Division 3 League decider but the margins have been tight, with only two points separating them the last time silverware was up for grabs.

There is the unknown too of so many players making their maiden appearances at Croke Park. The Yellowbellies did have a number of players that appeared in last Sunday’s All-Ireland intermediate ladies’ football decider and though it wasn’t a happy experience given the heavy defeat to Westmeath, at least the surroundings will be familiar.

The same applies to those who have togged out for their clubs in a stadium that is more indelibly linked to Irish history than any other.

“We would have four dual players who (lined) out for the Wexford intermediates and more than likely our first 15 as well. Our team is very young, the average age is probably 21, 22. It is a daunting place for a young girl so four of them will have that experience from Sunday which should stand to us.

“We have a few Oulart(-The Ballagh) and St Martin’s girls who would have played club All-Irelands at Croke Park. But a good lot of girls won’t have played there before. It’s a great day. Everyone wants to play in Croke Park and it’s extra special to have the final there.”

Should they prevail, Wexford will be engraved on the Kay Mills Cup for the first time, but they would not have competed at this level that often, having generally operated at intermediate level.

Still, it’s always nice to be the first but Armagh have their own desire to step up a level, and a point to prove having won the championship last year in the absence of other counties’ second-string units.

“Armagh and ourselves, we want to win. Both teams want to get back up to the intermediate ranks. That’s the most important thing. You want to be competing with the best. The seniors in the senior and then you really want your second team to be at intermediate.