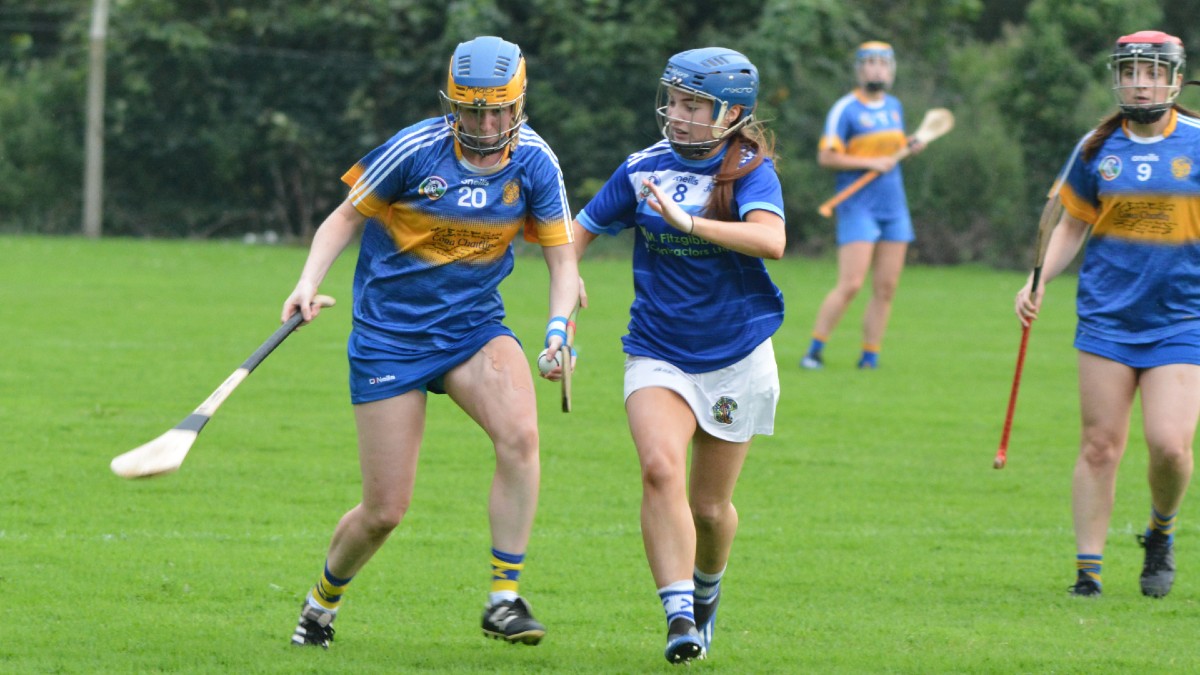 With two wins under their belt Kilmaley faced a tough challenge when they took on Newmarket on Fergus in Round 3 of the Clare Senior Championship on Saturday evening in Shannon Camogie Pitch.

This was going to be a good test of Kilmaley to see how far they have come this year with a young team.

Aisling Cahill who picked up a knock against St. Joseph’s Doora-Barefield in Round two was out for this game which meant Sarah Reidy came back into the side with Sara Ni Ceallaigh going to the half forward line.

Newmarket got the first score of the game from Roisin McMahon before Kilmaley were awarded a penalty after two minutes. Claire McMahon stepped up to take it, but it was brilliantly saved by Ciara McCarthy and put out for a 45 which McMahon converted.

Annmarie Hayes edged Newmarket back in front after four minutes and this was followed a minute later with a goal from Carol O’Leary. Caoimhe Carmody and McMahon responded for Kilmaley. Just before the water break Kilmaley were awarded a free out from their own full back line.

Chloe McAleer stepped up to take the free and was adjudged to have hopped the ball on her hurley which resulted in referee Andy McMahon awarding Newmarket a free in.

Newmarket were not complaining and free taker Aine O’Brien converted to leave a goal between the sides at the first half water break, Kilmaley 0-03 Newmarket on Fergus 1-03.

The next fifteen minutes got dark and at stages it was hard to see as the roars of thunder and flashes of lighting in the sky. O’Leary and Carmody exchanged points before McMahon put two between the sides with five minutes to go to half time.

Two minutes before the break Kilmaley were dealt a blow when Newmarket got their second goal of the game again from McMahon. McMahon responded with another point from the penalty to leave the half time score Kilmaley 0-06 Newmarket on Fergus 2-05.

Kilmaley introduced Eilis Cahill at the restart for the injured Emily Cahill, however, this was a fifteen-minute period for Kilmaley to forget.

They could not get to grips with Newmarket and were outscored 1-05 to 0-00 by the whistle for the second half water break with the goal coming from O’Leary.

Thirteen points down and not knowing how St. Joseph’s Doora-Barefield vs Kilkishen/Bodyke was going Kilmaley knew they needed a massive last quarter and that’s exactly what they did as they out fought Newmarket all over the field and outscored them on the score board 2-04 to 0-02 in this period with both Kilmaley goals coming from Chloe Neylon to leave it final score Kilmaley 2-10 Newmarket on Fergus 3-12.

All Kilmaley and Newmarket could do now was wait to hear the result from Cratloe GAA, with Kilkishen/Bodyke getting the better of St Joseph’s, all three were tied on points and scoring difference came into play, with Newmarket taking top spot in Group A and Kilmaley taking second.