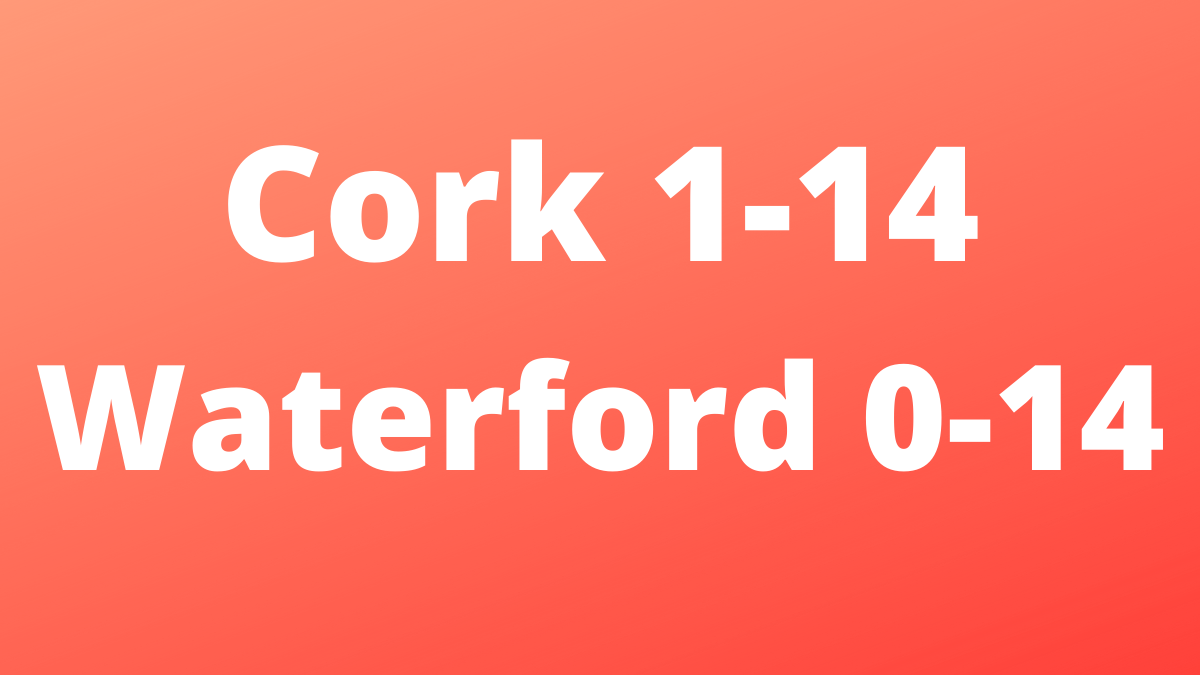 Orla Finn scored 0-7 and Cork doomed Waterford to the relegation decider following their first win in Division 1B of the Lidl National Football League.

Katie Quirke’s first-minute goal proved the difference at MTU as Waterford must now turn their attentions a play-off against Westmeath.

It took just 24 seconds for Quirke to score the vital goal from the first attack of the game. Cork kept the pressure on from there as Waterford found it hard to get out of their own half. But Kellyann Hogan scored from a free before Finn piled on the pressure again.

Both of these sides had lost their first two games but Cork were dominant in the early stage while Hogan scored another free, with Finn again replying with her second from play.

Katie Murray got Waterford’s first point from play in the 11th minute but Finn scored to ensure Cork took a 1-3 to 0-3 lead at the water break.

Finn increased Cork’s on the resumption before Aine O’Neill put just a goal between the teams again. But Cork opened up with three points in three minutes to put them in the ascendency. Abbie O’Mahony, Finn and Quirke all scored to make it 1-7 to 0-4.

Then Waterford had the ball in the back of the net but the referee had blown the whistle for a free, which they missed. Libby Coppinger punished that when scored for Cork and two late pointed frees from Hogan saw the home side lead 1-8 to 0-6 at half-time.

Finn got the first score of the second-half with Aoife Murray replying for Waterford. And further scores from O’Mahony and Finn had Cork, 1-12 to 0-7, ahead at the water break.

Two more frees from Hogan kept Waterford in touch and with five minutes to go it was 1-14 to 0-9. However, Waterford finished strongly with three from Hogan helping to reduce the gap.

With time running out they had two goal chances, Chloe Fennell hit the post and Martina O’Brien saved well from Aoife Murray as Cork hung on for the win, and safety.