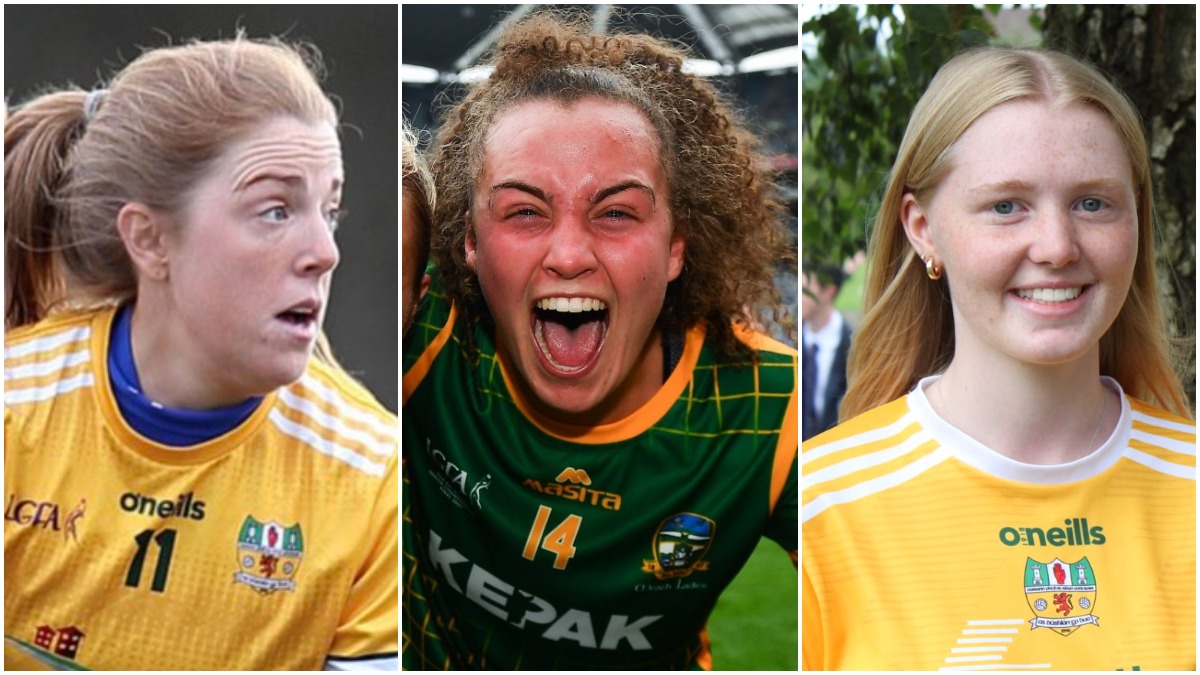 It was another exciting day in the penultimate round of polls to determine the 2021 SportsDaz Ladies Football Team of the Year as the remaining contenders were reduced to 32 and they’ll all contest Friday’s Final. (Day 4 Poll Toppers (l-r) – Cathy Carey, Emma Duggan, Theresa Mellon)

Dublin, Meath, Westmeath and Wexford are represented in the Final.

Among the shock eliminations were Martina O’Brien (Cork) and Dearbhla Gower (Galway).

Meath have two finalists while Antrim and Limerick will also be represented.

Among the shock eliminations were Dublin’s Jennifer Dunne and Sligo’s Sarah Reynolds.

Antrim and Meath have three finalists each; while Armagh, Clare, Derry, Donegal, Laois and Westmeath are also represented.

There will be eight polls on Friday (15th October) with four players in each (1×4 Goalkeepers, 3×4 Defenders, 1×4 Midfielders, and 3×4 Forwards)

Unlike previous rounds where the overall score across all polls in each section counted, this time it’s a straight shoot-out.  The top goalkeeper makes the team, the top two midfielders make the team, and the top two in each of the defenders and forwards polls make the team.

Should there be a tie, the semi-final results will be used to separate contenders.  And if still level, the quarter-final results!

So keep an eye out on twitter and make your vote count one last time on Friday when we select the 2021 SportsDaz Football Team of the Year.