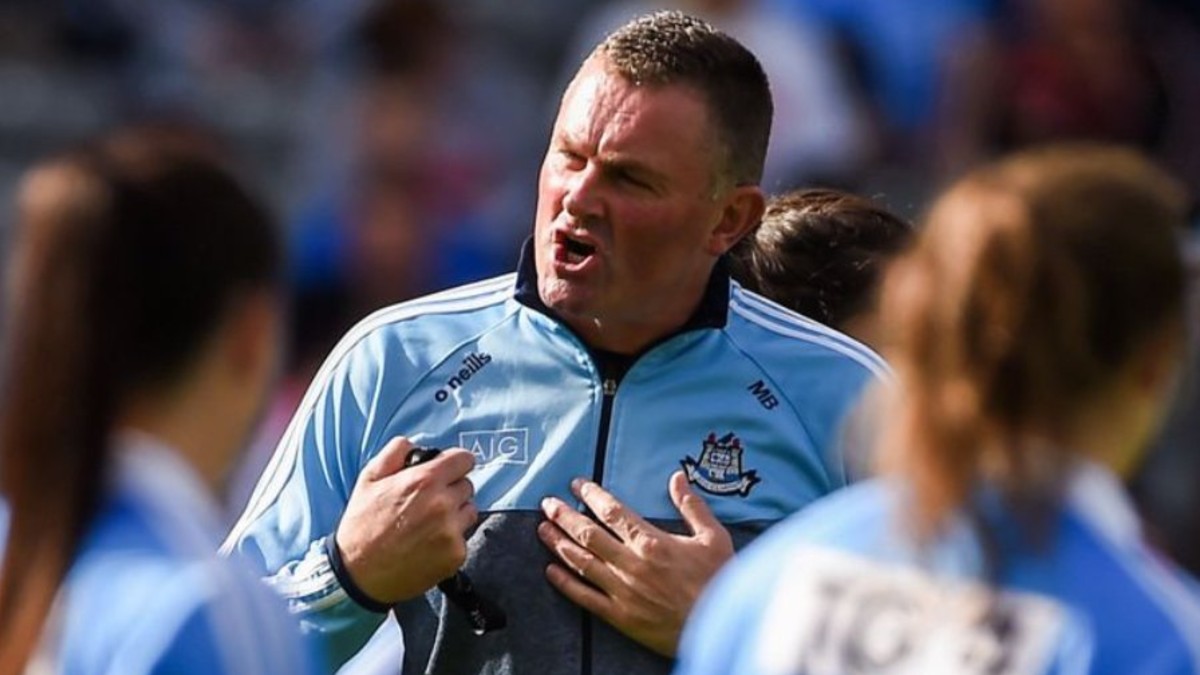 DUBLIN manager Mick Bohan has made five changes in personnel from the team that started the recent Lidl National League Division 1 Final as the Sky Blues prepare to launch the defence of their TG4 All-Ireland Ladies Senior Football title.

The Dubs meet Tyrone in a Group 3 opener at Kingspan Breffni on Saturday (2pm) – with the counties set to meet in senior championship fare for the first time since the 2010 All-Ireland final, which was Dublin’s breakthrough win.

Dublin captured their second Lidl NFL Division 1 crown with victory over Cork at Croke Park almost a fortnight ago – and Bohan has altered one third of his team for the trip to Cavan.

Opponents Tyrone will be looking to bounce back quickly after losing out to Armagh in the Ulster Senior Championship semi-final last weekend.

The Red Hands did, however, preserve their Lidl NFL Division 2 status with a recent relegation playoff victory over Wexford.

The weekend’s senior action gets underway this evening at Cusack Park, Ennis, with the live TV clash between Galway and Kerry in Group 4 (7.30pm).

After losing out to Meath in the Lidl NFL Division 2 Final, Kerry have opted for three changes in personnel, as Ciara O’Brien, Mary O’Connell and Danielle O’Leary come in for Julie O’Sullivan, Anna Galvin and Niamh Ní Chonchúir.

Opponents Galway, who were All-Ireland Finalists in 2019 and semi-finalists last year, have made six changes from the side that lost heavily to Donegal in their final League outing.

Cork boss Ephie Fitzgerald has brought in Katie Quirke for Áine O’Sullivan in the only change in personnel from the side that started in the League Final against Dublin.

Meath have also opted for just one change, with Shelly Melia replacing Orlagh Lally in attack.

Elsewhere on Saturday, in-form Armagh will be looking to the attacking inspiration of the Mackin sisters, Aimee and Blaithín, as they take on Monaghan in an Ulster derby.

Armagh, Senior semi-finalists last year, routed Monaghan by 2-18 to 0-10 in the provincial championship last month and now the sides will lock horns again in Group 1 of the All-Ireland series (Athletic Grounds – 2pm).

The other Saturday game sees Mayo up against Cavan at Markievicz Park in Sligo (2pm).

Cavan lost out to Donegal in their recent Ulster semi-final but had enjoyed an encouraging League campaign that saw them top their group and contest a Division 2 semi-final against eventual winners Meath.

Mayo, meanwhile, lost out to Dublin at the semi-final stage in Division 1 and boss Michael Moyles has made five changes to the team that succumbed to the champions on that occasion.

Aisling Tarpey comes in for Laura Brennan in goal, while there are also starts for Ella Brennan, Ciara Needham, Tara Needham and Mary McHale, with Orla Conlon, Niamh Kelly, Fiona McHale and Maria Reilly dropping out of the starting line-up.

Saturday’s four senior matches are all available to view live at https://page.inplayer.com/peilnamban/