FOOTBALL: “A lot of these girls played in the Junior Final in Croke Park and the little bit of experience on big days stood to them” – Wayne Freeman 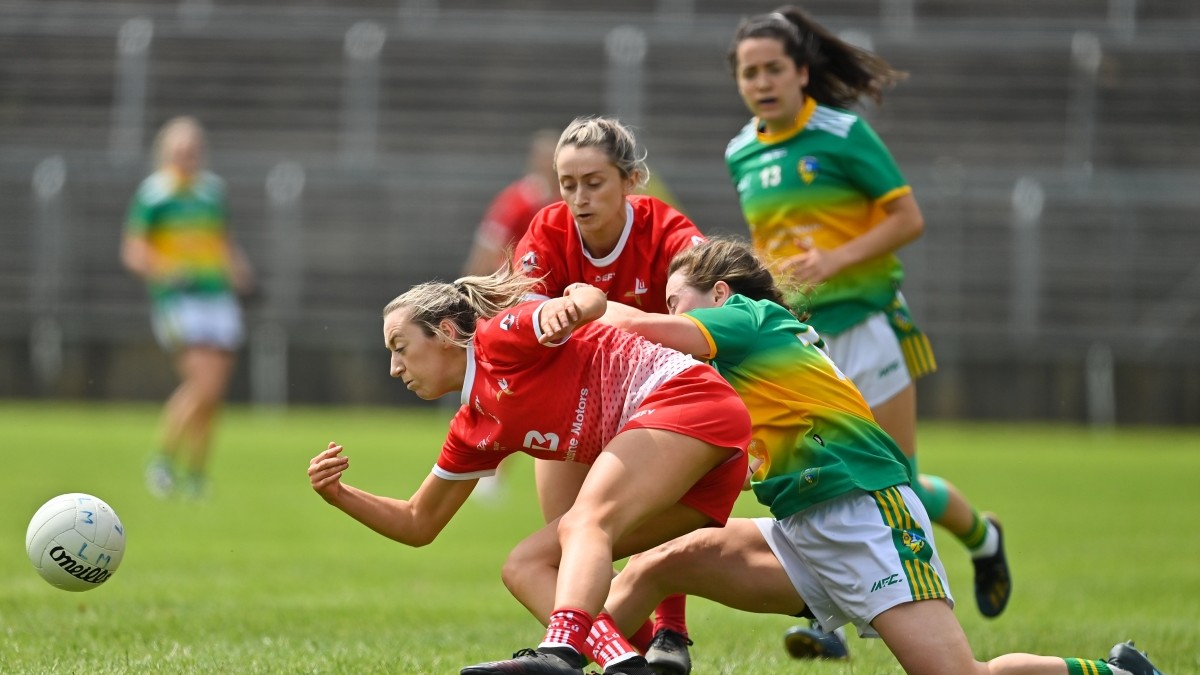 Louth manager Wayne Freeman says experience was the difference as his side put Leitrim to the sword early on and kept their composure late in the game to secure the Lidl National Football League Division 4 title.

Leitrim had eight points to spare when these sides met in the group stages but Niamh Rice scored a stunning 2-3 at St Tiernach’s Park as Louth avenged that defeat.

“A lot of these girls played in the Junior Final in Croke Park and the little bit of experience on big days stood to them,” said Freeman.

“Promotion is huge for us because we spoke about it and we feel we are good enough to be up there. Playing Intermediate football as well will only help us improve.”

Louth laid the foundations for victory with their stunning opening quarter where they blitzed Leitrim and Rice (two) and Lauren Boyle both scored goals. They were seven points in front at the water-break.

Freeman’s charges then took a big 4-3 to 0-8 lead into half-time following Kate Flood’s strike and Leitrim turned to their bench for answers. Substitutes Ailbhe Clancy (goal), Muireann Devaney and Vivienne Egan all made an impression on the scoreboard in the second half.

But Louth had enough in the tank to secure their place back in Division 3 while they banished the memories of the 2018 heartbreak at the hands of Wicklow.

“Very proud of the girls, they put in a great effort. They got off to a bad start but never dropped the heads. Unfortunately, goals win matches.” said Leitrim selector Damien Crossan.