FOOTBALL: Aimee Mackin: ‘The British soldiers would have been walking up the road across from us’ 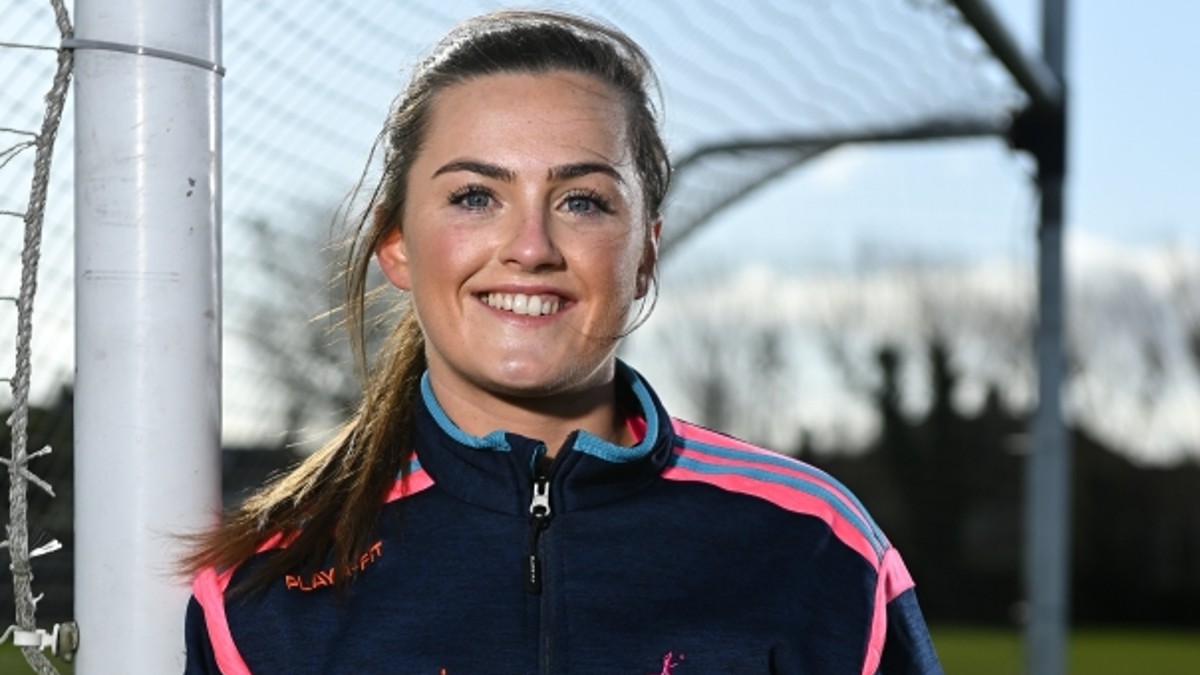 By DARAGH SMALL (In attendance at Scoil Uí Chonaill GAA Club in Dublin, to mark the launch of the 2022 Glenveagh Homes Gaelic4Girls programme is programme ambassador Aimee Mackin of Armagh. Photo by Seb Daly/Sportsfile)

The sight of helicopters flying overhead in Ukraine for the past two weeks, with conflict and tension on the ground, brought back horrible memories for those who lived through The Troubles in the North.

Aimee Mackin grew up in Camlough, looking forward to an Armagh football career that would help mould her into one of the best exponents of the game, but she witnessed the tail end of the British forces on the ground.

And the stories emanating from Eastern Europe in recent weeks have brought back the trauma for the people who experienced the Troubles in South Armagh and across the province.

“I don’t think there has been a day where we haven’t had the news channel on,” said Mackin.

“We are watching it and hoping that things change. We’re not in a world where we should be fighting, we have made a lot of strides so there is no point in going back to days like that.”

Camlough has plenty of history when it comes to those dark days.

Hunger striker Raymond McCreesh is from the area while Mackin’s father, Michael, experienced the British aggression from the coalface.

“My dad would tell a lot of stories about how it was. There was a bit of hot-spot between South Armagh, Derry and Belfast, they were obviously the places that got hit the most,” said Mackin.

“When we were young, there would have been British soldiers always around, the Troubles as such were gone. But dad would always have stories and we would be interested to know why they were here and we couldn’t wait to get rid of them.”

Watching events in Ukraine unfold is all too familiar for Michael Mackin and the people of his generation – and there was still a lingering conflict when Aimee was growing up.

“The Troubles were sort of finished but the presence was still here,” said Mackin.

“Dad would tell stories of when he was younger and the fear that was around at the time, it’s probably similar enough to what’s happening at the minute in Ukraine.

“Dad watches what’s happening, he takes a lot in and is constantly watching the news channel. I haven’t talked too much about it with him. But I would say he has the same opinion as me, it’s not nice to see.

“When you get around from those times, it’s not something you want to go back to. You don’t want to see those times again. But hopefully it finishes up soon over in Ukraine.”

The conflict up north eventually abated before the Millennium but Mackin, who is now 24, has some idea of what the children of Ukraine are facing into.

There are some striking similarities between each example and even though the worst was over when she was young, she knows the Ukrainians of today aren’t so lucky.

“We have seen them, you would have been playing football in the garden and the British soldiers would have been walking up the road across from us because there was a barracks close enough to where I live,” said Mackin.

“There would have been helicopters flying around everywhere too but because we never saw any shootings or anything, we never thought they were going to do it on us.

“But maybe if you had witnessed some of the stuff people over here witnessed years ago, you would have had more fear. But we were only young and didn’t really understand why they were here.

“You wouldn’t have thought they were going to do anything to you, so the fear wasn’t really there, no.”

On-field, Mackin is preparing for a Lidl National Football League Division 2 semi-final against Laois next weekend.

Armagh were the up-and-coming county in the League and TG4 All-Ireland Senior Championship in recent years but they were usurped by champions Meath in the Senior quarter-final last year, having contested a 2020 semi-final against eventual winners Dublin.

The Orchard County were many people’s fancy when the sides met in the All-Ireland quarter-final at St Tiernach’s Park in Clones on 1 August. But despite 1-6 from Mackin, her side fell to a heart-breaking 3-15 to 1-14 defeat.

“I think Meath were brilliant last year, we played them before in the League and we knew how strong the team would be,” said Mackin.

“In our own camp, we knew how tough it would be. They opened up the whole championship and they fully deserved it. I don’t think anyone was going to beat them, the roll they were on. They just oozed confidence.

“We can take snippets of their journey and hopefully make one of our own. It’s tough when you have teams like Meath, Dublin, Cork and Donegal all trying to do the same.”

But Armagh have shown their intent early in 2022 and look set to have another prolonged season on both fronts, with Mackin to the fore once again.

She was the TG4 All-Ireland Senior Championship top-scorer last year and the previous year she took home the 2020 Senior Players’ Player of the Year.

And she is determined to help Armagh over the line in the League before they turn their attentions to the summer competition.

“It’s vital for our development, we also said in the last few years we wanted to get out of Division 2,” said Mackin.

“We don’t look any further ahead until the next game. If you are in a semi-final you want to win it but the trouble is the other team in the semi-final wants to win it too.

“It was a target to get to that stage and now that we are there we want to progress even further.

Mackin is one of the most well-known faces in Ladies football these days and the Shane O’Neill’s star is also a Glenveagh Homes Gaelic4Girls ambassador.

“I’m delighted to be back as ambassador,” said Mackin.

“It’s a great programme to have. We were lucky to have it at our club last year, I coached at it and it was great to get young girls out in our community that had never played football, especially, to get them involved in our game.”

The four players are Glenveagh Homes Gaelic4Girls ambassadors and are ready to share their tips and experience during the roll-out of the 2022 programme, which will see 35 clubs from Britain and Ireland benefiting.