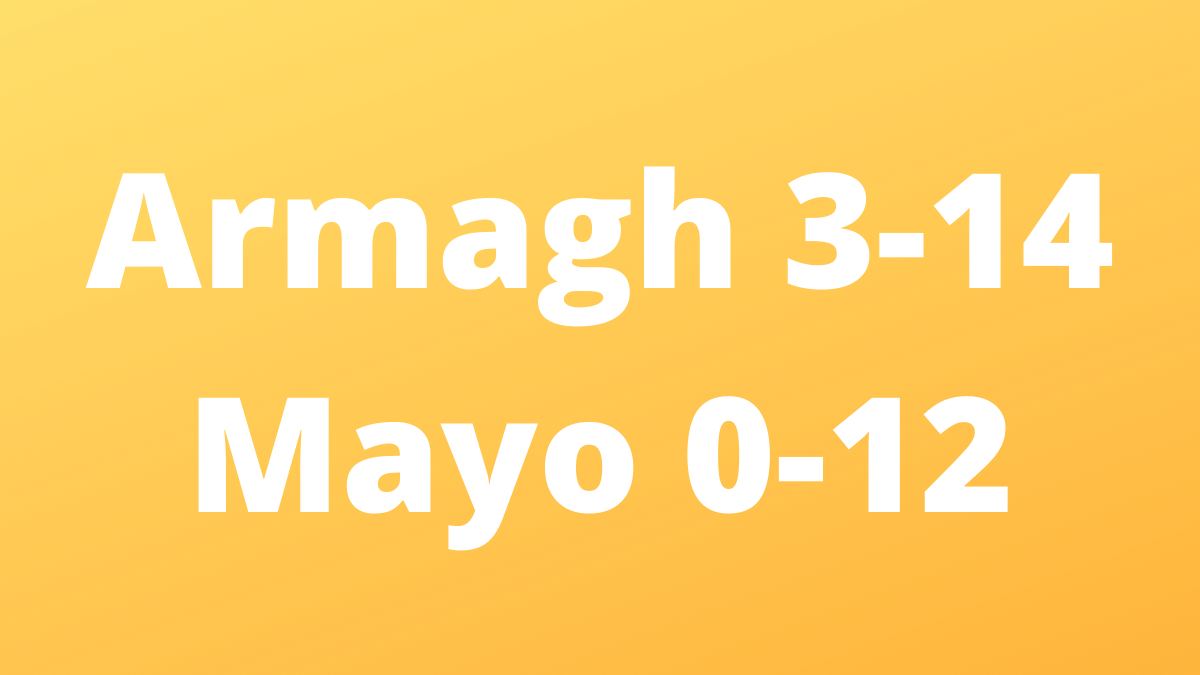 Aimee Mackin led the way with a haul of 3-6 as Armagh set up a TG4 All-Ireland SFC quarter-final date with Meath after this impressive Group 1 victory at Ballinamore.

Mayo, who had already qualified for the knockout stages, will face neighbours Galway in the quarter-finals next weekend.

Armagh led by 1-8 to 0-6 at the break after Mackin got in for her first goal after eight minutes after an earlier exchange of points between Rachel Kearns and Aoife McCoy.

Mackin followed up with a couple of points and Mayo goalkeeper Aisling Tarpey did well to deny Niamh Coleman a 14th minute goal.

Mackin and Grace Kelly exchanged points for Armagh to lead by 1–4 to 0–2 at the first water break.

Mayo came more into the game in the second quarter with Kelly getting two while Sarah Rowe and Sarah Howley added one each.

But Armagh matched them through McCoy and Fionnuala McKenna hitting a point each, while Mackin landed two more to lead by five at the interval.

Mackin wrapped up the issue in the third quarter when she completed her hat-trick, finishing off a good move then slotting home a penalty to put the issue beyond doubt.

Mayo’s only response was a couple of points from Howley and one from Kelly.

Mayo lost Kearns and Sinead Cafferky to the sin bin as Mackin, Reel and Mallon extended Armagh’s lead as they head into their quarter-final meeting against Meath on the back of an impressive eleven-points win.

Mayo will now need to regroup for their showdown with old rivals Galway next weekend.