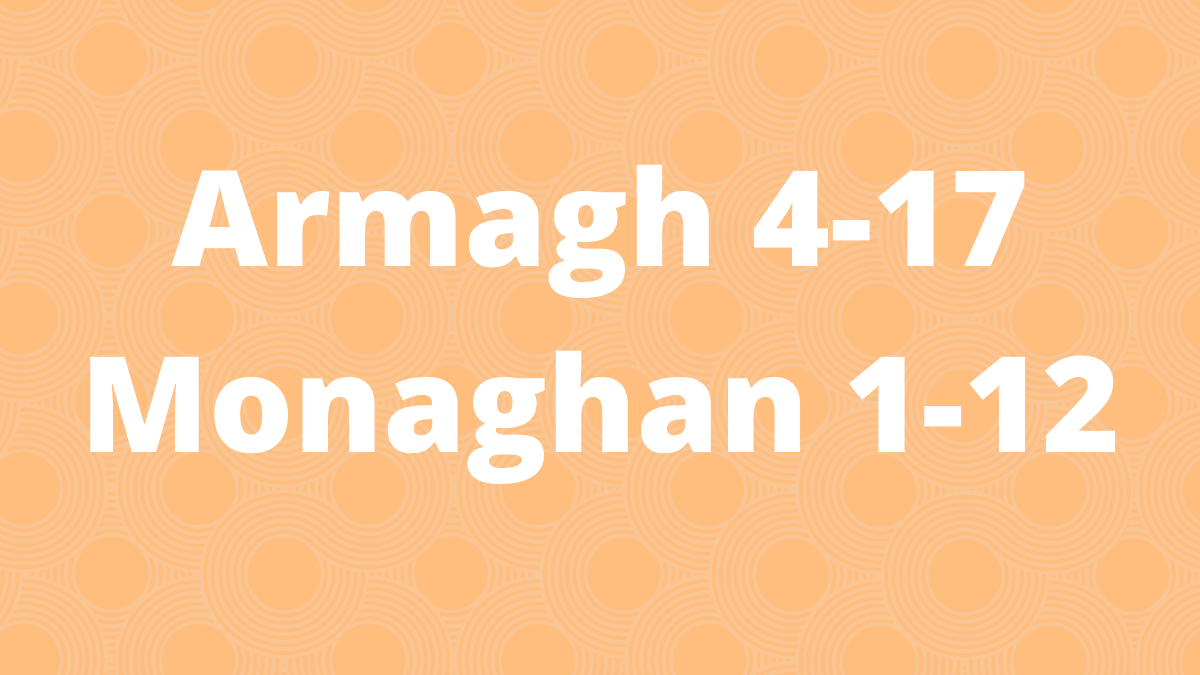 A three-goal blitz in as many second-half minutes gave Armagh and emphatic victory and killed off the dogged Monaghan challenge in this cracking TG4 All-Ireland Senior Championship Group 1 tussle.

Played in the Athletic Grounds, this was an entertaining contest with little to choose between the teams, except for Armagh’s ruthlessness in front of goal, which saw them run our worthy winners.

The Orchard county led by five points at the break after a first half of a robust derby. Monaghan made a late change with Jodie McQuillan coming in for Ciara McAnespie and while initially McQuillan’s height caused Armagh some problems, Lauren McConville did a super job marking her.

The sides were level on 11 minutes after a bright opening few minutes. The game was less than minute old when Aimee Mackin grabbed her first of five points. Scores were then traded as Ellen McCarron, Cora Courtney and Casey Treanor were on target for the Farney women, while Aimee Mackin and Alex Clarke weighed in with points.

Armagh’s first goal came on 15 minutes and it was a touch of class. From the 45-metre line Aimee Mackin curled her pass around the Monaghan defence towards the edge of the square where Caroline O’Hanlon caught and fired into the net.

Armagh were 1-9 to 0-7 clear at half-time, but Monaghan came racing out of the blocks at the resumption, with Laura Garland and Courtney grabbing early points. Laura McEneaney’s goal on 36 minutes closed the gap even further, before McCarron’s fine point levelled the score.

But that was as good as it got for the Farney county as Armagh’s stepped up another level and rattled in three goals before the second water break.

Mallon, Lavery and Alex Clarke each hit the net between the 42nd and 44th minute and there was no coming back for Monaghan – although they never threw in the towel.

But Armagh had the hard work done and all they had to do was avoid a collapse, and they can now look forward to facing Mayo with confidence next weekend.