FOOTBALL: Armagh’s Aimee Mackin is The Croke Park/LGFA Player of the Month for July 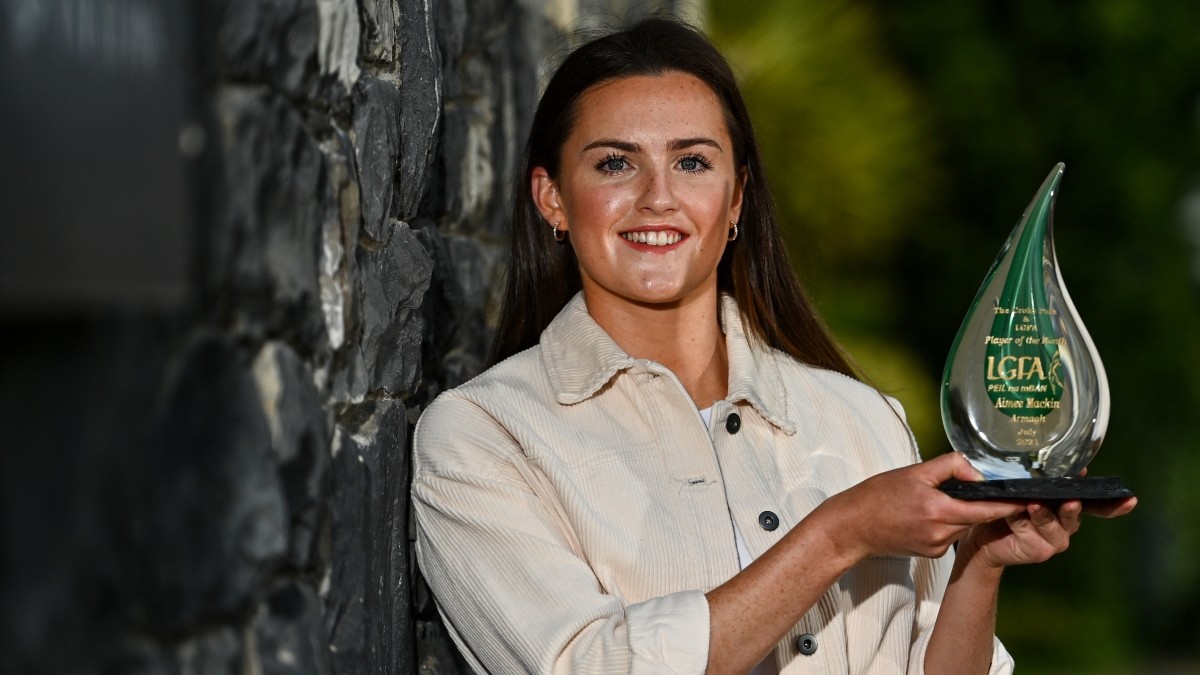 (Aimee Mackin of Armagh is pictured with The Croke Park/LGFA Player of the Month award for July, at The Croke Park in Jones Road, Dublin. Aimee scored 4-28 during Armagh’s four matches in the 2021 TG4 All-Ireland Ladies Senior Football Championship, including a combined 3-22 against Monaghan, Cavan and Mayo in July. The 2020 Senior Players’ Player of the Year currently leads the race for the inaugural ZuCar Golden Boot award. Photo by Eóin Noonan/Sportsfile)

ARMAGH attacker Aimee Mackin has been honoured with The Croke Park/LGFA Player of the Month award for July.

Mackin, 24, was in scintillating form for the Orchard County during their 2021 TG4 All-Ireland SFC Championship campaign, as she racked up a massive tally of 4-28 from just four outings.

Mackin’s haul leaves her out in front in the race for the inaugural ZuCar Golden Boot award, which will be presented to the leading scorer in the 2021 TG4 All-Ireland Championships.

In the month of July alone, the Shane O’Neills star collected a combined 3-22 against Monaghan, Cavan and Mayo.

Aimee scored 0-5 against Monaghan, 0-10 in the victory over Cavan, and a terrific 3-7 as Armagh got the better of Mayo.

Armagh bowed out of the TG4 All-Ireland Championship at the quarter-final stage against Meath earlier this month, but Aimee still managed to record 1-6.

Aimee was the 2020 TG4 Senior Players’ Player of the Year award winner, as voted by her peers, on the back of a stellar season which saw Armagh contest a TG4 All-Ireland semi-final against Dublin.

She continued that excellent form into 2021, and Armagh have the chance to claim silverware next Saturday when they take on Donegal in the Ulster Senior Final.

Aimee was presented with her award today by Muireann King, Director of Sales and Marketing, The Croke Park.