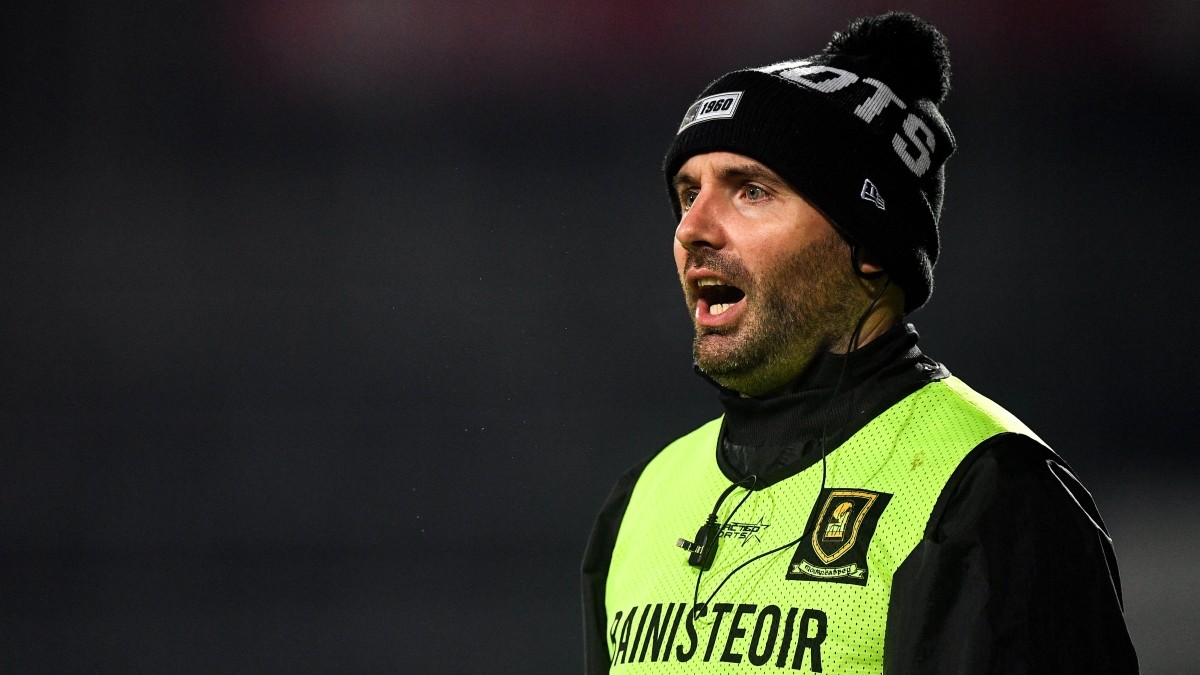 Having previously experienced management at inter-county level with a couple of high-achieving teams, Shane Ronayne is well-used to a hectic All-Ireland-filled tail end to September.

And on Wednesday, he turned 42 after finally getting his chance to take the reins in his native county, the ideal way to kick off his birthday week.

The Mitchelstown man was previously involved with Cork when he was an assistant manager and coach alongside the late Eamonn Ryan in 2014 and 2015.

Ronayne subsequently missed out on taking the Cork managerial hot-seat when Ephie Fitzgerald got the nod in January 2016.

But there began the journey, Ronayne had already assumed control in Mourneabbey where that juggernaut was on the verge of their own unprecedented success.

In 2017, he got his first shot at inter-county management with Tipperary, the trophies followed there too, but the first bump in the road arrived in Waterford.

It was a poisoned chalice when he headed into his inaugural inter-county job with a men’s football team, in a championship structure that wasn’t tailored to a growing project.

But Ronayne toughed it out and had every ambition to fulfil his two-year deal before the dream opportunity presented itself.

“You have to be learning all the time when you are in management,” said Ronayne.

“Those Waterford lads are very, very honest. The whole set-up below in Waterford, from Sean O’Regan the chairman, they were all excellent to work with. It wasn’t easy to tell Sean the other night that I was stepping down because I had a fantastic relationship with them.

“In Waterford, football is looked at as the poor relation. But we really enjoyed all of our time down there, all of us who are involved. I got a lot of nice messages from the players over the last few days wishing me well. It wasn’t easy.

“But the opportunity came and if I didn’t go for this, whoever went in there as manager could be there for four or five years and you don’t know what is going to happen down the line. It wasn’t easy to leave, it was the start of a project, the timing was just unfortunate.

“Ideally, if the Cork job hadn’t been available for another year, it would have been great to have another full year with them (Waterford). I learned a lot in that short space of time. I wish them the very best in the future going forward.”

Ronayne’s father, Philip, hails from Waterford and it was he who got his son into coaching in the first place.

Philip Ronayne was heavily involved in the juvenile section of the Mitchelstown club and he asked Shane to help him out with their U-16s.

“I had started PE Teaching below in UL and he asked me did I want to train the team. That is where it started, that is the first time I coached, with my dad. We went onto the minors and U-21s in Mitchelstown,” said Ronayne.

“Dad would be big into sport. My mother’s brothers would be very much into it as well. “They would be huge supporters of mine. I am surrounded by sport, we just have been surrounded by it.

“We were always going to the matches when we were younger. There is sport on here all the time. It’s a sports-mad family. And Mam, Maureen, was a teacher so that’s where the teaching came in. It all knitted together.”

Ronayne is a PE and Maths teacher at Coláiste Dún Iascaigh in Cahir, Co Tipperary. But he got into his first job in Ladies football when he was teaching in Dublin for a year and took charge of Foxrock-Cabinteely.

There was a stint with UCC in the year’s following too before the huge achievements on the field with Cork, Tipperary and, of course, Mourneabbey.

“There was a time where I would see Doireann O’Sullivan every night of the week. I was managing four teams she was involved with; I was with her with UCC, Cork U-21s, Cork seniors with Eamonn obviously, and I was with Mourneabbey too,” said Ronayne.

“I have always been involved in multiple teams and I have never had an issue with time or anything like that. I learned, especially over Lockdown, you do need to take time for yourself.

“The other issues people will probably raise now is maybe a perceived bias towards Mourneabbey players. I have never operated like that. I was involved with Cork when I was involved with UCC, and there were Cork players sitting on the sideline and there were players from other counties playing. Same in school, it didn’t matter where they were from.

“As far as I am concerned, it doesn’t matter who you are or where you are from, my sole ambition when we are going playing Ladies football games is to win them. I am going to put the best team on the field.

“There never has been any issue and I don’t see any going forward. As long as they are honest and doing their work for me and the rest of the management team they will get on the team.

“Someday they are not on that will be because maybe they are not in the form they need to be. They have to be able to accept that.”

Ronayne is staying put with Mourneabbey for the start of his three-year term with Cork.

He has already led them to two All-Ireland crowns but now it’s time to get the county back winning the major titles.

“Ephie Fitzgerald had the unenviable task of trying to follow Eamonn and he did a very good job there,” said Ronayne.

“We’re very close, we were a couple of minutes away from beating Meath this year, who went on and won the All-Ireland. It isn’t an easy task but it’s one I’m up for. I’m very ambitious and there is a lot of talent there in Cork.

“It’s been a bit of a drought but there is a burning ambition to try and get Brendan Martin back to Cork over the next couple of years during my term.”