FOOTBALL: Back to Croke Park after scuba diving in the Caribbean – The Big Interview with Kerry defender Cáit Lynch 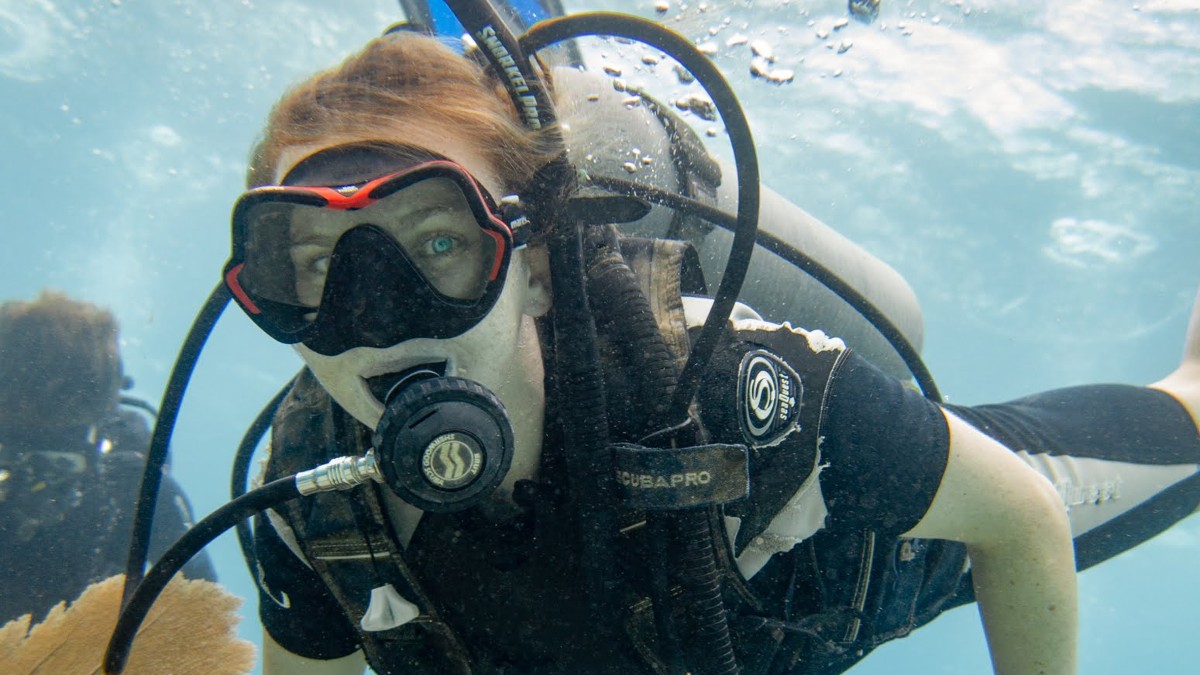 Cáit Lynch’s journey back to Croke Park has taken a few twists and turns – from scuba diving in the Caribbean to launching a new beer in Honduras – but the experienced Kerry defender is raring to go when they take on Meath this evening in the Lidl NFL Division 2 final.

The Castleisland Desmonds player has managed to combine a busy work life with travel and football and has left her mark everywhere, including an IPA beer which she helped launch on a tiny island called Utilia, off the coast of Honduras.

Having turned 29 just this week, the TG4 All Star defender has toured Guatemala, Belize, Mexico and Honduras but it was the latter, and the little island to the north of the mainland, that really captured her imagination.

Her challenge this evening is silencing a dangerous Meath attack in the Lidl National Football League Division 2 final. Lynch loves testing her limits, whether it’s navigating a group of scuba divers around a Caribbean reef or learning Spanish from a Guatemalan host family that only spoke the native language, she thrives on adversity.

“Growing up I wouldn’t have travelled on my own. It just so happened that I ended up moving over to Amsterdam with my job,” said Lynch.

“I had wanted to travel with friends, what other people do, but it wasn’t working out with people timing wise. A friend of mine said try it on your own and see how it goes, if you want you can come home.

“With that little piece of advice I said I would give it a go. For me, it was a challenge and I wouldn’t have been overly comfortable doing it. But it was a good challenge and it paid off.”

Lynch made her Kerry debut in 2012, the same year she won her All Star. She also won an O’Connor Cup with UCC that year, where Louise Ní Mhuircheartaigh was one of her teammates.

The good times kept flowing and, in 2013, Lynch was part of a Kerry team that won Division 2 of the League and added a Munster crown to that. In 2014, she helped Castleisland Desmonds to an All-Ireland intermediate title and she went on to captain the Kingdom the following year.

All of the success came so fast for Lynch but working with Bord Bia meant she headed for the Netherlands in 2016 and her life changed on and off the field.

“I was living abroad for the past few years and when I was in Amsterdam I was playing Gaelic football but also took up Aussie Rules for the first time,” said Lynch.

Her next destination was Central America and that’s where she has some of her most extraordinary memories.

“I went to a Spanish school in Guatemala and lived with a Guatemalan family for a while, while I was there,” she said.

“But I was too eager when I went to live with them, I had no Spanish and they had no English. The first few days were tough but we got through it and I didn’t starve – which was the main thing.”

She travelled through Belize and on to Mexico, moving up through to the country to Mexico City before returning to Honduras. She was in Mexico for a couple of months but her most memorable outing was the Day of the Dead.

This is a national holiday celebrated on November 1 and 2, where the Mexicans get together to remember their deceased family and friends.

“That was an incredible experience. They had the huge parades in Mexico City and we went to Oaxaca, who celebrate it really big there,” said Lynch.

“They have parties in the cemeteries. It is totally different to our approach to death and mourning but it was incredible. That is a few days that I will remember all right.

“It is amazing, they are all drinking and singing and even have Mariachi bands in the graveyards.”

And after that, Lynch’s love affair with Utila began. She had only planned on staying in Honduras for a few months but that quickly turned into a year. It was the locals and the lifestyle – but also the scuba diving – that really drew her in.

Lynch completed her Professional Association of Diving Instructors (PADI) open water scuba training and became a divemaster. That allowed her to take groups of people out to explore the reef.

She spent the year swimming with nurse sharks, bottlenose dolphins, octopuses, stingrays and barracudas, and is looking forward to the day she can go back there again.

“I have only scuba-dived once since coming back to Ireland. I am definitely a warm-weather scuba diver. I was ruined that I did all my diving in the Caribbean,” Lynch joked.

“But it was incredible, being there over the course of a year you get to see how the reef changes and get to experience the world from a different perspective. It is a completely different world underwater.

“To get to go and dive every day was great. To get money to do it and to show people the fabulous things the reef has to offer was even better. And thankfully I never had any issues. My dives were great.

“But when you are leading divers you really have to watch out for everything, in particular new divers. There is definitely a big responsibility in it,” added Lynch, who will soon take up a new job as sourcing manager with Lidl.

And from leading young divers out to water, she now leads this Kerry team as one of the most experienced members in it.

When Lynch returned to Ireland, her dream was to get back in a Kerry shirt but 15 minutes into her second coming for the county against Cavan, she ended up with a broken wrist.

Now is she ready for another championship campaign after her first ever free-kick shootout a fortnight ago against Monaghan.

It may be a long way away from the Utila reef but Lynch is excited about rocking up to Croke Park and the chance of promotion back to the top tier again.

“It is going to be a huge battle,” said Lynch.

“We played Meath in the first round of the league this year and it was a seriously tough game. They are a well-oiled machine at this stage, having come in off winning the TG4 All-Ireland Intermediate title last year as well.

“But for us to get out of Division 2, it would be brilliant. We have been down here for a few years now. I wasn’t playing in the League last year but the team was just flying, they were unbeaten until Covid hit.

“Their goal was to get out of Division 2 and be playing in Division 1 this year. Unfortunately, the League wasn’t finished and we don’t know if we would have got out.

“That was a really big goal for the team last year and it is again this year.”