FOOTBALL: Big day out – The Big Interview with Ciara McGurk of Derry 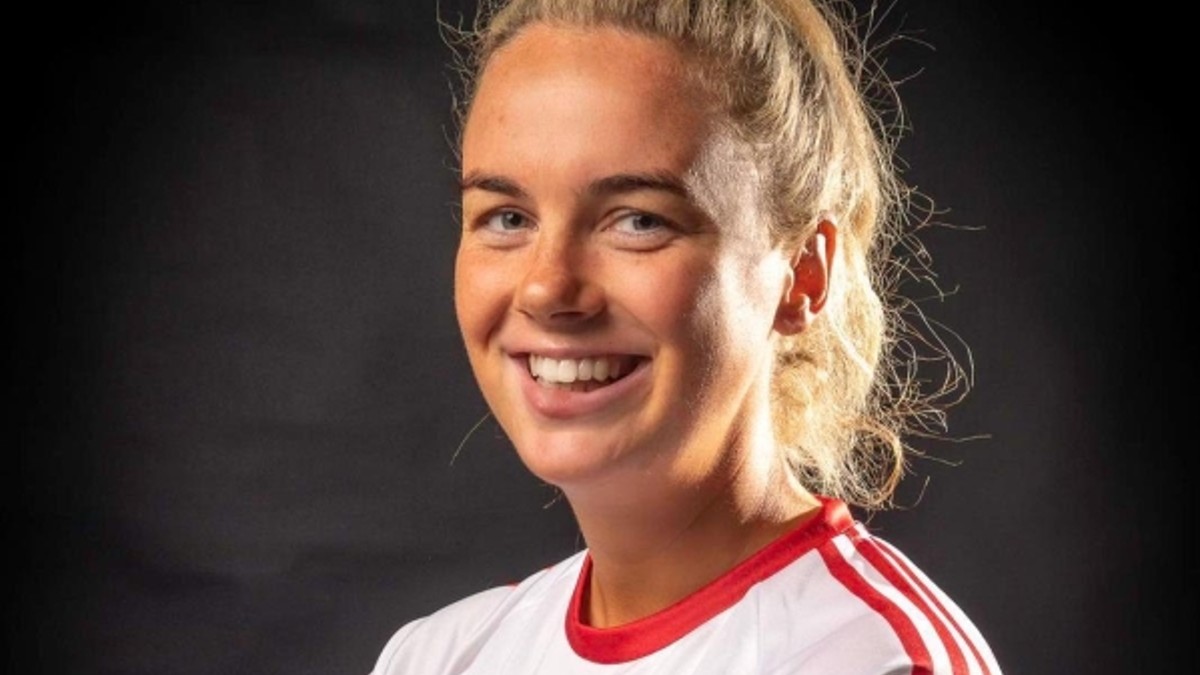 BEFORE the year is out, one of the most high-profile engagement proposals ever seen in this country will finally reach its conclusion when Derry star Ciara McGurk ties the knot.

During TG4 All-Ireland Finals day at Croke Park in 2017, McGurk famously got engaged when boyfriend Ryan McCloskey went down on one knee, with Dáithí Ó Sé performing MC duties in front of 46,286 spectators.

The couple had to postpone their wedding due to Covid-19 but have rescheduled it for December.

And while Ciara is busy preparing for the big day, she’s also coaching underage girls’ teams and even a local men’s club team, too.

McGurk (30), recently started a nursing degree at Ulster University Magee, which thankfully is mostly online because she has two young children; Eilidh (9) and Conlaodh (5).

But excitement is now building ahead of December 10. Ciara and Ryan may have missed out on their original date due to Covid-19 restrictions but the big day is finally approaching.

“It was a weird one, we took the decision back in March 2020 to postpone the wedding once everything kicked off,” said McGurk.

“We had family coming from America and Australia so it was an easy decision to say we will postpone it until next year, hoping they would get back but things are still not going to get back.

“As far as I’m aware, maximum numbers at the minute are around 200. We will have about 200 and it depends come December time whether that gets lower or higher.

“But the family won’t be able to get back. Australia has closed their borders and if you go out you can’t get back in. With America, there’s too much testing to get in and out.

“It’s a pity, it would have been the first family get-together in years, especially on my mam’s side. The last time the whole family was together was before I was born. They were living in America for years.

“No matter what, we want to get married. It’s about me and Ryan. No matter, we will be getting married this year.

“We were in no rush but there’s no point in putting it off anymore.”

Their proposal is a hit on YouTube now, with almost 30,000 views, but McGurk doesn’t need to search the social media platform to remember that fantastic Sunday in September 2017.

It was a day where she scored a goal in TG4 All-Ireland Junior Championship final, before opponents Fermanagh came back late on to secure 3-7 to 2-10 draw.

Derry went on to lose the replay but it’s a time McGurk will never forget.

“Ryan thought if we lost it would be a great pick-me-up. If we won it would be a bigger celebration but he didn’t take a draw into consideration,” said McGurk.

“It was a bittersweet one because we were nine points up with ten minutes to go. Then we had to hold out for a draw and that was a bit frustrating.”
Ó Sé led the interviews at half-time in the Intermediate game and McGurk was left speechless when her boyfriend got down on one knee. But, crucially, she had the wherewithal to say: “Yes.”

“Afterwards we went in and got changed and came back up to the stand,” said McGurk.

“The captain was like: ‘Ciara they want to do an interview with you at half-time.’ I was like: ‘What for?’

“At half-time in the Intermediate game, they brought us down. They were chatting about the match, they interviewed the other two girls and they left me until last.

“They were just chatting away about the match, how did it feel to score a goal. Then they said something about Ryan, you have a fella called Ryan, or something.

“And then the next minute I turned around and there he was.”

McCloskey had sent an email to Croke Park to organise the surprise, while the TV interview was an added bonus on the day.

And it was only McCloskey, the TV crew, interviewers and Derry captain Cáit Glass who knew what was on the horizon.

“It’s a great memory. When you think back to the All-Ireland final, I still have that to look back on. I still had a great outcome on the day,” said McGurk.

“The best thing about it, is Ryan would always be scaring me. He would always record scaring me. So, all my friends thought he was doing this for a big scare on TV. They thought this was him getting down to scare me!

“That’s why if you see the ones in the stand, they’re like, oh my God, he’s not going to scare her again.

“Then some of them are crying because they’re like, oh my God.”

The big day in December is just around the corner now but the honeymoon will have to be put on hold as other commitments take centre stage once again.

On the field, the dust has settled on another season with Derry, where McGurk started out life under their new manager Odhran McNeilly.

Being a more experienced member of the panel, she is expected to be a leader and considering she is joint-manager of the Sean Dolan’s adult men’s team, alongside Ciaran Wilkinson, McGurk has experienced both sides of the coin.

“I really, really enjoy working with them because they understand, they play football and they really enjoy it. I thought when I went in they wouldn’t listen to me but because I play county with Derry they respect that.

“It’s an honour to be involved with my home club, they always say you get more out of coaching than you do out of playing. Even though I am still playing I still get a serious buzz when I’m coaching.

“Sometimes I think I might have a heart attack, the pressure of watching them play. It’s more stressful. So, I understand how my coaches feel.”