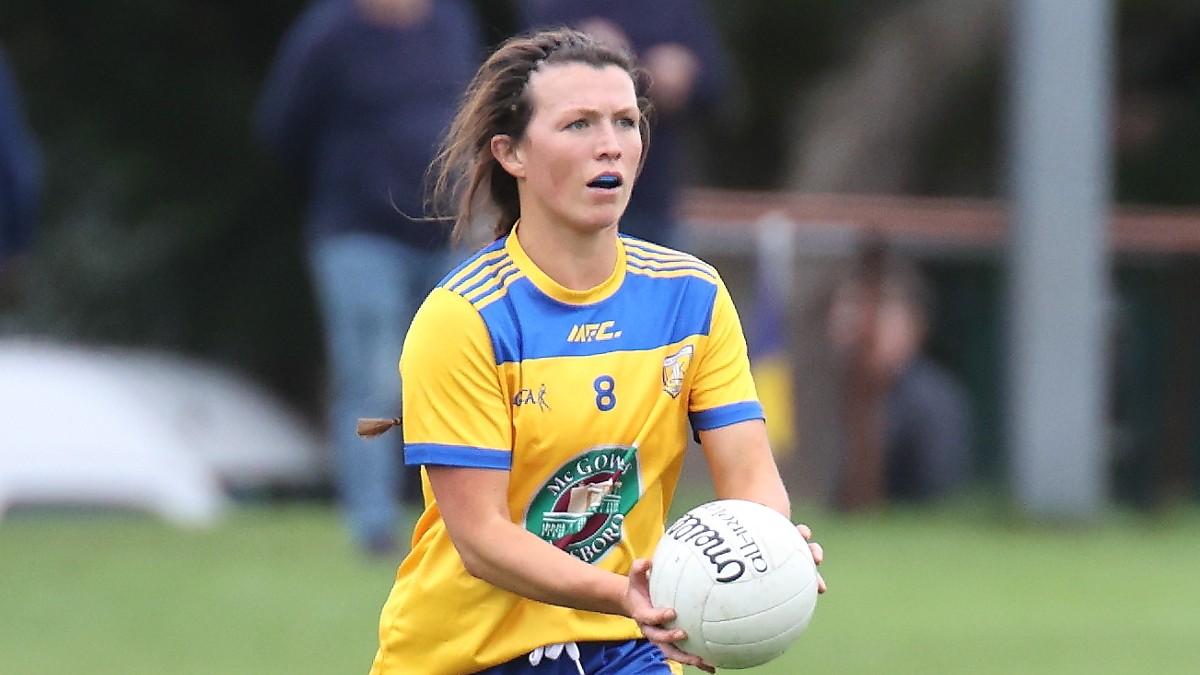 The reigning champions are looking for their seventh Dublin SFC title in a row when they launch their latest defence at Parnell Park (7.30pm) against a Na Fianna side who have beaten them already in this year’s championship.

However, the 27-year-old helped secure a famous 1-10 to 2-6 victory over Foxrock-Cabinteely in Mobhi Road a few weeks ago.

“It has been a good championship, we played Crokes first of all and we beat them by a point. We lost to them last year in the semi-final. That was a really good start for us,” said Caffrey.

“We played Thomas Davis and Clontarf and then Fox-Cab. We have been improving with each game. It’s quite a young team so everybody is learning as we go but everyone is enjoying it and we are going well.”

Caffrey’s father John, the former Dublin All-Ireland winner, has come on board as a selector this season and that has been another step in the right direction for Na Fianna, while Hannah Tyrrell’s lethal cutting edge has been vital.

“Hannah is brilliant. She is so clinical in front of goal. Even with all the younger girls, she is a great voice to have in the dressing room. Everyone listens to her. She works really hard and she is a great leader to have on the pitch,” said Caffrey.

Na Fianna reached an All-Ireland final in 2011 when they lost out to Mayo heavyweights Carnacon.

And Caffrey was on the substitutes bench that day alongside her sister Aoife, Lucy Collins and Aoife Nolan.

“Lucy came on as a sub that day and we were quite young at the time. It was really exciting and really good to be involved at that age,” said Caffrey.

“You just realise that you really have to work very hard to win. It’s a normal thing to always be on top. The team that we were playing with that year, the Na Fianna girls were all super athletes. It was such a strong team.

“Making it to the All-Ireland was so huge for the club. We were all really disappointed after. But it set the standard for what we should be doing, how the team should go on. It gave the younger girls a lot of experience at a young age.”

And they brought that experience through to 2014 when Na Fianna were too good for a young Foxrock-Cabinteely outfit.

“They have been there for the last six years. Nobody has been able to knock them off the top. They are a brilliant team and we are just going to have to give it our best shot.

“I remember in 2014 that was on a Friday night as well in Fingallians. It was a brilliant match, we had great celebrations after it.

“We had a training camp with Dublin on that Saturday and we went down with the Fox-Cab girls in the car the next morning.”

Leah Caffrey was speaking ahead of the Dublin LGFA Go-Ahead senior football championship final between Foxrock-Cabinteely and Na Fianna which will take place at Parnell Park this Friday (October 29) at 7.30pm.