FOOTBALL: Carlow’s Clíodhna Ní Shé is The Croke Park/LGFA Player of the Month for August 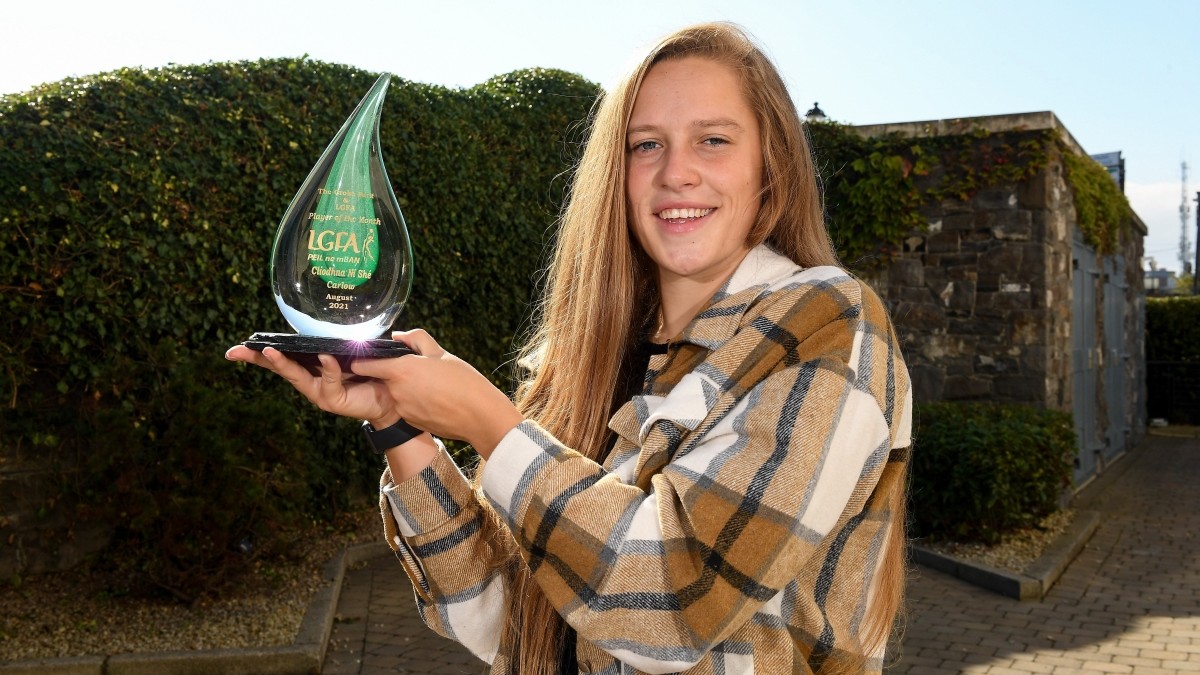 This latest honour for Ní Shé caps a brilliant couple of weeks for the 21-year-old Bennekerry/Tinryland player, who scored 9-19 for Carlow during the 2021 TG4 All-Ireland Junior Championship.

That haul saw Clíodhna collect the ZuCar Golden Boot award, as the leading scorer across all three grades of the TG4 All-Ireland Championships in 2021.

During the month of August, Clíodhna collected 5-13 in three Championship games, including 3-5 in the semi-final extra-time loss to Antrim.

In the group stages, Clíodhna was in excellent form against Limerick, scoring 2-4, while she was also her team’s leading scorer with 0-4 in a one-point victory over Derry.

Earlier in the campaign, Clíodhna also collected a hat-trick of goals (3-2) in defeat to Wicklow, who would go on to be crowned Junior champions.

Clíodhna was presented with her award today by Alan Smullen, General Manager, The Croke Park.