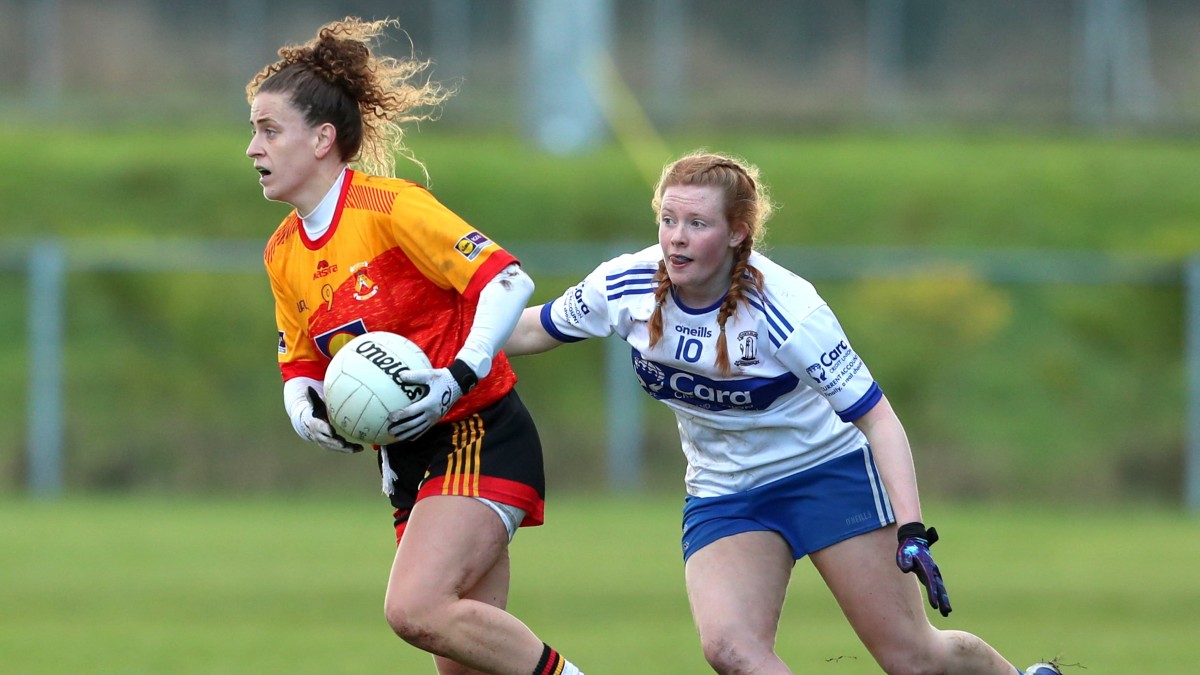 Niamh Hughes scored 1-3 as Castlebar Mitchels held off a thrilling late comeback from Castleisland Desmonds to book their place in the currentaccount.ie All-Ireland Intermediate club final in Josie Munnelly Park.

The teams were level, 0-6 to 0-6, at the second water break before the supporters in Castlebar were treated to five goals in the final quarter.

The hosts were guilty of 17 wides over the hour but worked wonders after that water break as they struck 3-1 in a four-minute spell.

On their first attack, Fintan Keane’s team couldn’t believe their luck when Laura Brody’s effort landed over goalkeeper Fiona Griffin and under the crossbar for the first goal in the 47th minute.

That score allowed them to unleash and sensing an opportunity they quickly created another goal, which was finished off by Hughes.

Anna Tuohy added a point to make it 2-7 to 0-6 and the Mayo champions seemed to be out of sight on 50 minutes when substitute Marita McDonald set up Danielle Caldwell for the third goal, to leave ten points between the sides.

Castleisland were in trouble but they were given a glimmer of hope as Paris McCarthy sent Amy Curtin through and she passed a few defenders before finding the net with five minutes of normal time remaining.

Things got even more interesting in the 60th minute, when Julia Ann Twomey got the vital touch in a goalmouth scramble for a second Castleisland goal. And the Kerry side were just three behind when McCarthy added a point from a free but their quest for an equaliser went unrewarded.

Castlebar Mitchels were the better side in the first half but only held a 0-5 to 0-3 lead at half-time with 11 wides. Hughes converted two points with Tuohy, Orla Conlon and Brody also on target.

McCarthy scored twice for Castleisland with Niamh Walsh also scoring and the latter reduced the deficit two minutes into the second half.

Hughes sent over a free to restore Castlebar’s two-point lead with a 41st minute free but the momentum was certainly with the visitors when Lorraine Scanlon and McCarthy converted from frees.

However, after the water break Castlebar scored three quickfire goals and they had enough in the tank to reach the final.