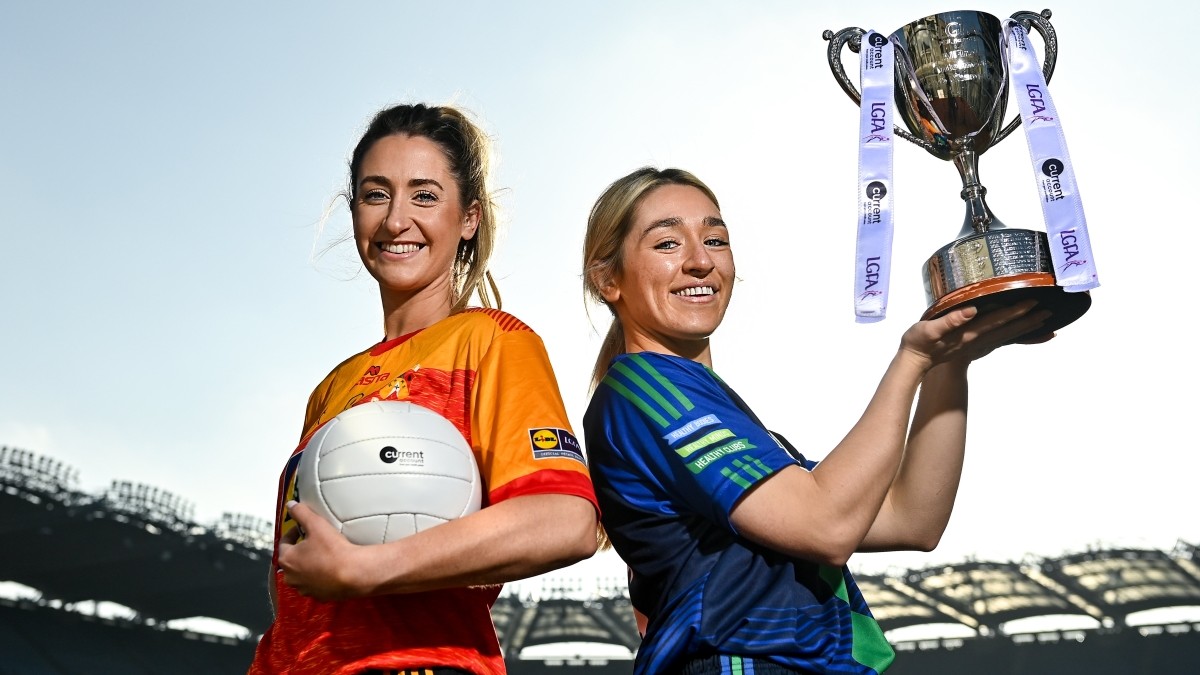 Both Intermediate Finalists, meanwhile, are gracing this stage for the very first time.

Castlebar Mitchels will hope to become the very first Mayo winners of the competition, as St Sylvester’s aim to emulate the feat of Clontarf (2018) by bringing the trophy to the capital.

The last team from Connacht to lift the Intermediate title was Annaghdown from Galway back in 2016, while a St Sylvester’s win would ensure a Leinster win for a fourth successive season, following the exploits of Dunboyne (2017), Clontarf a year later, and Naomh Ciaran from Offaly in 2019.

Castlebar Mitchels came through a thriller against Kerry opponents Castleisland Desmonds last Saturday, as St Sylvester’s got the better of Kinawley from Fermanagh on Sunday.

Ahead of the game Darren Kelly has been chatting to the respective captains and starts with Castlebar Mitchels’ Lisa McManamon.

Throw-in at Duggan Park, Ballinasloe on Sunday is 1.30pm.