FOOTBALL: Check it out – The Big Interview with Bríd O’Sullivan of Mourneabbey and Cork 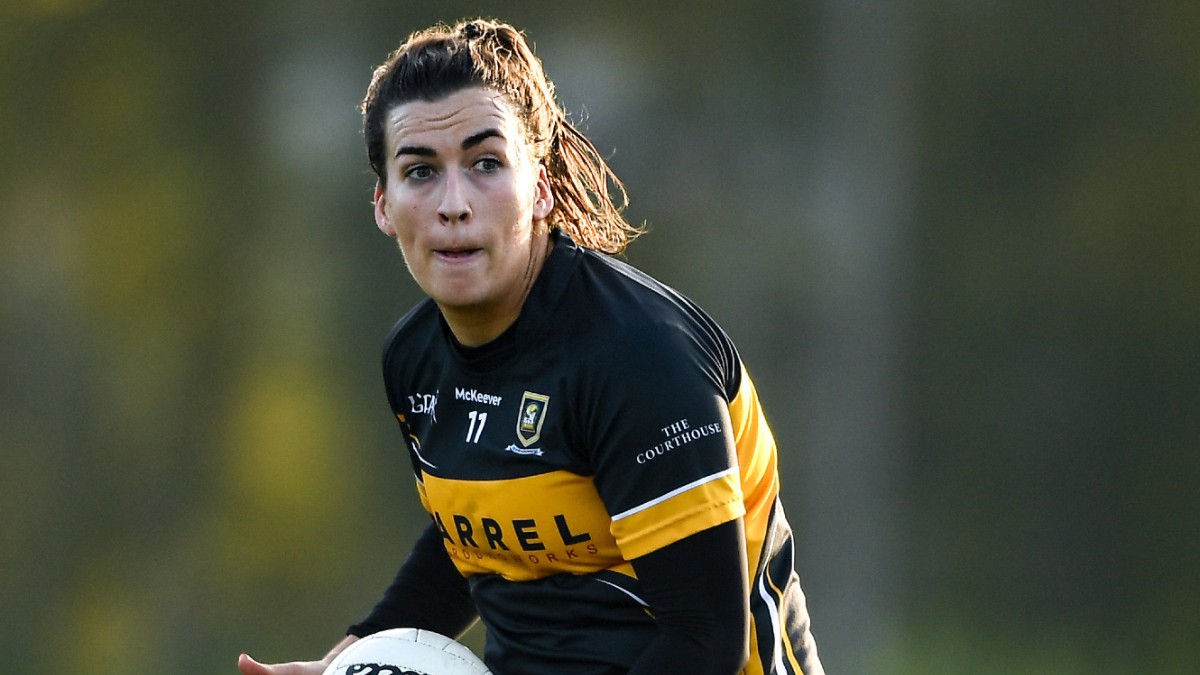 Just under 12 months after she got the all-clear, Bríd O’Sullivan captains Mourneabbey against Kilkerrin-Clonberne in the currentaccount.ie All-Ireland Senior club final today.

She has already been successful with the captain’s armband twice at this stage of the competition, but this year holds a special significance.

“It started off as a bump in my thumb. I had it for quite a while and I just put it down to getting a bang in a match,” said O’Sullivan.

“It was never sore and I thought it was nothing but finally then in February of 2020 I was at the doctor and said it in passing.”

That bump turned out to be soft tissue sarcoma, a cancer usually found in arms, legs, the chest, and abdomen, while hers had unusually developed in her right thumb.

But initially it seemed benign and O’Sullivan’s doctor recommended getting a biopsy, more as a precaution than anything else.

Covid-19 was just taking hold in Ireland at the time and that was a contributory factor as the procedure was delayed until the following September.

But the Cork stalwart still had her sights set on her football in the days prior to going under the knife.

“It was a small procedure under local anaesthetic and I remember at the time, it was a Wednesday and I was supposed to be playing a challenge game with Mourneabbey on the Friday,” said O’Sullivan.

“To show how not worried I was about it, I was tempted to cancel the procedure because I knew I would have stitches in my thumb and I wouldn’t be able to play the challenge game.

“I ended up doing it anyway to get it over with. I got it removed on the Wednesday, strapped, played the game on the Friday and honestly did not give it a thought.”

There was still no alarm from her health professionals but one phone call in late October changed everything.

The 28-year-old was on mid-term break from St Mary’s Secondary School, Mallow, where she is a PE and Science teacher.

“I woke up with a missed call and it was the secretary of the doctor who had removed it, asking me to ring back,” said O’Sullivan.

“I went up that evening with my parents and went in with my mam, she basically told me what they had removed was a rare form of cancer, called soft tissue sarcoma.”

It was Ms Jenny Lynch from the Mater Private that delivered the diagnosis, with Bríd and her mother Reena sitting in disbelief opposite her, while father Dan waited in the car.

But it wasn’t until the plastic surgeon offered up some of the consequences that the O’Sullivans were left in real shock.

“The thing about it being in your thumb is it’s really uncommon and you don’t have loads of tissue there.

O’Sullivan had already captained Mourneabbey to two All-Ireland titles and matched those feats with Cork, where she starred in a couple of All-Ireland successes as well.

And for her, it was football she thought about before her long-term health or the other difficulties she might face in life with the potential of such a troublesome diagnosis.

“For someone who doesn’t play football, they would be thinking how does your mind go directly to that but when it’s something you spend a lot of your time doing, your mind goes there,” said O’Sullivan.
“The whole way along, I actually had been quite calm as she was explaining, if this comes up on the scan you will have to do this but it was the point where she talked about the amputation, that was the heart sinking moment.

“The first thing I said to my parents on the car journey home was: ‘what am I going to do about football?’

They essentially laughed in my face, thinking what? How are you even able to think about football?”

But O’Sullivan’s cancer had only reached part of her nerve and it never reached the bone. She had surgery that December, where she had a skin graft from her arm to her index finger and the skin from her index finger was put onto her thumb.

Then, at the end of January 2021, they investigated the results and weren’t sure they had cleared all of the cancerous cells. It was less invasive from there and she eventually got the good news in February 2021.

Now, O’Sullivan receives CT and MRI scans every six months and that will become a yearly occurrence in time.

“I want people to know that nothing is too small, cancer doesn’t discriminate, you are never too young or never too fit to be affected by it,” she said.

The versatile forward will surely have a major influence on today’s proceedings at St Brendan’s Park in Birr and she has a lot to be thankful for with a fresh new outlook at the start of 2022.

Chief among those who helped her along the way are Ephie Fitzgerald and Paddy O’Shea, who ensured she remained a vital part of the Cork setup, where she trained right up until the week before her first operation.

While her Cork teammates were brilliant, so too were the Mourneabbey family, which very much includes manager Shane Ronayne.

“Shane puts so much into it and you would like to repay that when you see him putting so much in. He will be a real positive for Cork this year,” said O’Sullivan.

“You could say that Shane is our secret to success here in Mourneabbey. We haven’t looked back since he came. We have won seven out of the eight county finals, every Munster final and two All-Ireland finals since he has been involved.

“He’s just an excellent trainer and knows how to get the best out of everyone. Over the years, he has become a fantastic part of the team in terms of being an excellent manager. “He’s a great friend for all of the players as well.