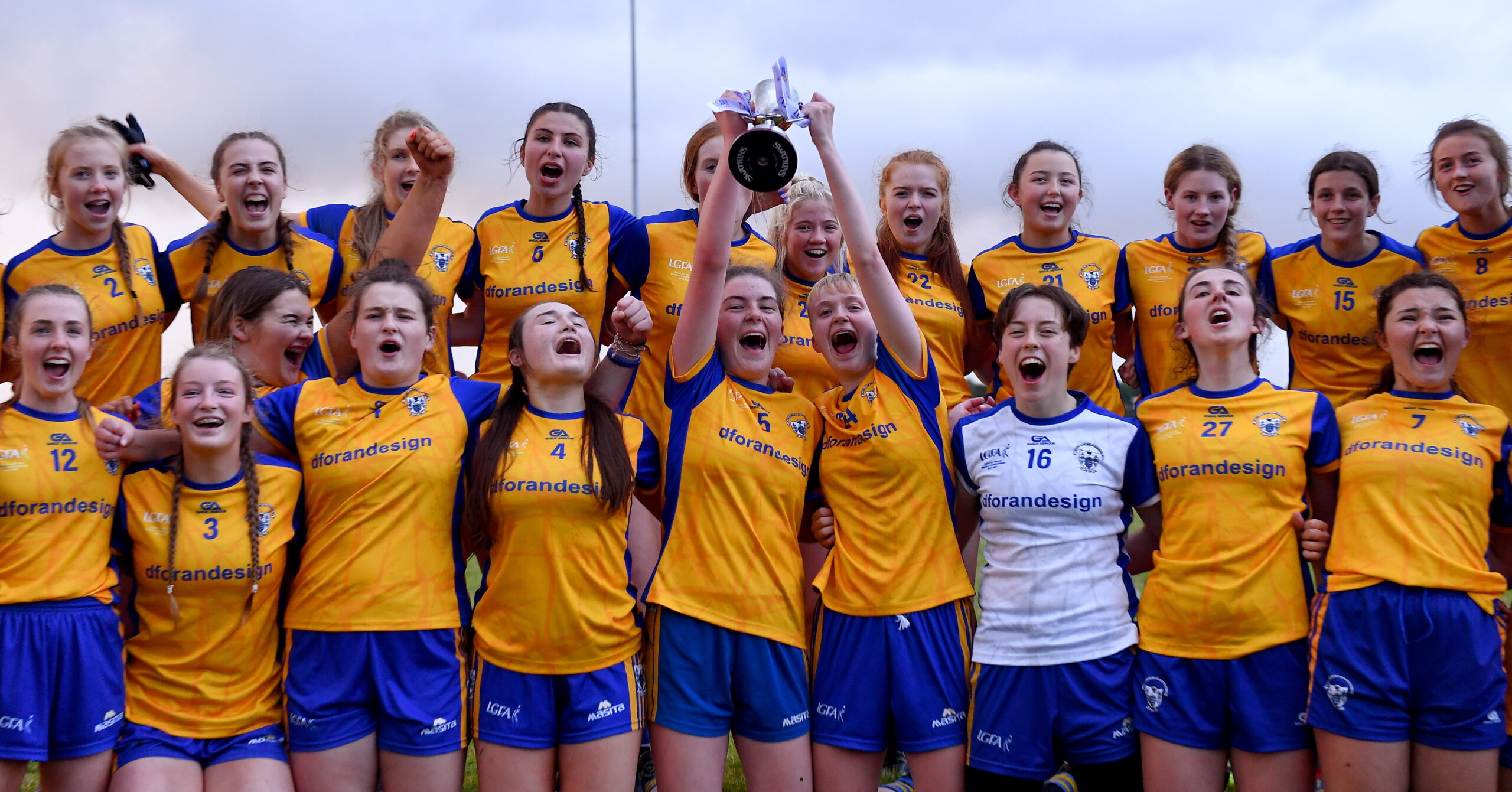 Abby Downes hit 2-6 as Clare were crowned ZuCar All-Ireland Minor C champions in a thrilling encounter against Wicklow in Kinnegad.

Clare dominated the early exchanges but were reigned in, to leave the score level at the half-time interval. And while Wicklow did go five points clear during a hectic second half, Clare remained composed and Downes hit the winner two minutes from time to ensure victory.

Clare got off to a bright start with Downes scoring two points inside the opening three minutes. With both sides finding their feet, it was Clare that hit the net first. Sophie Daly and Edel McNamara combined to find Downes in space and the wing forward made no mistake with the finish.

Sadhbh Fisher scored twice for Wicklow, between a fine effort for Edel McNamara who ran down the line and jinked past her marker to finish. Fisher converted a free, Clare hit back with Gráinne Burke and McNamara splitting the posts pushing the Banner into a five-point lead.

Fisher added her fourth point of the contest on 18 minutes but Clare reasserted their dominance with Downes and Burke both finding the target to open up a six-point advantage.

However, Wicklow upped the gears and an unanswered 1-4 ensured the sides were level at the break. 1-3 of that tally came from the boot of Aobha Harmon, her goal finished emphatically past Clare’s goalkeeper Katie McMahon.

Wicklow took the lead as the second half resumed with two Sadhbh Fisher frees opening up a two-point advantage. A minute later that advantage became five as Poppie Rose Cullen Dunne found herself unmarked and she finished to the net with aplomb.

To their credit, Clare never panicked and got themselves back to within two points as Downes burst past the Wicklow defence for her second goal.

Charlotte Nagle made an immediate impact as she found the net, off the bench, with her first touch on 45 minutes to maintain Wicklow’s five-point lead. An outstanding save from Holly Wright kept that advantage intact but it wasn’t enough as she was drawn out of the goals leaving Edel McNamara to tap home to an empty net.

A minute later, McNamara levelled the game and while Sadhbh Fisher added a further two frees for Wicklow to set up a tense finish, Downes found the winner and Clare’s first title at this level.