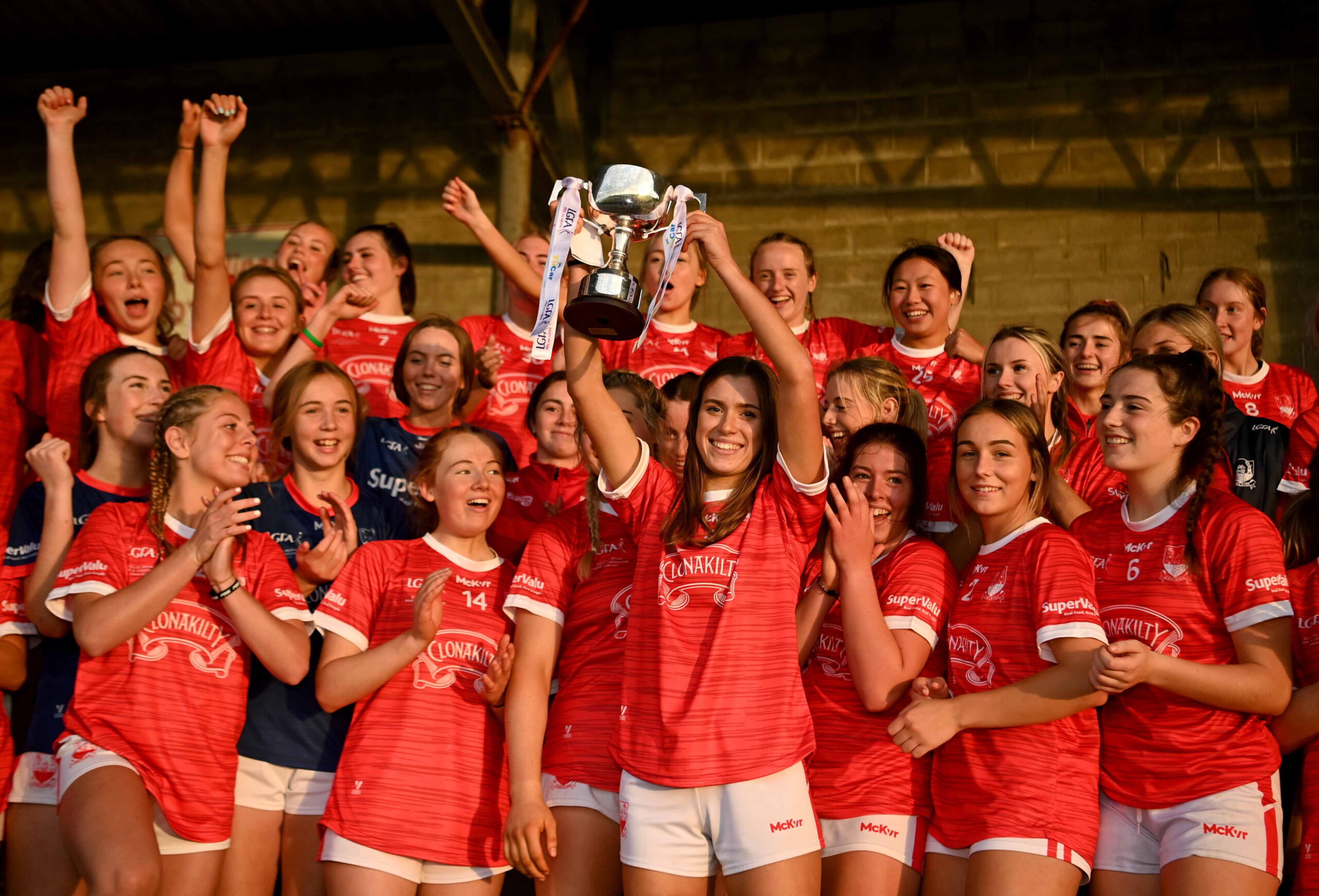 Abigail Ring scored a last-minute goal as Cork retained the ZuCar All-Ireland Minor A Championship with a comfortable win over Galway in MacDonagh Park, Nenagh

The Cloyne forward’s dropping ball fell underneath Leah O’Halloran’s crossbar in the 69th minute to crown an eight-point win.

It was no less than the Munster champions deserved as they were denied by the crossbar three times but seven third-quarter wides allowed their opponents to stay in touch.

Cork came out of the traps quickest in the first half but it took them until the fourth minute when Leah Hallihan opened their account. Two minutes later, Rachel Leahy added a second.

Galway were struggling and Cork threatened big scores before Galway got off the mark through Áine Shaughnessy on 11 minutes.

O’Halloran had already saved from Leahy while the woodwork kept the margin tight. Shaughnessy’s free levelled before another from play from the Kilkerrin/Clonberne player pushed Galway ahead.

When Molly Mulryan found the target nine minutes before half-time, it was 0-4 to 0-2 to the Connacht champions.  However, Cork had another burst and four scores in three minutes from Emma Hurley, Orlaith Cahalane and Ring (two) overturned the deficit.

Mulryan got her second to bring it back to 0-6 to 0-5 but another three from Cork through Cahalane and two points from Ring left four between them at the break.

Joe Carroll’s team attacked from the restart again but Cork couldn’t seize control. Cahalane and Sadbh McGoldrick put five between them however a Shaughnessy free and a Mulryan score left Galway just 0-11 to 0-7 down on the three-quarter mark.

Galway needed a breakthrough and it eventually came on 51 minutes when Emma Mitchell and Laura Scanlon set up Mairead Glynn for a goal. That left one between them but Cork’s response came from two Ring frees and a point courtesy of Hurley.

Shaughnessy’s free left it at 0-14 to 1-8 as added time played out but Cork finished like they started as McGoldrick and Hallihan pointed before Ring’s goal ensured Cork’s 12th All-Ireland success at this level.