FOOTBALL: “Credit to the girls over the last eight weeks, they’ve put in some shift” – Louise Ward 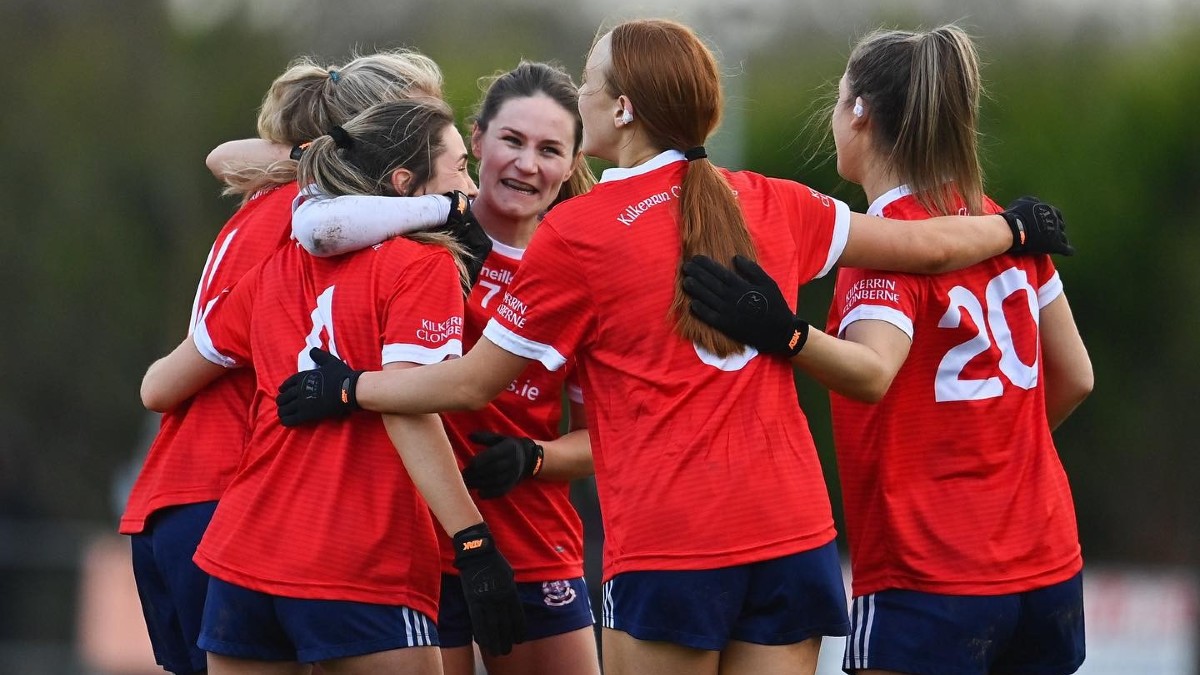 Kilkerrin-Clonberne captain Louise Ward says it’s been a long journey to get back to a currentaccount.ie All-Ireland Senior final and lock horns with rivals Mourneabbey again.

Her twin sister, Nicola Ward, got forward to score both goals in the first half as the 2019 beaten finalists advanced to another decider with a 2-8 to 0-8 victory over Donaghmoyne.

The Monaghan outfit had not featured in the final since 2016 and they found it tough to keep tabs on their hosts in Clonberne while their late revival came up short.

“We’ve been waiting for this, it’s a while since 2019 when we were playing Mourneabbey down in Limerick,” said Ward.

“It’s been a long road back to that but credit to the girls over the last eight weeks, they’ve put in some shift and that really showed out there.

“We started well today, other days we haven’t got the start but we really got that today. Probably in the third 15 minutes, we let it slip a little, I think we only scored one point in that patch but we finished strong as well and we’re happy with that.”

For Kilkerrin-Clonberne, the pain of that defeat three years ago still lingers, and they will come up against an in-form Mourneabbey in the final again.

But on Sunday, they were the stronger side in the first half and Nicola Ward pounced for their first goal in the eighth minute.

That gave them a 1-1 to 0-0 advantage and they took a 1-2 to 0-1 lead into the first water break. The two Wards linked up again just before the break and it was the 2019 All Star who finished to net for her second goal.

Kilkerrin-Clonberne were six points in front at the interval and when Eimear Traynor was shown a yellow card for a foul on Hannah Noone, Donaghmoyne looked in real trouble.

But they fought valiantly and with Cathriona McConnell leading the charge they only trailed by 2-3 to 0-6 with 20 minutes remaining.

Cora Courtney and McConnell scored points back-to-back and Donaghmoyne were two points in arrears at the final water break.

But that was as good as it got and the five-time champions couldn’t force a way back, instead Olivia Divilly sealed the win for Kilkerrin-Clonberne.

“We came back well after Eimear got sent off for the sin bin,” said Donaghmoyne manager Francie Coleman.

“The girls will be disappointed with some of their performances but all in all, we made a game of it, I have to give them credit for the effort that they put in.”