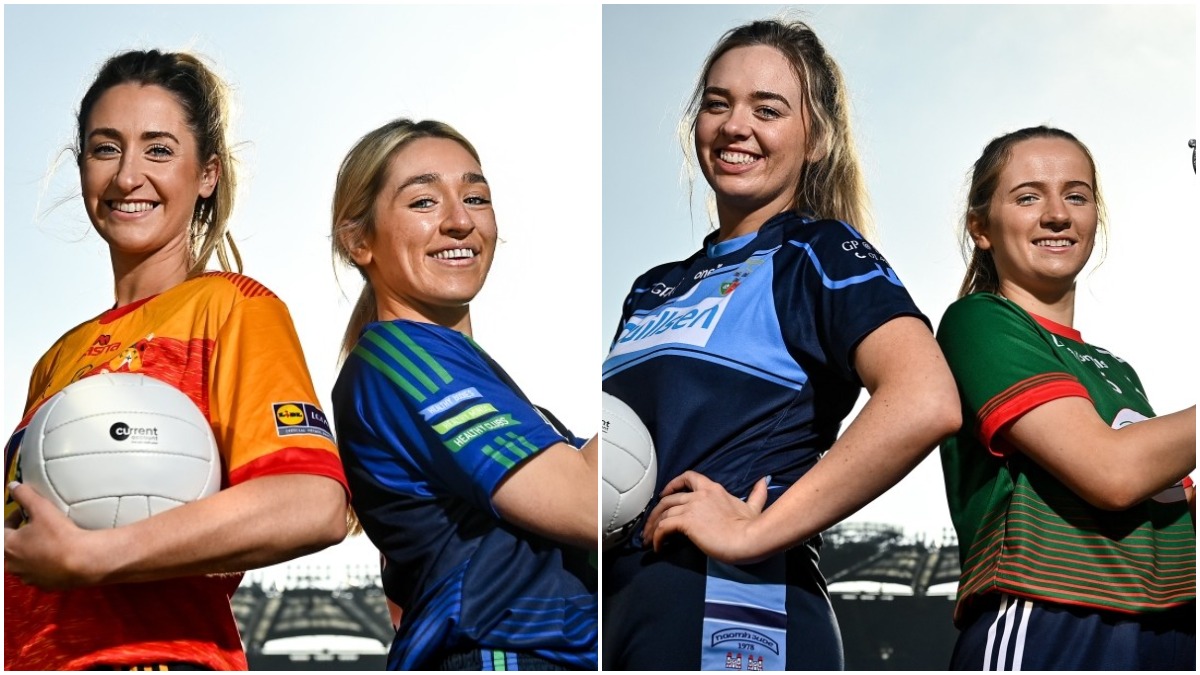 The Sky Blue trio are joined in the Syl’s set up by experienced county star Niamh McEvoy, who’s named among the substitutes.

Syl’s will take on a Castlebar Mitchels team showing one change in personnel from the side that came through a thriller against Kerry’s Castleisland Desmonds at the semi-final stage.

Sarah Prendergast is handed a start, with Sarah Conlon dropping to the bench as Castlebar Mitchels aim to become the very first Mayo winners of this competition.

St Sylvester’s, meanwhile, are aiming to emulate the feats of Clontarf (2018) by bringing the trophy to the capital.

But they’ll face stiff opposition from Castlebar Mitchels, who have Mayo seniors Orla Conlon, Danielle Caldwell and Kathryn Sullivan in their ranks.

Both teams are first-time finalists and this is set up for a potential cracker in Ballinasloe.

Supporters who cannot make it to Ballinasloe can watch the game live and for free on the LGFA’s Facebook Page: https://fb.me/e/1sMoZBXbi

Check out the SportsDaz Preview HERE

This game is also live on the LGFA Facebook Page: https://fb.me/e/1rgVZbaVL and will throw in at 1.30pm in Baltinglass.

Mullinahone are unchanged following their semi-final win against Galway outfit St Brendan’s, while St Judes have made two changes in personnel after getting past Carrickmacross from Monaghan at the semi-final stage.

Aoife Rockett and Hannah Begley come into the starting line-up, with Caoimhe McGrath and Aisling Gannon named on the bench.

Lorraine O’Shea scored the crucial goal last time out for Mullinahone, who have Kilkenny camogie star Denise Gaule in attack.

In their semi-final, St Judes had late goals from Monaghan native Niamh Kerr and Gannon to send them on their way to Saturday’s decider.

Check out the SportsDaz Preview HERE