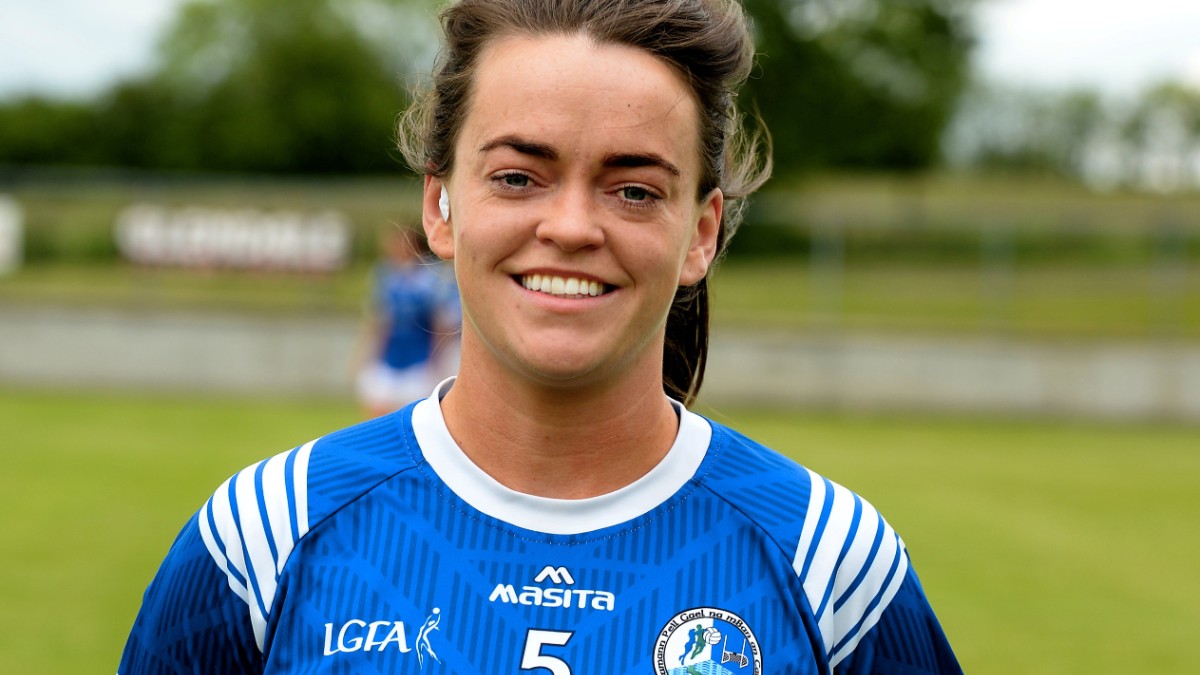 When Cavan’s long-serving star Sinéad Greene leaves the field for half-time, she pricks her finger to check her blood sugar levels.

If they are too high, she will inject herself with insulin before indulging in some Haribo sweets.

Estimates suggest that over 230,000 of the Irish population will be diabetic by 2030. Greene has Type 1 diabetes which relates to between 10 to 15 percent of that figure.

It means for a different life for an inter-county footballer but the 28-year-old has never let it hold her back. And having made her Cavan debut in 2011, and gone on to captain the side until recently, she wants to ensure young girls who have the disease know they can follow in her footsteps.

The Templeport defender spent the first part of this week in Wexford with her boyfriend Stephen, where they took in some kayaking at Hook Head on Monday afternoon.

They went out with a team of ten, two of her compatriots ended up being Mayo stars, sisters Grace and Niamh Kelly. The three will do battle in today’s TG4 All-Ireland Championship Group 1 tie at Markievicz Park.

And for Greene, chosen this week on the Lidl Division Two Team of the Year, it will be business as usual. She will monitor her blood sugars before the game and have someone doing it for her during the hour.

“Football is really tricky because exercise generally makes my bloods go low which is quite difficult but with the likes of county matches, the adrenaline and all of that before a game puts them sky high so they go the opposite way,” said Greene.

“That’s why playing football at a high level is so tricky. I would regularly get high bloods during training and even in the warm-up before a match. But I don’t let it faze me. I have a wee packet of Haribo or a Lucozade and it is grand.

“I am lucky in that sense that it doesn’t take that much out of me and I would be quite used to it from being active all the time. Recently I got a continuous glucose monitor so I wear it on my arm all the time.

“Someone on the sideline has my phone and there is an app that they use to monitor my sugars for the whole time during the game as well.”

At half-time, the responsibility is on Greene again and her teammates are well used to seeing the insulin kit come out. It takes ten minutes to register in her bloodstream.

“I go in and I prick my finger because it is the most accurate reading, just to be double sure,” she said.

“Taking insulin at half-time will mean my bloods won’t be sky high at the end of the game. When they are high, you just feel horrible, you are thirsty and have a headache. I don’t want that after a game.”

Greene was first diagnosed when she was just 12, in her first year at Loreto College in Cavan.

Prior to that, she had been feeling unwell, she would drink six bottles of water every morning to help quench her never-ending thirst, had lost weight and was feeling tired all the time.

“It was a big change going from a small rural primary school to a bigger secondary school. My parents probably thought the tiredness might have been down to that, and maybe losing a bit of weight as well,” said Greene.

“I probably didn’t make it obvious to Mam and Dad how much water I was drinking and how thirsty I was. When I look back now, there are alarm bells ringing in my ears, if someone told me that I would tell them to go and get a test for diabetes.

“They brought me to the GP and straight away sent me up to the hospital. I was vomiting at that stage and I was quite sick. But my blood sugars were so, so high. They had been high for a few days.

“Once I got into the hospital, they were brought under control again.”
Greene was always likely to suffer from Type 1 diabetes, the auto-immune condition was in her genes, her father’s brother is a Type 1 diabetic.

But it wasn’t until four years ago that Greene realised she had inherited her father’s sister’s genes as well. She was diagnosed as a celiac.

“I didn’t feel unwell at all. It was just at the diabetic clinic they noticed something funny with my bloods and sent me for further tests and it came back that I was a celiac,” said Greene.

“I was in a bit of disbelief initially because I hadn’t felt unwell. But then when I started following a gluten-free celiac diet I felt a million times better.

“Even my appearance, just when I look back at photos, when I think back to certain things I ate. Gluten heavy foods like pasta and that, I probably did feel extremely bloated.

“I feel much, much better and have much more energy now, which is great.”

Being a celiac and diabetic, Greene is in a vulnerable group during the global pandemic. But she is now fully vaccinated and looking forward to what lies ahead.

“I teach in a classroom and I live in Meath but I actually came home to Cavan for lockdown,” said Greene.

“I didn’t really have to worry. I was home with mam, dad and my sister. I didn’t actually have to leave the house at all. And mam and dad were very careful as well, being a teacher we were off school so it was online.

“I didn’t have that worry about having to go into the workplace. It would be harder for us to recover if we did get Covid so I really was trying to avoid it.

“But I kind of enjoyed it, it actually gave me time to get a really good handle on diabetes. I started listening to podcasts and realising what different exercises do to my diabetes, in terms of gym, runs and walks.

“Life is such a rat race you wouldn’t have time other than that. But I am vaccinated now, I have been vaccinated a couple of weeks so it’s all good.
“Life is back open.”